At Apple's September 15th event they introduced two gorgeous new braided Solo Loop Apple Watch Bands in deep blue and Red. Today the US Patent & Trademark Office published a patent application from Apple that covers the making of this new band that Apple describes as "Stretchable recycled yarn interwoven with silicone threads designed for ultracomfort with no buckles or clasps. 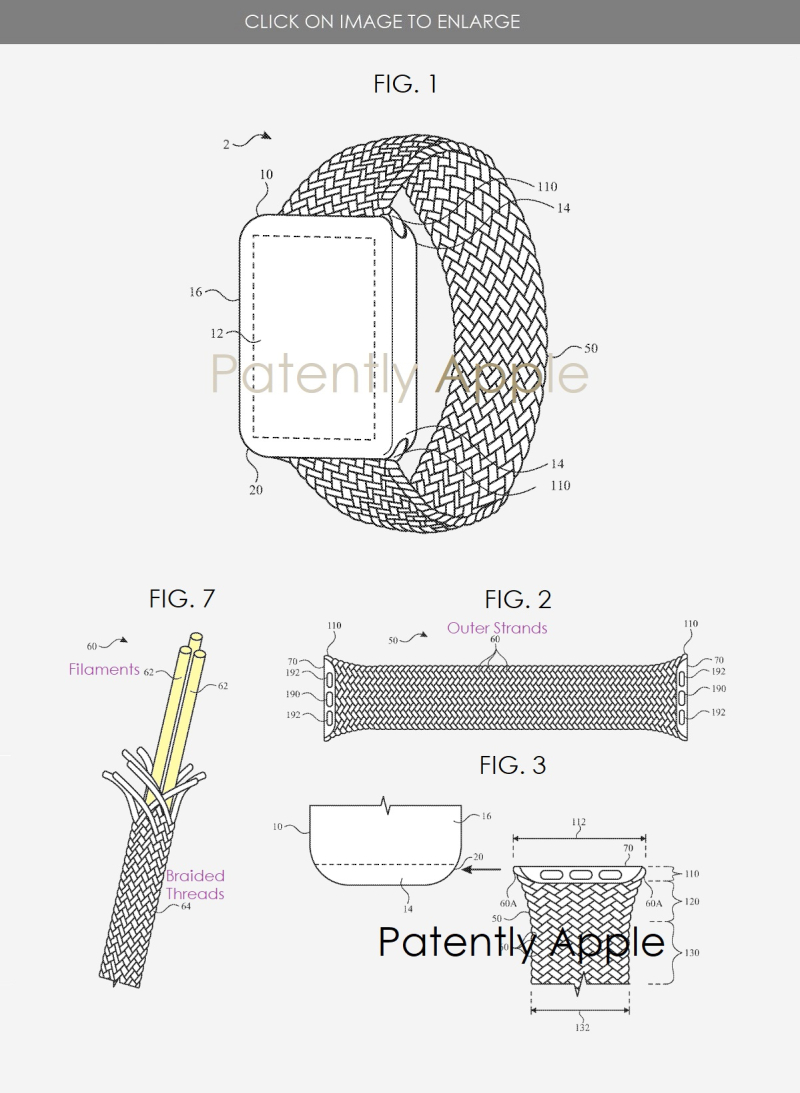 Further to patent FIG. 7, Apple notes that each strand (#60) can be formed by one of a variety of arrangements. The filaments (#62) can be stretched or elongated along longitudinal lengths and include an elastic material, an elastomer, rubber, nitrile, hydrogenated nitrile, ethylene-propylene, fluorocarbon, chloroprene, silicone, fluorosilicone, polyacrylate, ethylene acrylic, styrene-butadiene, polyurethane, natural rubber, or combinations thereof.

For the finer details of Apple's invention, check out patent application number 20200323316 that was published today by the U.S. Patent Office was filed back in April 2020. Some original work on this is shown to have been done in 2019.

This is a patent fulfilled as it came to market in September 15 at an Apple Event.