States using the underlining Apple-Google Contract Tracing technology in their apps, are starting to make them work across State Lines 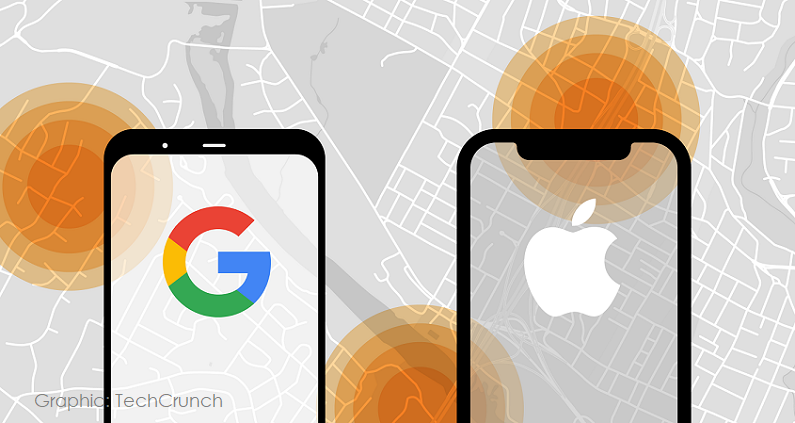 It's being reported this morning that six months after it was announced, the tech that Apple and Google built for sending Covid-19 exposure alerts to smartphones is finally gaining momentum in the United States.

New York and New Jersey both released Covid-19 alert apps this week, bringing the total to 10 states plus Guam which have published apps using technology from the Apple-Google partnership. 70 million people, or 21% of the U.S. population, now has access to a Covid-19 app, according to a CNBC analysis using U.S. Census data.

More are coming soon, too. Five other states plus Washington D.C. have announced plans to use the Apple-Google exposure notification system, and California and Arizona are currently testing apps in pilot programs.

The U.S. does not have a national app strategy, unlike other countries, so the development of the apps falls to the state level. The apps are now starting to work across state lines.

One concern with early apps was that they would not be able to communicate with other exposure notification apps — so, for instance, if someone with a Virginia app tested positive for Covid-19 and was close to someone with the North Carolina app, the system wouldn’t be able to ascertain the connection, and the person with the North Carolina app wouldn’t get a notification.

That's beginning to change starting with the apps from New York, New Jersey, Delaware and Pennsylvania. All will be able to exchange notifications and Connecticut is next when they release their app shortly.

CNBC's report is quite extensive, so if you want to learn more, read their full report.

Lastly while on the topic of COVID-19, earlier this morning White House physician Dr. Sean Conley and other members of the medical team briefed reporters on President's Trump’s condition. Conley said they were "extremely happy with the progress" Trump is making. For those not demonizing the President, it's great news.