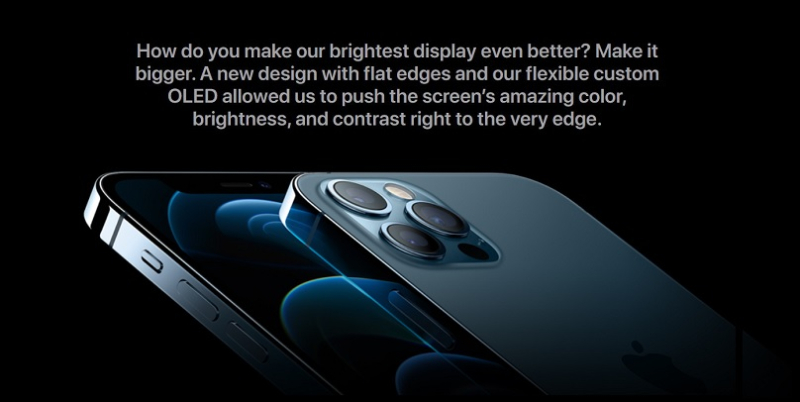 In July Patently Apple posted a report titled "Samsung Display's business with Apple is expected to triple as all iPhone 12 models will offer Flexible OLED Displays. The report noted that UBI Research predicted that by 2023, flexible OLED panel shipments would overtake rigid OLED displays. They predicted that Apple would lead the way.

Apple's new iPhone 12 do in fact use "flexible OLED" displays and their iPhone 12 Pro includes a "custom" flexible display as noted in Apple's marketing verbiage highlighted in our cover graphic.

Today, a new Korean tech report states that data from research firm Stone Partners is aggressively predicting that half of new flexible OLED smartphones launching in 2021 will be produced by Apple.  That's year's ahead of the UBI Research prediction.

The research firm is claiming that 315 million smartphones launching next year will use a flexible OLED panel. This is 52% higher than this year’s expected shipment of 207 million units.

Stone Partners further expects 282 million smartphones will use rigid OLED panels next year, a 24% increase from this year’s 2.27 million units.

Apple is expected to ship 90 million OLED iPhones. This will increase by 80% to 160 million in in 2021, the research firm said.

Samsung’s flexible OLED smartphone shipment, meanwhile, is expected to increase from 53 million this year to 90 million next year.

Meanwhile, total OLED smartphones shipment that combines both flexible and rigid panels will be 434 million units this year, the research firm said. This will jump to 597 million units next year.

With Apple being the global premium smartphone leader, it stands to reason that they would lead the way with the best available displays for iPhones.