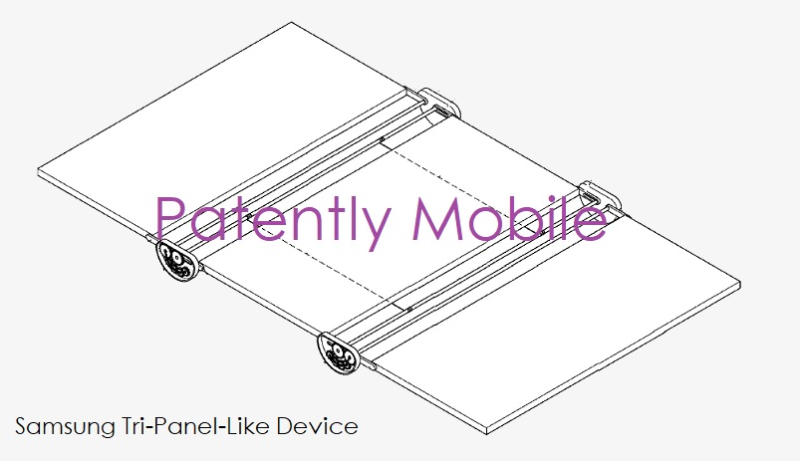 Patently Apple has discovered that Samsung is already working on the next chapter of the Galaxy Fold lineup. Samsung patents made public last week reveal that Samsung Engineers are working on a possible Galaxy Tri-Fold-Like device with dual hinges that could be marketed as a smartphone, tablet or even a mobile TV.

Samsung's patent FIGS. 1 & 2 below illustrate a device unfolding that has three-like display panels; FIG. 24 illustrates a device with a three-panel-like appearance unfolded.

Samsung describes that quality audio could be delivered by a sound generator that vibrates output of audio through the display panels. This sounds like something that Apple has been working on since at least 2012. Sony and LG use this for next-gen TVs. Sony calls it acoustic surface and LG calls is Crystal sound. LG uses this technique on some notebooks too.

In a second Samsung patent 20200329569 filing made public last week, we see a new  hinge design has been created to support such a tri-fold constructed device in patent FIG. 10 below. 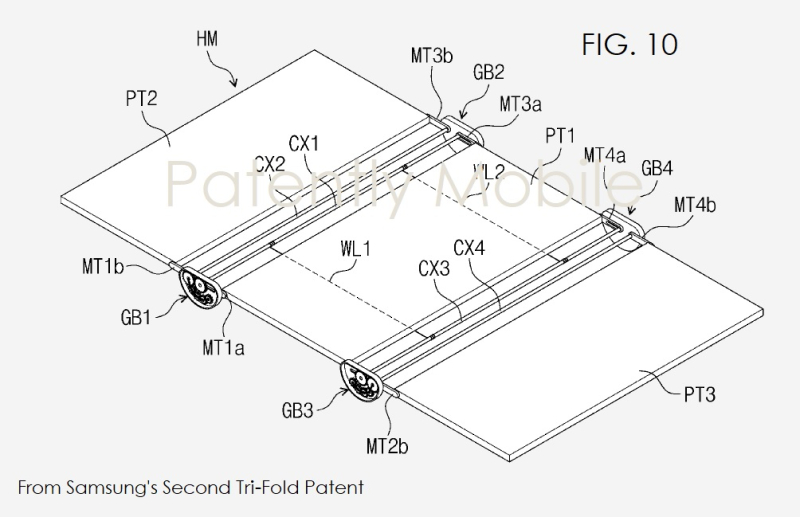 Samsung's second patent on a tri-fold device focusing on the new hinge system was published last week by the U.S. Patent Office and originally filed in Q1 2020. They filed for it in Korea one year earlier. To dig in for more details, click here.