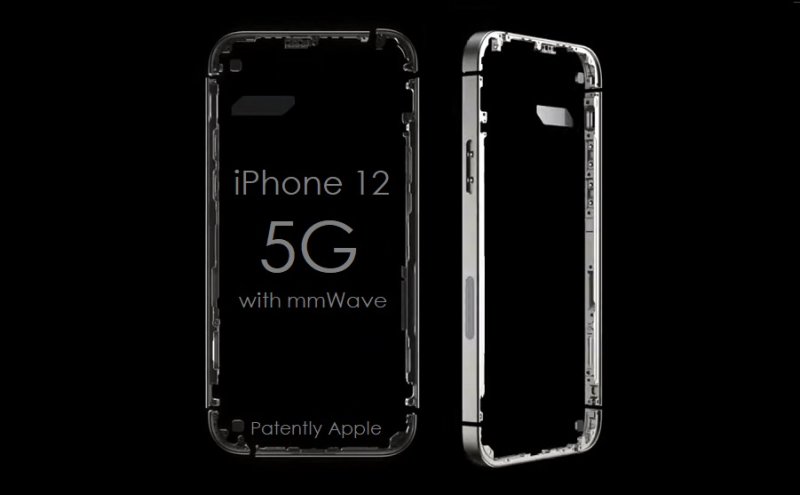 A report out of Korea notes that Apple’s iPhone 12 for the US market is shown to have a 5G mmWave antenna on its sides. The US versions have a mmWave antenna window below the power buttons. This feature is absent in models sold in other countries.

Apple has said at the unveiling event for the iPhone 12 that it has custom designed the 5G antenna and RF front-end on the phone. The antenna module board is supplied by LG InnoTek.

LG InnoTek announced in July that it was planning to spend 127.4 billion won (US$111 million) to expand its telecom semiconductor substrate production line at Gumi. The expansion will last until June, 2021.

The Korean report speculates that the "LG InnoTek’s substrates are supplied to Qualcomm, which in turn uses it to make the mmWave antenna module and supplies them to Apple. The RFIC of the antenna module is likely Qualcomm’s.

28GHz mmWave is currently only serviced by Verizon in the US in limited areas. This is why Apple's event focused on Verizon out of the gate. The video below is set to begin when Apple's CEO Tim Cook introduced Verizon at the event to talk about 5G. When that segment ends, you can end the video as we're unable set when a segment ends.

In other Supply Chain News

Pegatron and its wholly-owned chassis-making subsidiary Casetek, both in the supply chain of Apple devices, are expected to see strong shipment pull-in momentum from the US vendor for new iPhones, iPads and MacBooks through the first quarter of 2021, according to industry sources.

Pegatron reportedly has landed around 30% of contract production orders for new iPhone 12 series compared to 60% for Foxconn, focusing particularly on the 5.4-inch iPhone 12 mini.

The company is expected to maintain volume shipments in November-December, and expects good sales of iPhone 12 mini to drive a new wave of growth in the months ahead, the sources said.

Pegatron and other iPhone 12 series supply chain players will see quarterly revenues reach the year's high in the fourth quarter along with the upcoming ramp-up in sales of new iPhones to hit market shelves starting later in October, the sources continued.