Home Archives Contact Us Subscribe Twitter MeWe Facebook Patently Mobile
Research Firm Claims that Apple's Fiscal Q4 should be strong based on great iPhone SE sales and one of the best September Quarters in Years
Foxlink, who is opening a new Factory in India to make Cables for Apple Products, had its Plant Sabotaged by a Chinese National 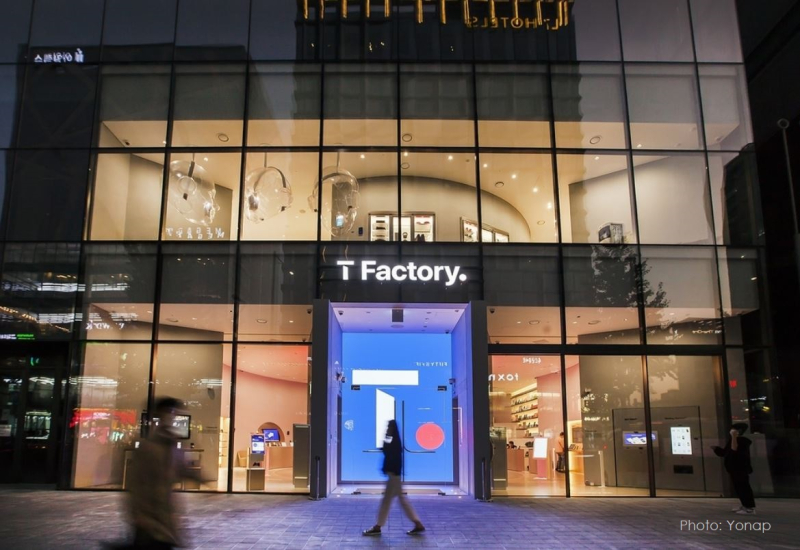 A Korean news site is reporting this morning that SK Telecom Co., South Korea's largest wireless provider announced today that it will open a new flagship store by partnering with Apple, Microsoft and Samsung.

The new store, named T Factory, shown in our cover graphic, is located in the trendy neighborhood of Hongik University in western Seoul. It's set to open this Saturday.

SK Telecom said it partnered with the US tech giants and Samsung Electronics Co. to showcase their latest products and services, including the carrier's cloud gaming service, launched in September with Microsoft. It added that the store will have a separate zone just for Apple products.

The flagship store will also feature an unmanned zone in line with social distancing efforts amid the pandemic, where users can purchase or sell phones through digital kiosks, and receive pay plan recommendations via artificial intelligence.