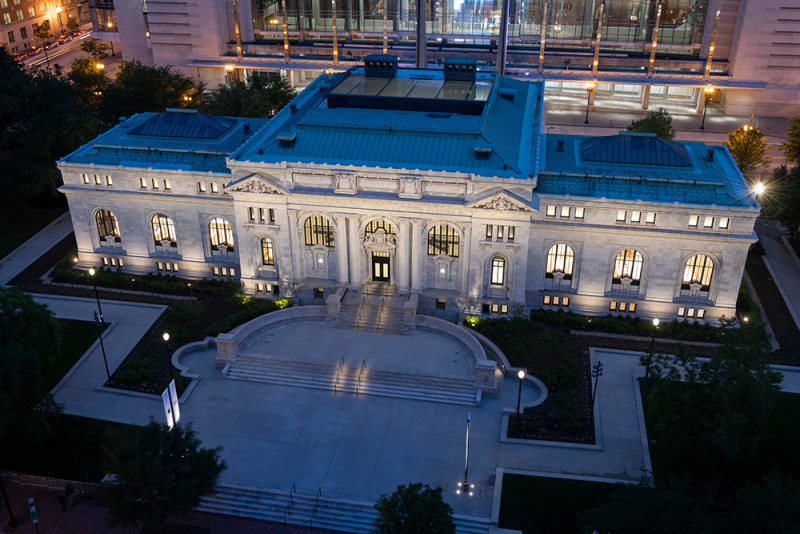 The American Architecture Awards give an important overview of the current aesthetic direction of today’s commercial, corporate, institutional, and residential work in the United States to the real estate, banking, business, and corporate community, as well as to the press and general public.   The program is one of the Museum’s most important public education outreach initiatives produced throughout the year―to both the Museum’s U.S. and international audience. The American Architecture Awards are dedicated to the recognition of excellence in architecture and urbanism in the United States.

Yesterday the Architectural Design & Engineering firm Foster + Partners announced via a tweet that the Apple Carnegie Library was a 'Winner' at this year’s American Architecture Awards. This news had first been revealed on September 20, 2020 by APR 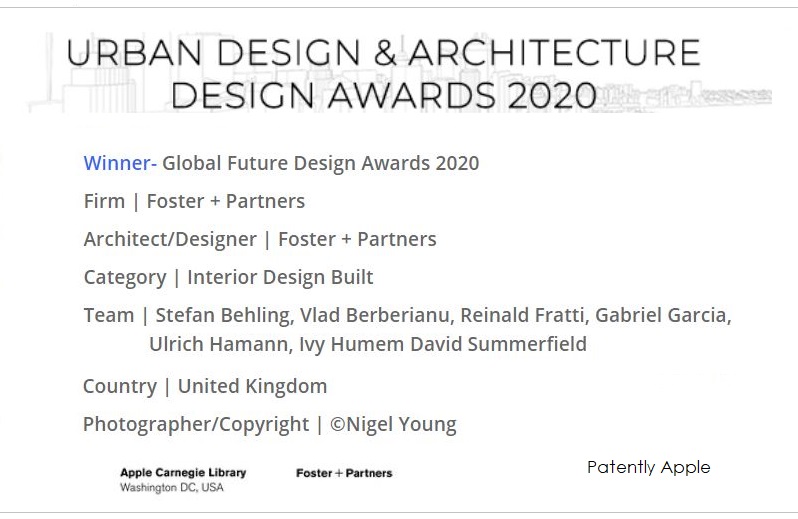 We are delighted Apple Carnegie Library is a 'Winner' at this year’s American Architecture Awards. pic.twitter.com/7zkYOrPNxu

After a period of neglect, Apple Carnegie Library continues the traditions of the building by creating a new platform for learning, performance, and art for a new generation.

The listed Beaux-Arts style building has been restored to its previous grandeur, with entrances on both sides of the north-south axis, creating an inviting urban route through the building. The southern entrance, which was the original entrance to the library, is fronted by a grand plaza that will host public concerts and events. 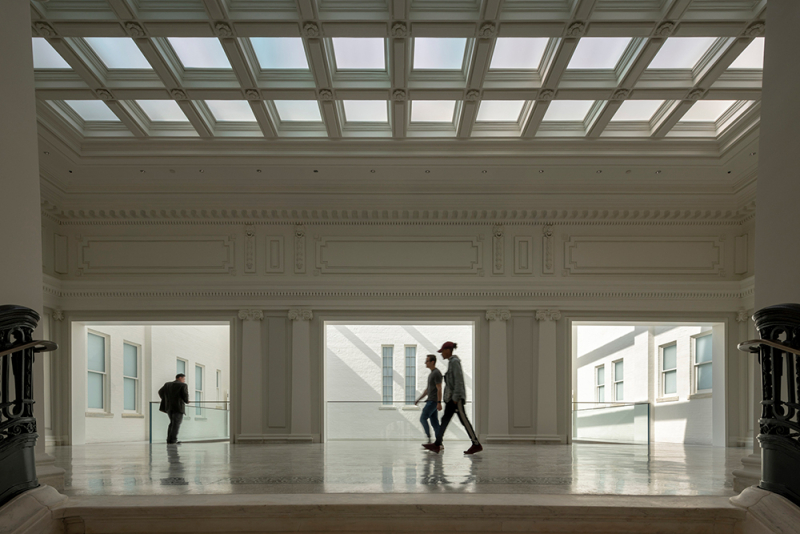 The heart of the building has been transformed into a soaring double-height space, capped by a new skylight that brings natural light deep into the interior spaces. Here, the Forum forms the vibrant, creative hub of the building, where experts from various fields will entertain and inspire the local people. The audience can view the performances and workshops from two levels, creating a lively and interactive experience.

The entire palette of materials used in the interior was chosen to suit the historical surroundings, inspired by the distinctive early 20th century detailing in the building. The project is driven by a very sustainable agenda, which included upgrading the historic building by reintroducing natural ventilation and the generous use of daylight, as well as a commitment to locally sourced materials. 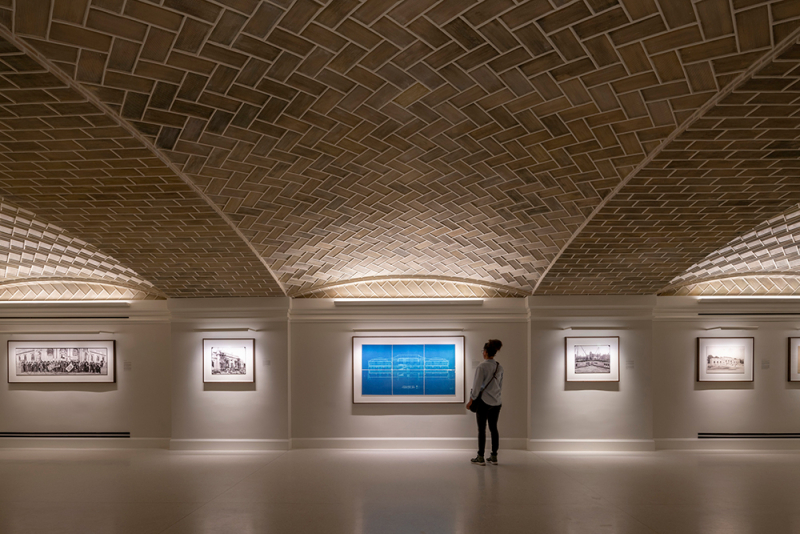 A grand staircase leads to the DC History Center on the second floor and the Carnegie Gallery in the basement, which displays historical photographs and documents for the public to learn about the origins and history of the building.

Apple Carnegie Library also reinvigorates the surrounding park while enhancing the northern entrance to create a clear route through the building that strengthens the connections between the northern and southern ends of the site.

Click on Photos below to view in Jumbo Mode 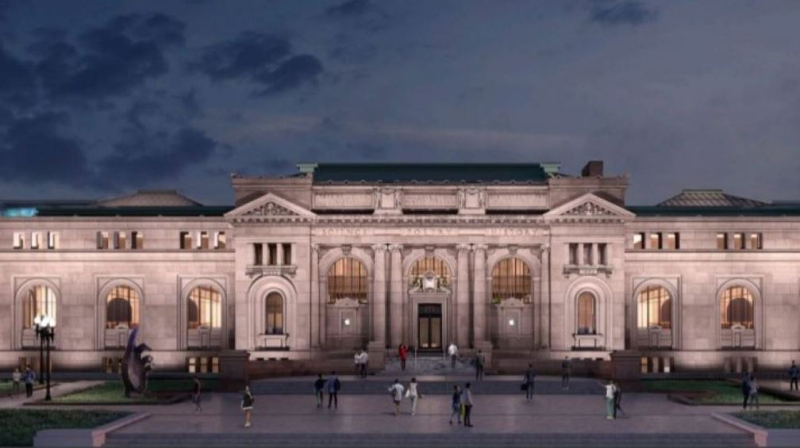 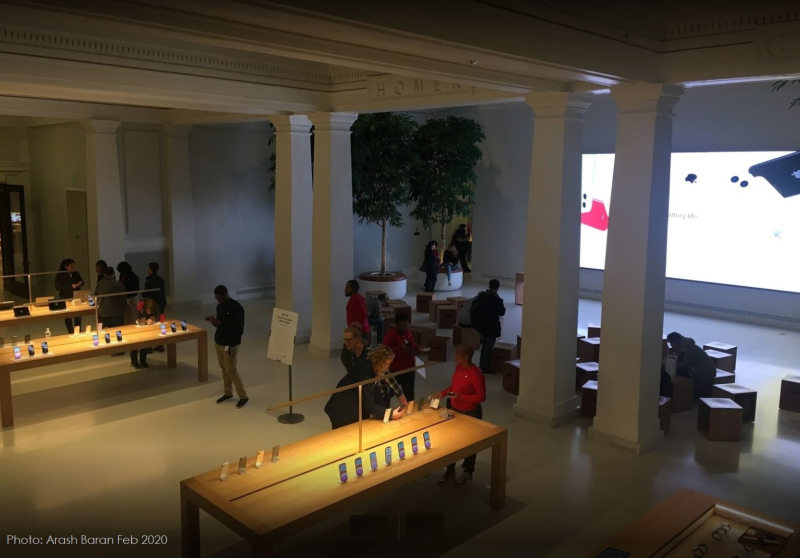 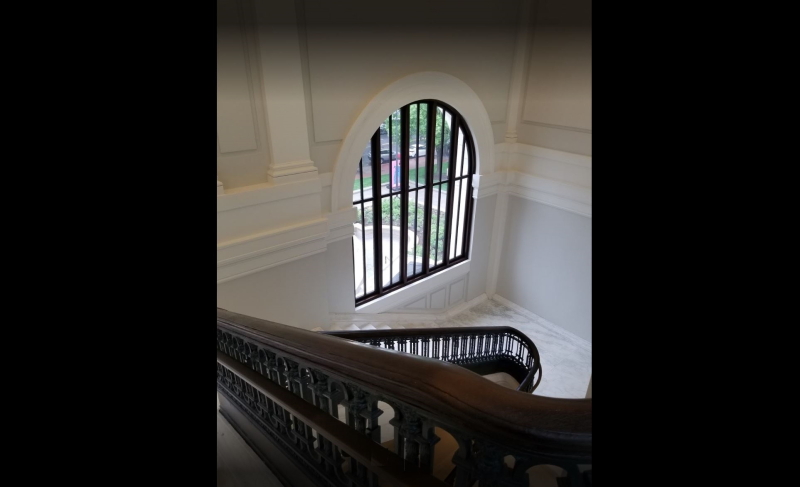 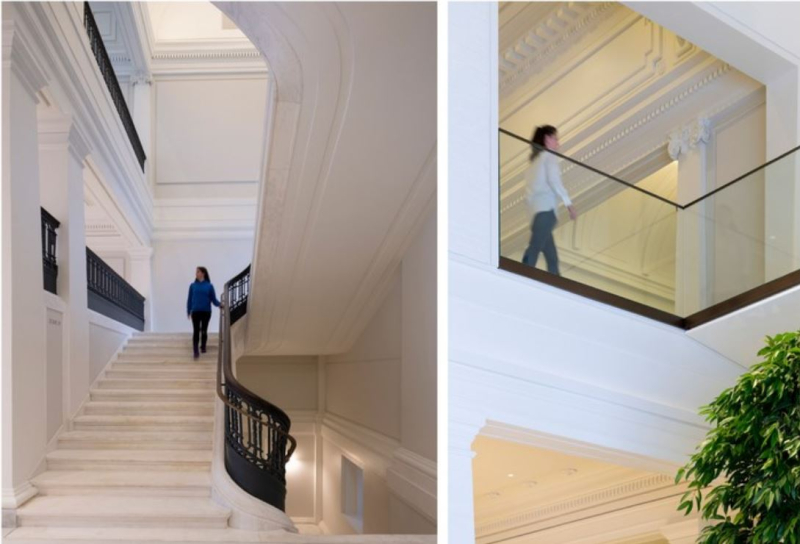 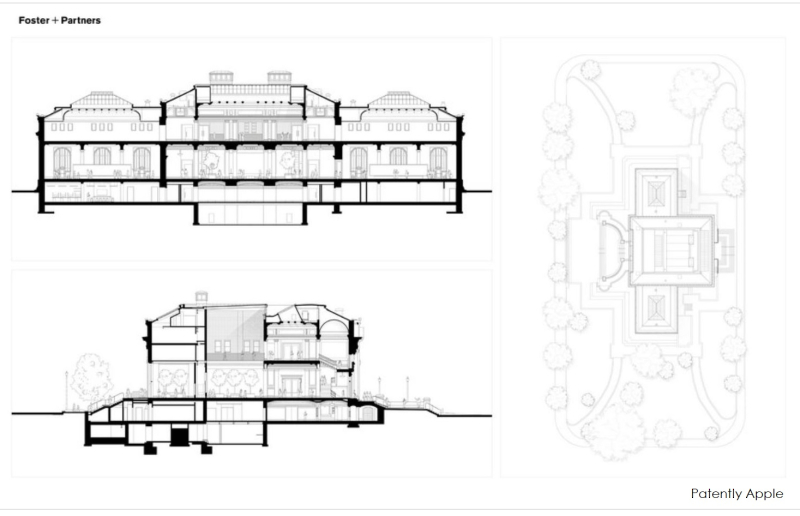 Over the summer, Antifa anarchists and groups like Black Lives Matter disgracefully smashed and looted the iconic Apple Store.