Home Archives Contact Us Subscribe Twitter MeWe Facebook Patently Mobile
States using the underlining Apple-Google Contract Tracing technology in their apps, are starting to make them work across State Lines
Apple VP's for Hardware and Product Marketing talk up a storm about the new iPads on a Video Podcast over the weekend

Apple's Master Patent Covering Apple Arcade has been published in the U.S. and Europe 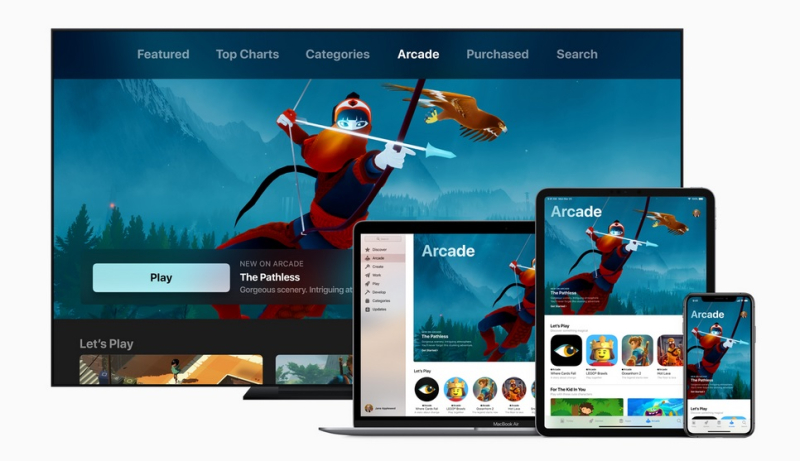 Last March 'Apple Arcade' was introduced. Apple noted that their new game subscription service featured over 100 new and exclusive games right out of the gate, including original releases from renowned creators Hironobu Sakaguchi, Ken Wong, Will Wright and dozens more. This weekend Patently Apple discovered a patent filing related to Apple Arcade in Europe which had also been published in the U.S. on September 24th.

Apple's master patent filing for Apple arcade presents 220 patent figures and 599 paragraphs. The first 194 paragraphs cover the basics of touch devices that the games will play on, mainly being iPhones and iPads, with the patent listing Macs, the Apple TV box and television without details.

In paragraph #0195 Apple begins describing a game controller presented in patent FIG. 5K as illustrated below. Our report presents 14 patent figures that cover some of the key interfaces relating to Arcade on the iPhone and iPad.

Our  patent FIGS in the 6-Series below relate to ways in which Apple devices present UI's of the application store that are specific to a respective applications. 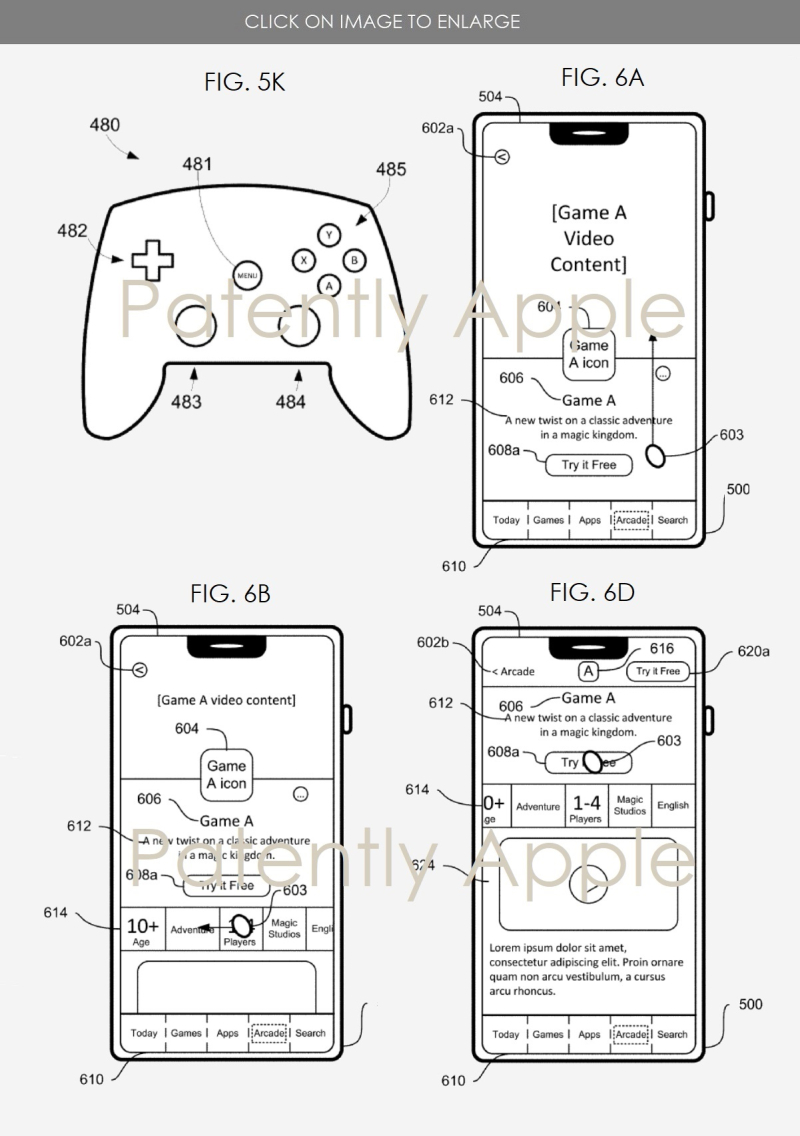 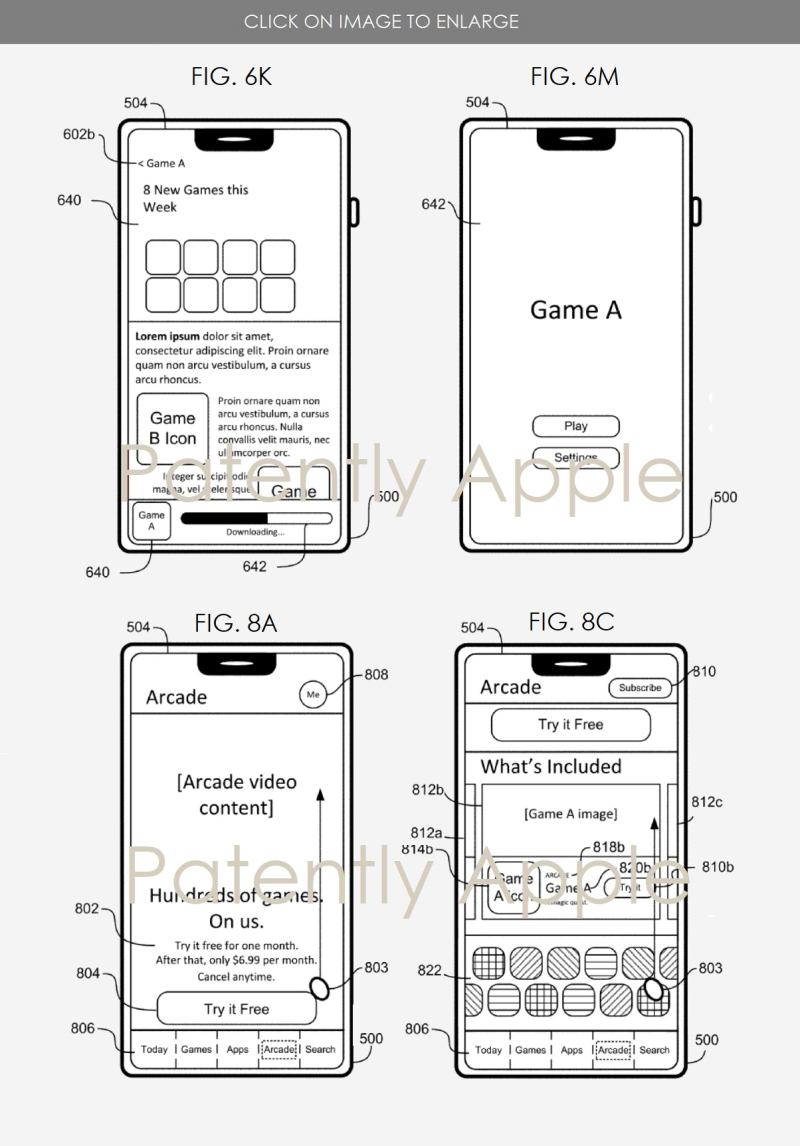 Our  patent FIGS in the 8-Series above and below illustrate exemplary ways in which Apple devices present application store user interfaces that include information about applications in a respective category. 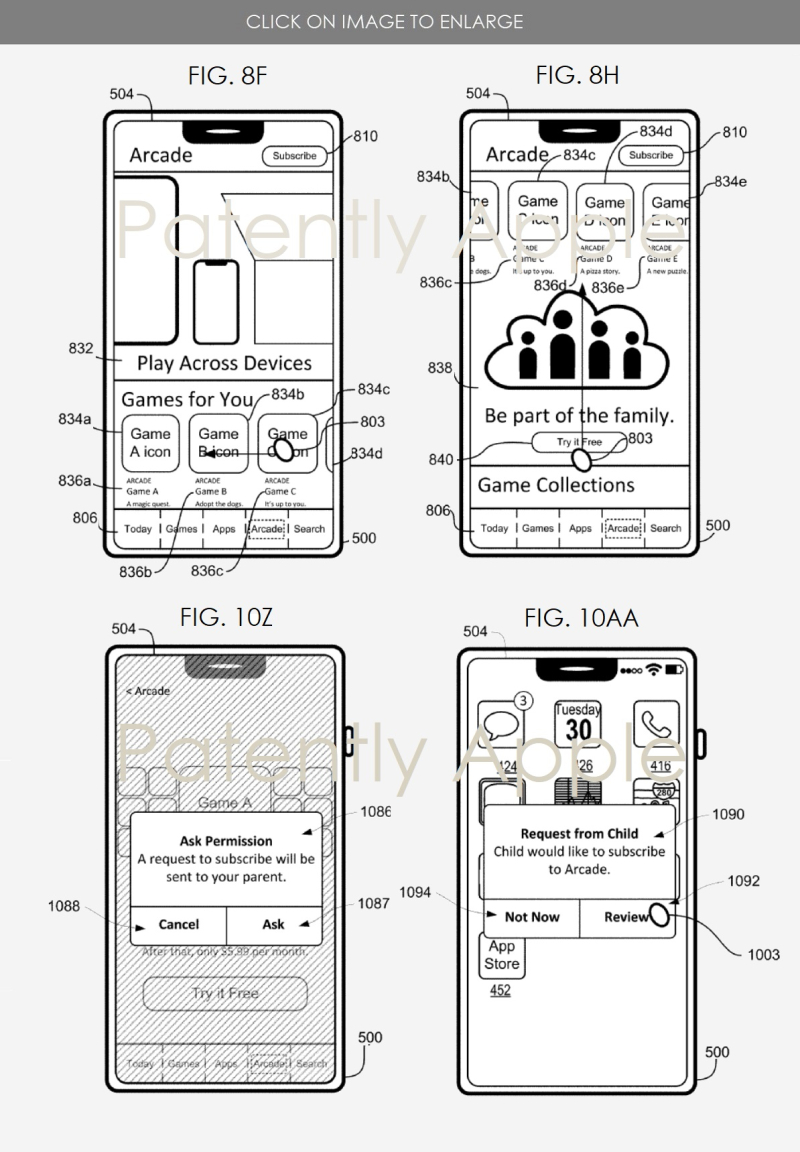 Our Patent figures above in the 10-Series illustrate exemplary ways in which Apple devices access subscription and non-subscription applications. 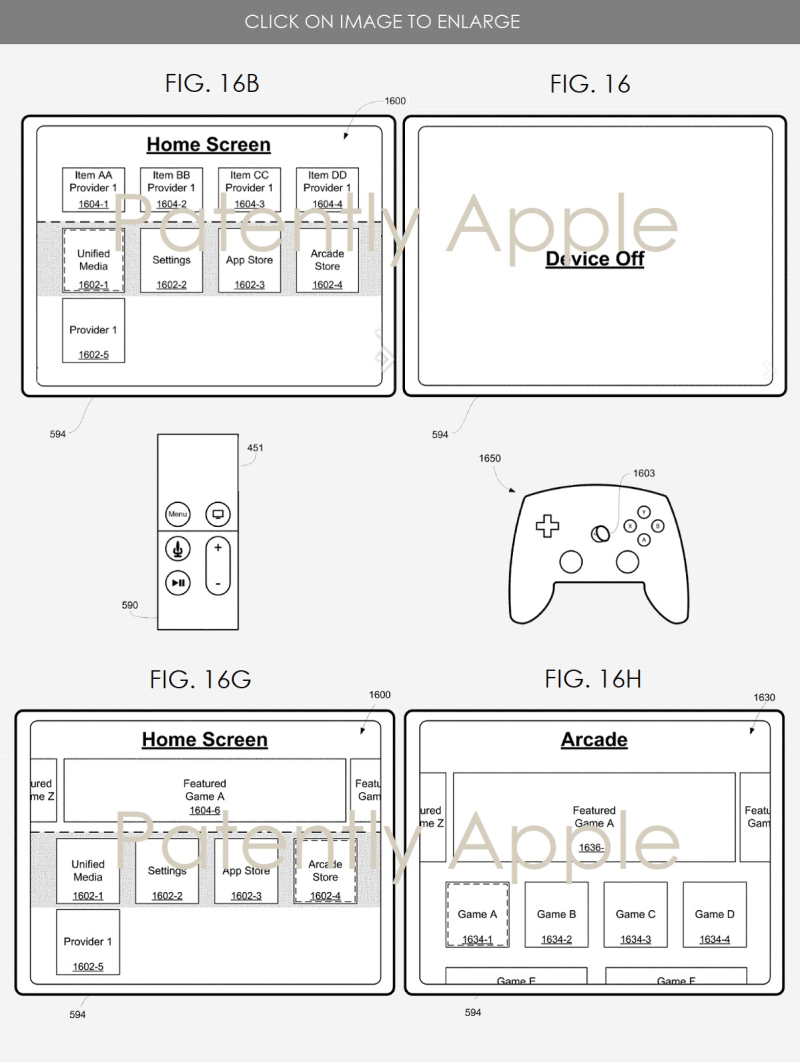 Every aspect of "subscriptions" related to Arcade is meticulously explained. The patent filing is broken down into 7 distinct chapters after the basics of the system, force touch and device basic are dealt with.

Apple's patent application, number 20200302512, was published on September 24th by the U.S. Patent Office. It was originally filed back in September 2019. You could review the U.S. patent here and the European filing here. The paragraph numbers that we list in our report only  relate to the U.S. patent filing, as Europe doesn't number each paragraph.