Home Archives Contact Us Subscribe Twitter MeWe Facebook Patently Mobile
Apple VP's for Hardware and Product Marketing talk up a storm about the new iPads on a Video Podcast over the weekend
Bruce Springsteen, Known as the 'The Boss' to many, has his new Documentary coming to Apple TV+ on October 23

Apple's iOS 'Measure' App Patent has Surfaced in both the Patent Offices of the U.S. and Germany 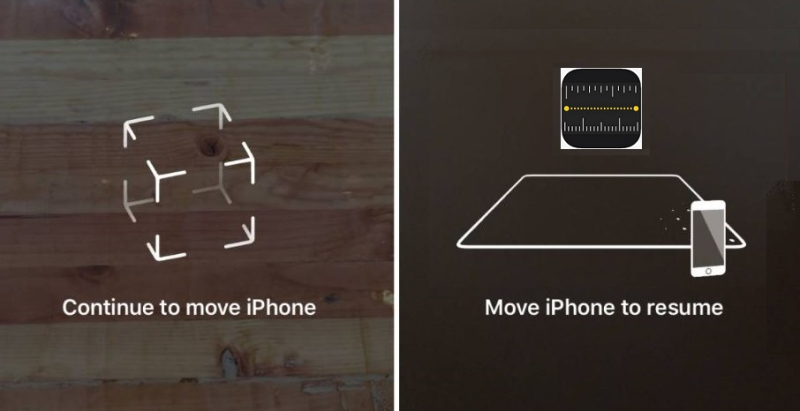 On September 3, 2020, the U.S. and German Patent Offices published a patent application from Apple that relates to their iOS AR Measurement app. The patent notes that in the future an Apple Watch or Smartglasses with a camera will also be able to perform the act of AR Measurements which is today restricted to the iPhone and iPad.

Apple's patent begins by noting that "there is a need for a more efficient and improved technique that provides measurements using an electronic device. The technique provided herein enables an electronic device with a camera, such as a smartphone or a device that can be worn on the body (e.g. a smart watch or smart glasses), to automatically collect and generate required data from the real environment in order to match the device to enable precise measurements of physical spaces and / or objects within the real environment to be determined and provided quickly and efficiently.

While it's fairly common to find Apple smartglasses with built-in cameras, it's rarely mentioned in context with an Apple Watch. There was one patent filed last June for a camera in a future Apple Watch band.  Apple making this a patent point so early in the application was very interesting.  Microsoft filed for a patent covering a more sophisticated camera for a future smartwatch. Though with Microsoft dropping out of the fitness band market last year, it's difficult to say if such a watch will ever surface.

Apple provides 3 examples with multiple patent figures per example breaking down a step by step review of performing an AR measurement. Our report only covers two of the examples. The patent presents 13 images from Figs. 1A-1G and Figs. 3A-3F. Below you'll find two patent FIGS. per example below of a user taking measurement of their MacBook and a painting on a wall. 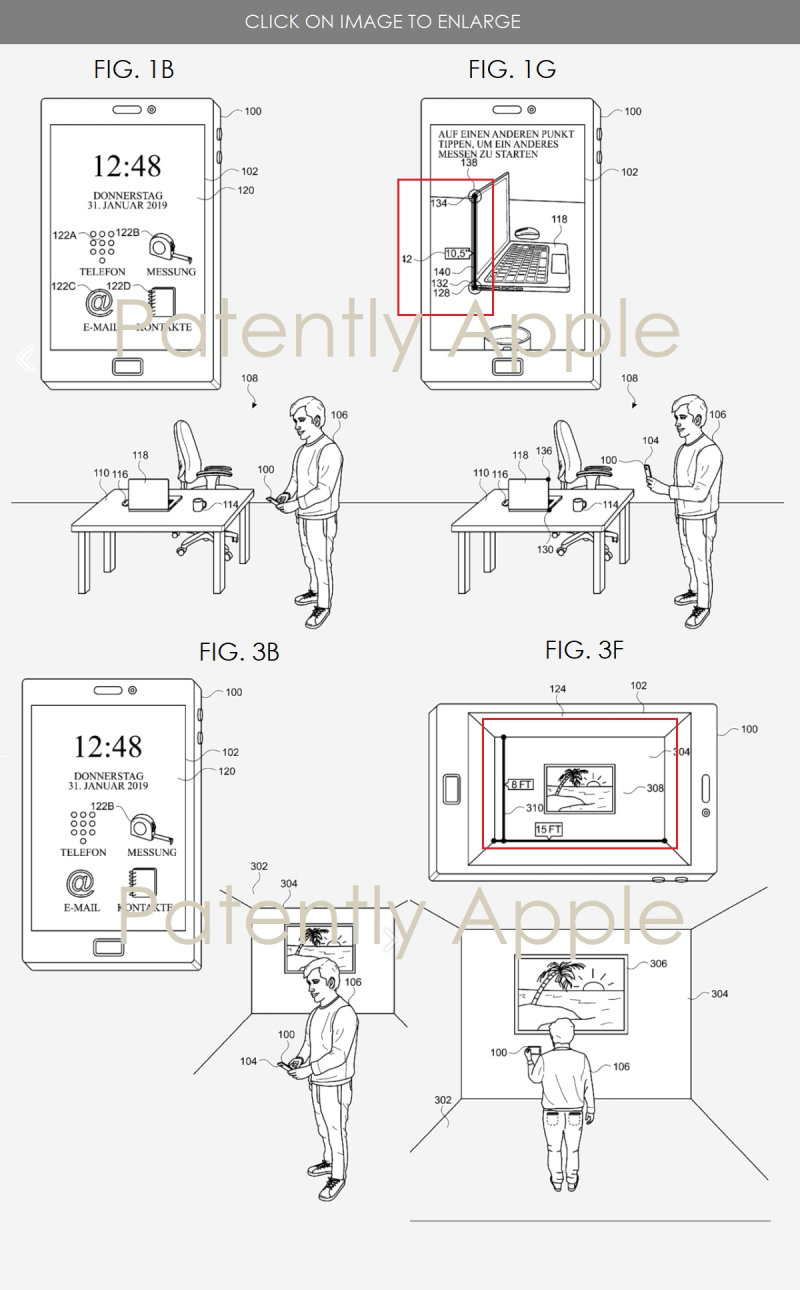 For those that have never used Apple's Measure app, Apple has created a short tutorial titled "Use the Measure app on your iPhone, iPad, or iPod touch," here. You could also check out the Macworld video below showing the app in action in a home.

For those that wish to drill into the details, review the U.S. Patent application 20200279386 here. For our German audience, you could check out the details in native German here for "Description" information and here to view the patent figures of patent number 20200302512.

For quick measurements of furniture, for example, I found that the Measure app was really convenient. Below is an image with a  single AR measurement of the width of my rattan utility unit using the Measure app that was  first shown in Patently Apple report on the Measure Icon trademark posted back in March 2019. The measure app shows a width of 54 cm. I measured it with a  measuring tape and it measures exactly 23 inches or 58.42 cm. So it's a little off just as the reviewer in the Macworld video stated as well. But still, good enough for rough measurements on-the-fly. 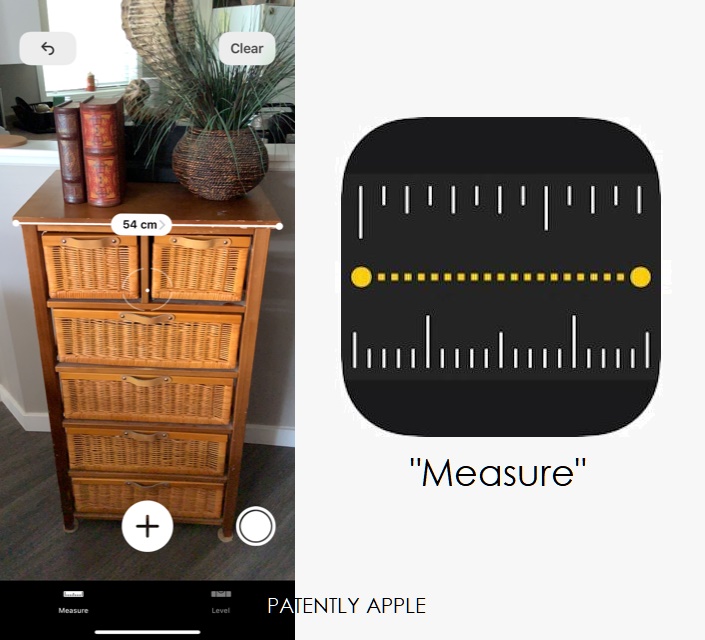