The U.S. Patent and Trademark Office officially published a series of 45 newly granted patents for Apple Inc. today. In this particular granted patent report, we cover Apple’s invention about a system that may include one or more U-shaped finger-mounted devices configured to be mounted on a user's fingers while gathering sensor input and supplying haptic output to users wearing a Head Mounted Display system (glasses or full headset for gaming etc.).

Apple notes that sensors associated with the finger devices may include force sensors, inertial measurement units, proximity sensors, touch sensors, and other sensors.

Haptic output devices in the finger-mounted devices may provide vibrations and other haptic output to the fingers of a user as the user interacts with real-world objects and computer-generated virtual objects in virtual reality and mixed reality environments. 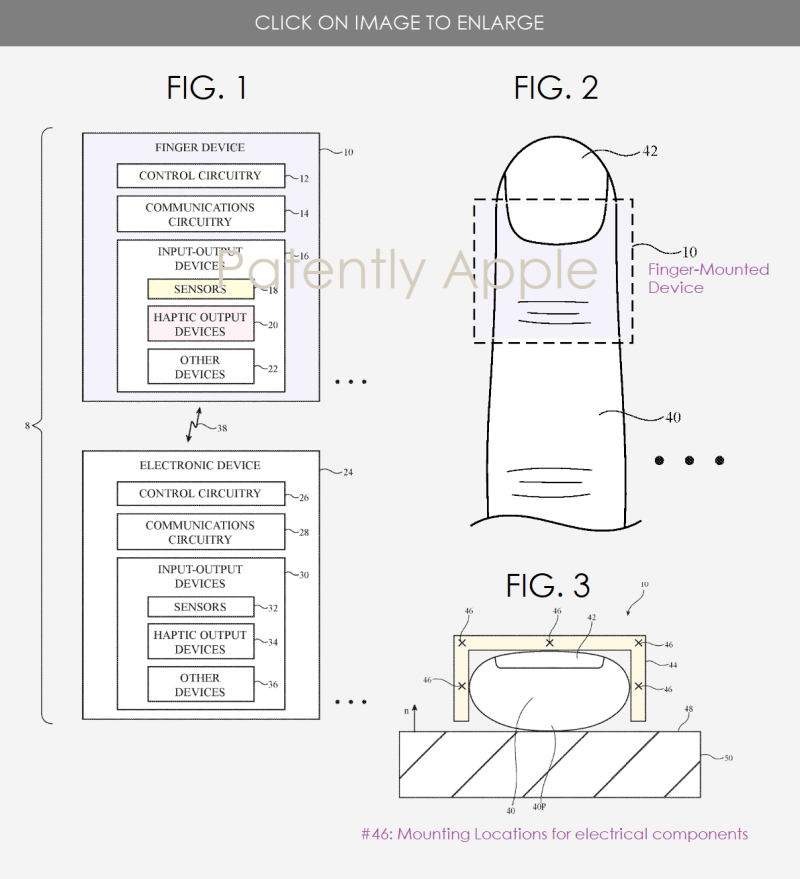 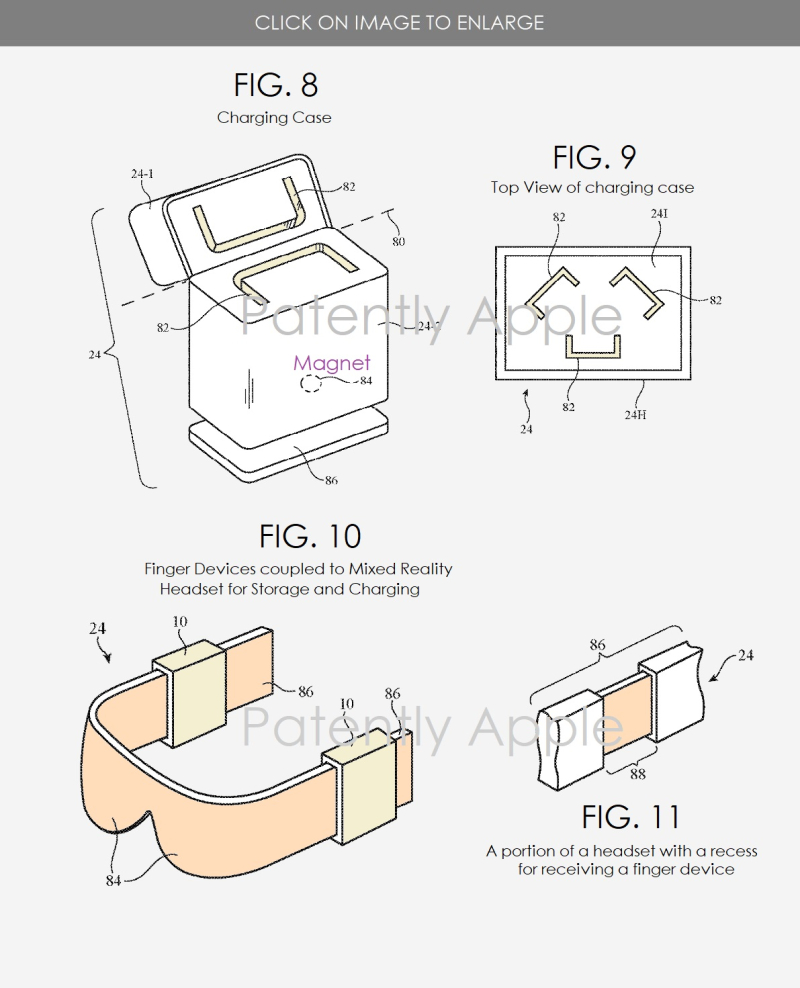 Apple's granted patent 10,795,438 was published today by the US Patent and Trademark Office. For more details you could also check out Patently Apple's patent application report posted in October 2019.