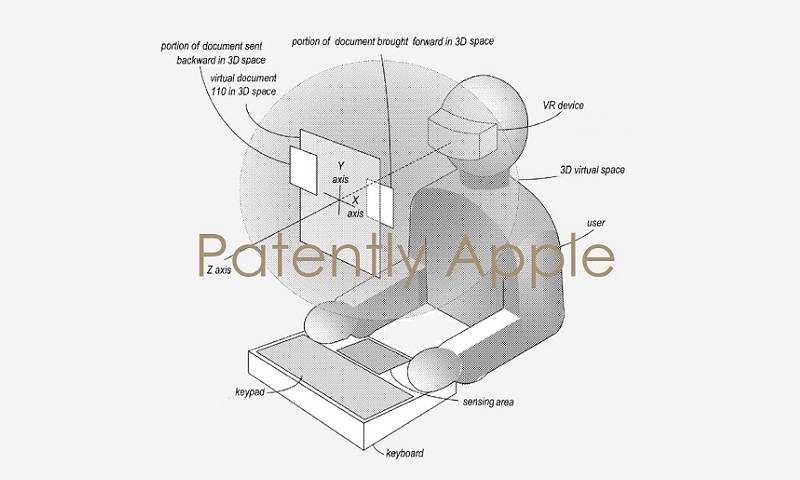 In-part and in reality, Apple's mixed reality headset could double as a portable desktop and/or desktop replacement. For professionals on the road, using a mixed reality headset as their 30" display to work on large documents or architectural drawings or an ad campaign is vastly superior to a notebook to be sure.

Embodiments of 3D document editing systems, methods, and graphical user interfaces (GUIs) are described that may include a virtual reality (VR) device such as a VR headset, helmet, goggles or glasses for displaying documents in a 3D virtual space, and an input device (e.g., keyboard) for entering and editing text or other content in the documents and that includes sensing technology for detecting gestures by the user.

To learn more about this and view more patent figures, read our full 2018 report here or review Apple's granted patent 10,817,126 that published today by the U.S. Patent Office.