Apple is Launching their all new 24/7 'Apple Music TV' Service today for the U.S. Market Only 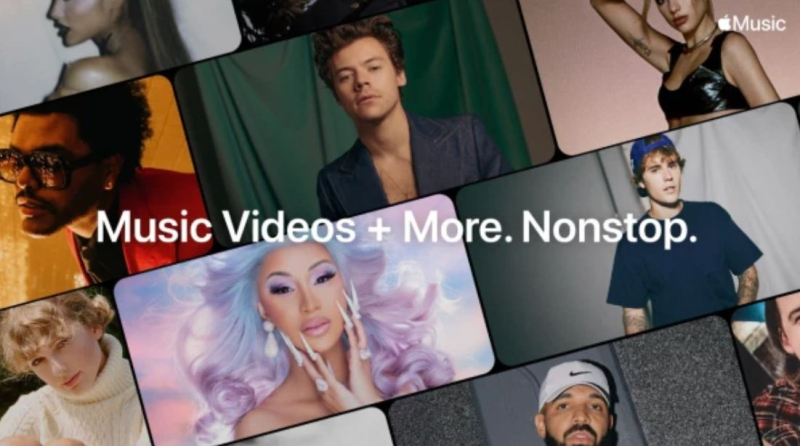 It's being reported today, prior to an official Apple press release, that Apple has launched Apple Music TV, a free 24-hour curated livestream of popular music videos that will also include "exclusive new music videos and premiers, special curated music video blocks, and live shows and events as well as chart countdowns and guests."

The service premiered Monday morning (Oct. 19) with a countdown of the top 100 all-time most-streamed songs in the U.S. on Apple Music. On Thursday (October 22), it will celebrate the upcoming release of Bruce Springsteen's "Letter to You" album with an “all day Bruce takeover” featuring music-video blocks of his most popular videos, an interview with Zane Lowe, anchor of Apple Music’s radio station, and a special livestream fan event.

It will also have two exclusive video premieres on Friday at 12 p.m. ET/9 a.m. PT, Joji’s "777" and Saint Jhn’s "Gorgeous"; the channel will premiere new videos every Friday at that time.

Further details were scant before launch, but Lowe’s involvement implies a connection between the new TV channel and Apple Music 1 radio station (formerly called Beats 1), its on-air hosts and its purview, which is geared toward hits but features adventurous programming, largely overseen by Lowe. However, the fact that the channel is launching with a heritage artist like Springsteen implies a difference in scope.

The move is the long-anticipated culmination of years of speculation and talk about when and how the company would move into the music video space, which has long been dominated by YouTube, Vevo and, in the past, MTV. For more, read the full report on Variety.

If there's added news on this announcement from Apple's press release when launched, we'll add it to this report.

UPDATE 3:40 p.m. PST:  A second Variety report surfaced hours later covering Apple Music TV's Chief Rachel Newman Talking about the new service and it's exclusive interview with Bruce Springsteen coming this Thursday. There's a lot to the report that you could read about here.