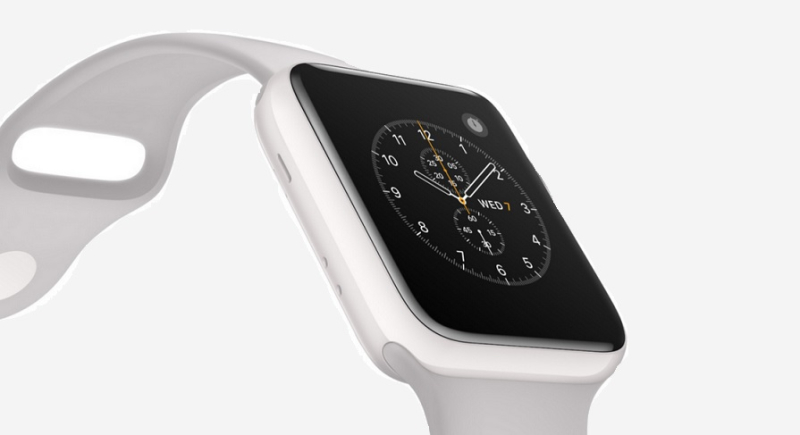 Today the US Patent & Trademark Office published a pair of patent applications relating to wireless charging devices like an Apple Pencil and an Apple Watch and more importantly a new haptic feedback system for Apple Watch that under consideration that will introduce an actuation member formed from a shape-memory alloy (SMA). The new material will allow iPhone, iPad and Apple Watch teams to reduce some of the bulk of each device due to this next-gen haptic feedback device could be made much smaller.

Apple's patent covers systems, devices, methods, and apparatuses that are directed to Apple Watch or other electronic device having a haptic device with an actuation member formed from a shape-memory alloy and a restoration mechanism, and methods for providing haptic outputs using the haptic device.

The haptic device may be positioned at least partially within the enclosure and configured to provide a haptic output along an external surface of the enclosure. The haptic device may include an actuation member formed from a shape-memory alloy material and configured to contract in response to a signal generated by the processing unit and produce at least a portion of the haptic output.

Apple's patent FIG. 1 below shows a functional block diagram of an example electronic device that incorporates a haptic device with an SMA actuation member and a restoration mechanism. 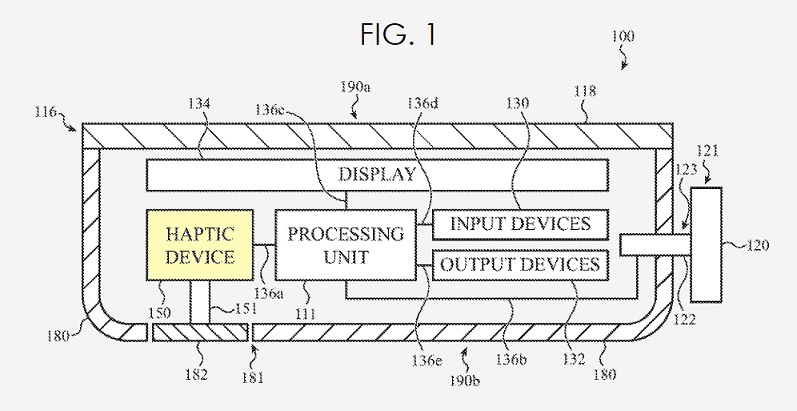 Apple's patent application number 20200326779 that was published today by the U.S. Patent Office was filed back Q1 2020 with some prior work being done back in April 2020. Considering that this is a patent application, the timing of such a product to market is unknown at this time.

A Second Apple Watch patent 20200328614 takes a different approach to providing haptics by being combined with a wireless charging coil. You could review the patent in full here. 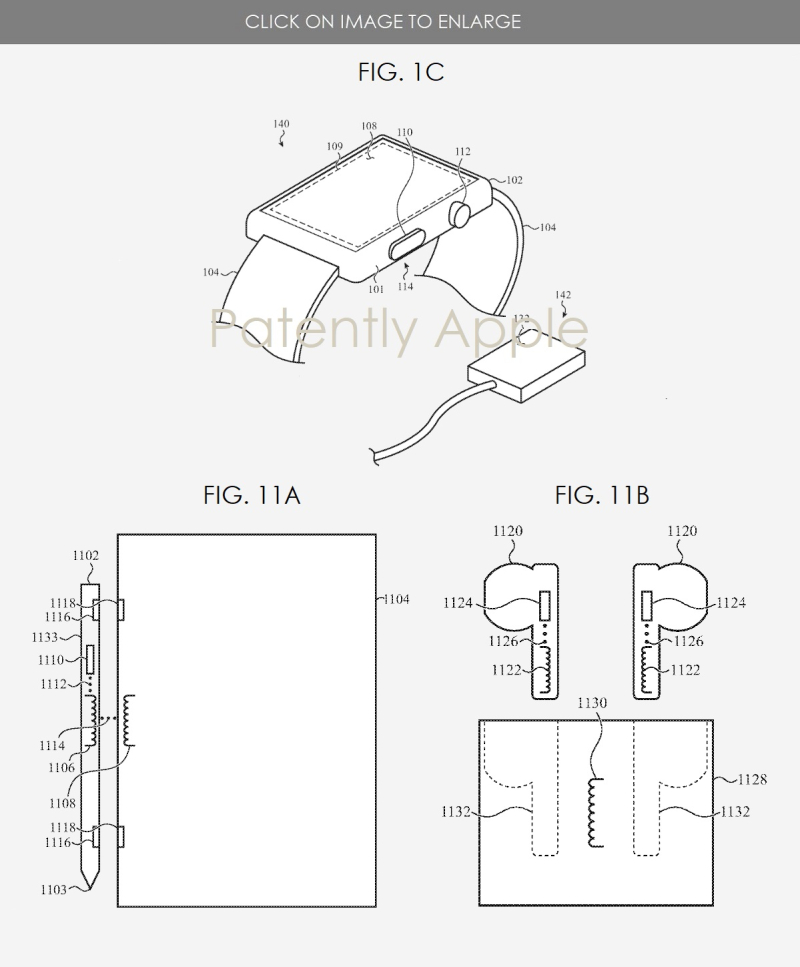 Of interest is that for FIG. 11A Apple notes that depicts a stylus (#1102 – Apple Pencil) for use with an electronic device #1104, an iPad, mobile phone [an iPhone], notebook computer [MacBook], or other device that is configured to accept inputs from the stylus [Apple Pencil # 1102].

While Apple has stubbornly kept Apple Pencil exclusively for iPad, their patents continue to point to Apple Pencil coming to the iPhone. While it's apparently not an Apple priority, it seems to be on their list of possible future features to better accommodate artists, students and professionals alike.