Late last month Patently Apple posted a detailed report titled "Apple Patent Reveals a Developing Security ID System tied to a National Database to assist Brick and Mortar Merchants & more." Our report also pointed out that back in July five patent applications from Apple were published by the US Patent & Trademark Office with the common title "Providing Verified Claims for User Identity (01, 02, 03, 04 and 05). While all five patents shared the same patent figures, they provided distinctly different aspects of this gigantic project in their abstracts.

In Apple's future digital identity credential system, a user's driver's license, passport, or other identifying credential will be digitally stored on their electronic devices, such as an iPhone.

For example, a governmental authority, or other issuing body, may provision a user's digital identity credential onto the user's device. The subject technology pertains to embodiments where a user may provide all or part of their digital identity credential (and/or the identifying information contained therein), such as their mobile driver's license, to wireless terminal devices of third parties, such as a wireless terminal device of a government official, a store employee, and the like, and/or for display, such as to a governmental authority.

In one example, the user's identity credential is displayed on the user's device while the user's device remains in the locked state. In this manner, the user can provide their device to a third party (e.g., a TSA personnel and/or security checkpoint personnel), without comprising the security/privacy of the user's data stored on the device. 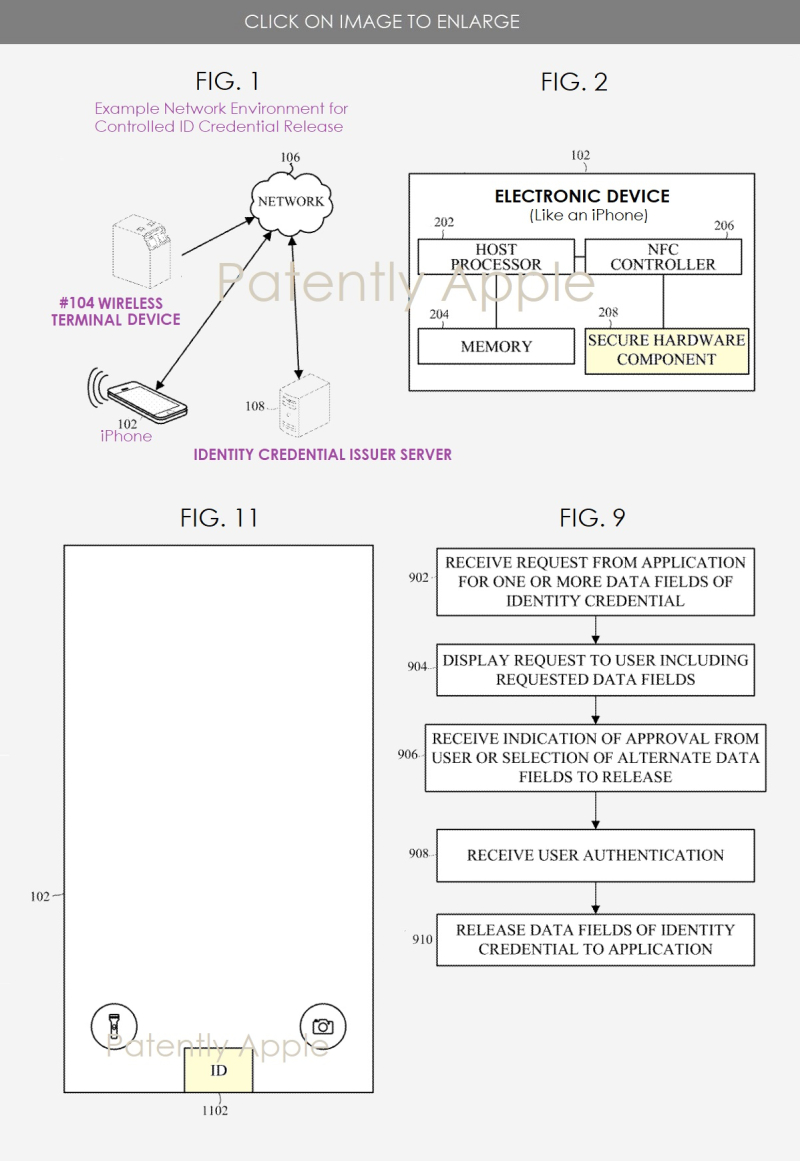 One last point of interest is that Apple's patent points to an iPhone having a "plurality of biometric identifiers. The patent lists Touch ID, Face ID and Retina scan.

Apple's patent application number 20200320188 that was published today by the U.S. Patent Office was filed back April of this year. To dive deeper into specific details, check out the full application here. Considering that this is a patent application, the timing of such a product to market is unknown at this time.