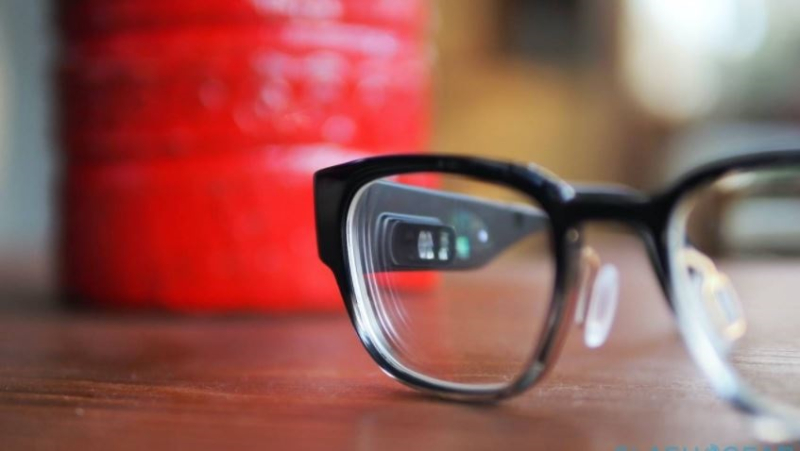 Today the US Patent & Trademark Office published a patent application from Apple that relates to synthesized reality (SR) content consumption, and in particular, to systems, methods, and devices for presenting SR content in associated with recognized objects using a future head mounted VR device and in some scenarios AR glasses.

Back in mid-2017 a company by the name of Wingnut introduced an AR Unreal Engine demo of the iPad pointed at a blank table and an AR app playing on the iPad presented augmented reality playing out live on a blank table as presented in the video. Apple wants to take that ability so that user's will be able to execute AR imagery onto a table, for example, just using AR Glasses (or an HMD).

Apple notes that Virtual Reality (VR) and augmented reality (AR) are becoming more popular due to their remarkable ability to alter a user's perception of the world. As one example, a user may experience AR content superimposed on a live video feed of the user's setting on a handheld display (e.g., an AR-enabled mobile phone or tablet with video pass-through).

As another example, a user may experience AR content by wearing a head-mounted device (HMD) or head-mounted enclosure that still allows the user to see their surroundings (e.g., glasses with optical see-through). As yet another example, a user may experience VR content by using an HMD that encloses the user's field-of-view and is tethered to a computer.

Apple states that today, a user is able to drag-and-drop synthesized reality (SR) content onto a user interface so that the SR content is overlaid on their physical setting. However, the SR content is often selected by the user from a library of existing SR content.

In contrast, a user may wish to view SR content that is context sensitive (e.g., based on objects recognized in the physical setting). As such, the invention's implementations detect an object within a physical setting and present SR on or around the object, wherein the SR content is associated with the object.

To this end, SR content may be superimposed on an object in order to provide a cutaway or "x-ray" view into the object. 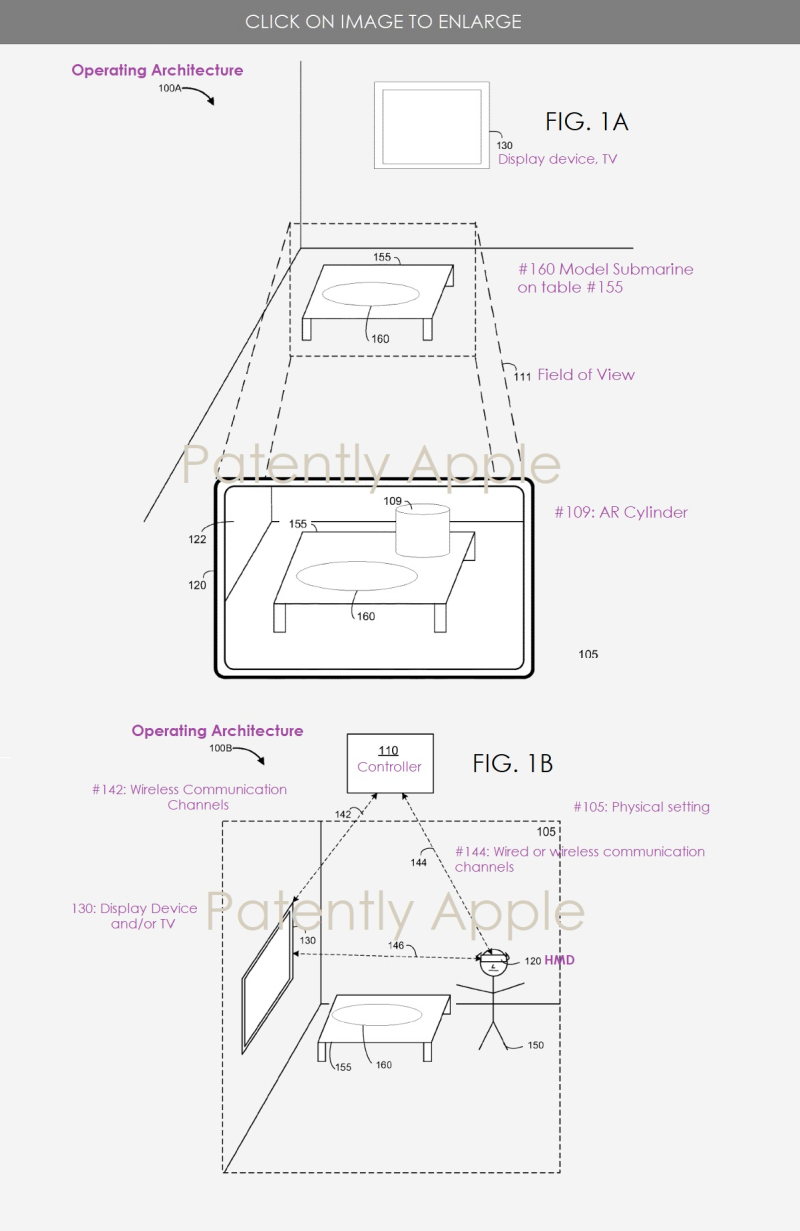 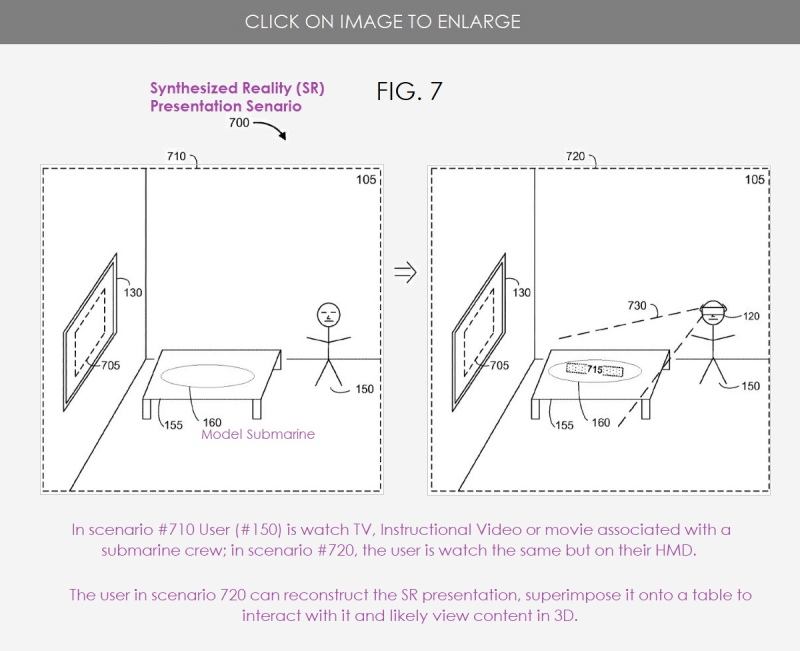 In FIG. 7 above a user is able to seamlessly switch between viewing a movie on a display device and an SR reconstruction thereof superimposed on a related physical object or model scene.

In state (#710), the user is watching video content (#705), e.g., watching a television show or movie associated with a submarine crew on the display device (#130). In state #720 the user is wearing the electronic device (e.g., an HMD) on their head and viewing an SR reconstruction (#715) of the video content being presented on and/or around the model submarine (#160).

As such, in state #720, the user is able to see video pass-through of the physical setting within their field-of-view and also is being presented the SR reconstruction (#715) of the video content superimposed on and/or around the model submarine.

The patent goes on to provide a few other scenarios including one involving the Eifel Tower in France To dig further into the details, review Apple's patent application number 20200342231 that was published today by the U.S. Patent Office was filed back in Q3 2020 with some original work on this dating back to 2018. Considering that this is a patent application, the timing of such a product to market is unknown at this time.