Mesopic vision is human vision with levels of ambient light between those for photopic vision and scotopic such as at night without overcast skies (e.g., with moonlight) to early twilight times.

The sensors include an infrared sensor, a depth sensor, an ultrasonic sensor, and a visible light camera. In high light conditions, the sensors sense the environment to obtain first sensor data that is stored.

The sensors are coupled to a head-mounted display unit of the display system and include an infrared sensor, a depth sensor, and an ultrasonic sensor. The processing includes processing the sensor data with a controller.

Apple further explains that the depth sensor  may operate in different frequency ranges of the electromagnetic radiation spectrum than the infrared sensor, so as to not detect or otherwise be sensitive to electromagnetic radiation of the other (e.g., using appropriate filters, camera image sensors, and/or illuminators and the projector 434a in suitable frequency ranges).

In other examples, the depth sensor may be a radar detection and ranging sensor (RADAR) or a light detection and ranging sensor (LIDAR). It should be noted that one or multiple types of depth sensors may be utilized, for example, incorporating one or more of a structured light sensor, a time-of-flight camera, a RADAR sensor, and/or a LIDAR sensor.

Apple's patent FIG. 1 below presents a display system (#100) which includes a head-mounted display unit (#102) configured to provide a computer-generated reality. 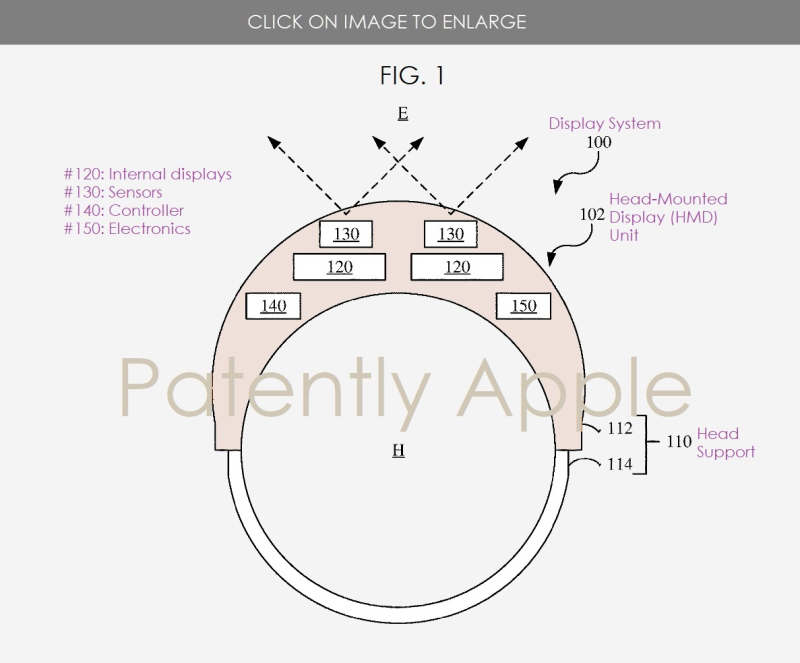 The controller controls various operations of the display system, for example, sensing various conditions with the sensors and providing content with the displays. 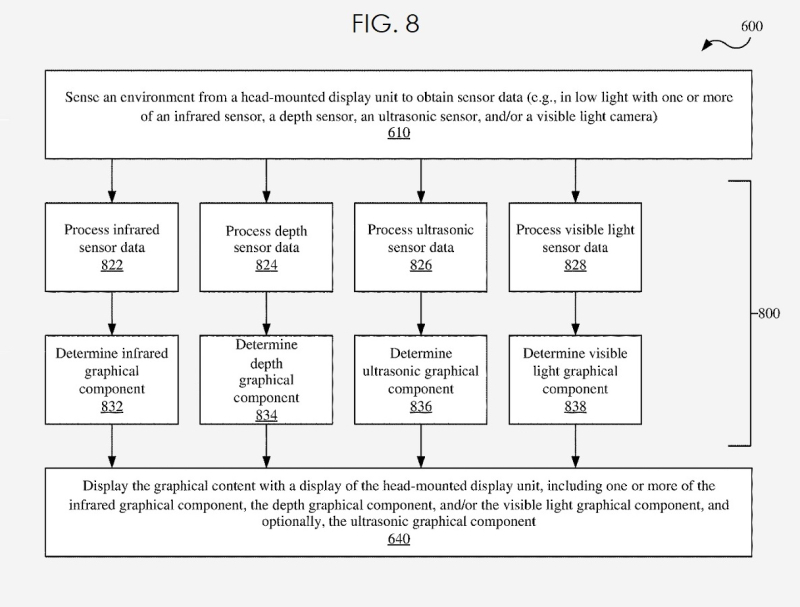 Apple's patent application number 20200341563 that was published today by the U.S. Patent Office was filed back April 2020 with some work going back to April 2019. Considering that this is a patent application, the timing of such a product to market is unknown at this time.