The Deadline for the European Commission to Appeal the €13.1 Billion case against Apple for illegal state aid from Ireland is Friday Sept. 25 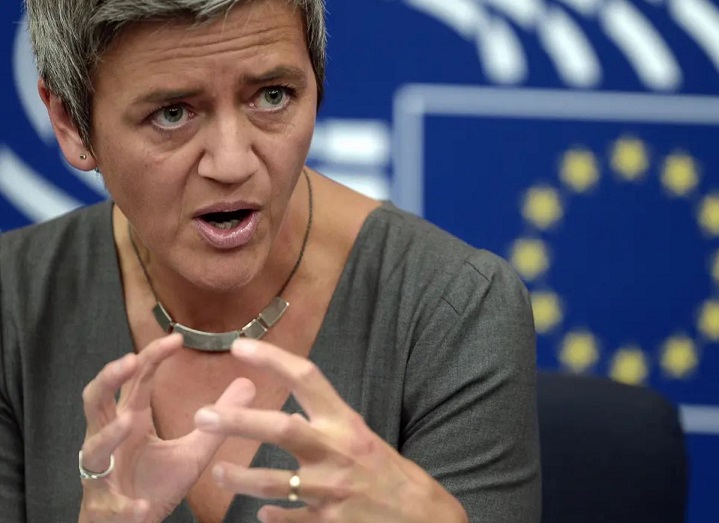 In Mid-July Patently Apple posted a report titled "Apple has won a Landmark Court Case in Europe today with the Court ruling that Ireland did not give Apple a Tax Advantage." The EU’s general court decided that the European Commission did not prove that the Irish government had given the U.S. tech giant a tax advantage. The Leader of the EU Commission's case against Apple, Margrethe Vestager, stated after the judgement that "We will carefully study the judgment and reflect on possible next steps." The deadline for the EU Commission to appeal the decision is this coming Friday, September 25th.

On Friday the 18th, a press release was made public titled "Commission sets out new ambitious mission to lead on supercomputing." During a press scrum after the press was briefed on Europe's supercomputing goals, the competition commissioner Margrethe Vestager signaled on that Brussels would wait until close to the last minute next week before deciding whether to appeal a July court decision that quashed her finding four years ago that Apple received €13.1 billon of illegal state aid from the Republic.

Still, it is widely expected by legal observers that the commission will not appeal the ruling by the General Court in Luxemburg, given how emphatically the court shot down the arguments of Ms. Vestager’s team.

If the commission does not lodge an appeal by Friday, September 25th, the Government will move quickly to start returning the money, which totaled €14.3 billion when interest was included and has been sitting in escrow since 2018, to Apple. The escrow funds are mainly held by way of bonds, rather than cash.

Ms. Vestager added: "We haven’t taken that decision yet. As the commission always does, we'll wait until we're closer to the deadline of the appeal question, and then of course I’ll be happy to come back to that."

Will Europe's commissioner really want to return the €14.3 billion (which includes interest) to Apple without a fight? While "legal observers" believe that the Commission will indeed drop the appeal, we'll only know on Friday whether Vestager is willing to swallow her pride.