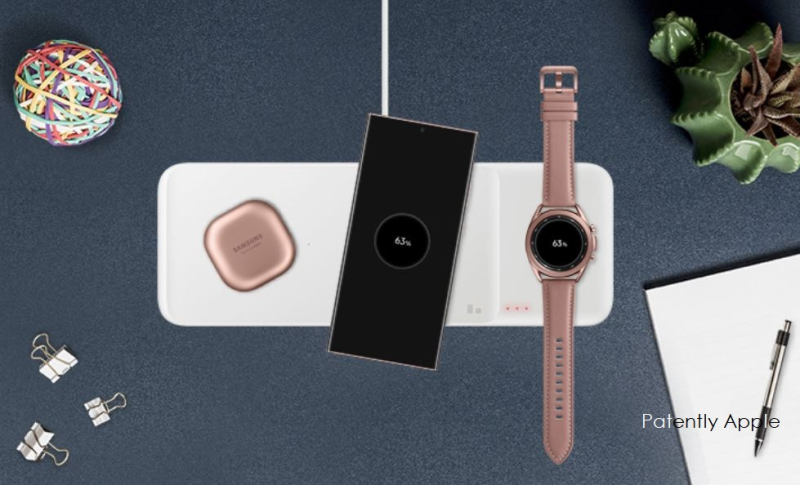 Apple fans were stunned last March when Apple's senior vice president of Hardware Engineering, Dan Riccio, stated in an email statement that the AirPower device project had been cancelled.

In full, Riccio stated: "After much effort, we’ve concluded AirPower will not achieve our high standards and we have cancelled the project. We apologize to those customers who were looking forward to this launch. We continue to believe that the future is wireless and are committed to push the wireless experience forward."

While there have been stubborn rumors claiming that AirPower is still alive and coming to market, we're still waiting.

To rub it in Apple's face, Samsung just released their new wireless charging pad that could charge three devices at one time called "Wireless Charger Trio." Samsung's official image, shown as our cover graphic, illustrates a phone, watch and earbuds being charging at the same time.

The new charging pad has six coils, offering better charging surface coverage. The multi-device charging station comes in two colors, white and black, and has a price tag of 99,000 won (US$85).

Apple acquired PowerbyProxi and their patents in 2017 to ensure that they could deliver a product such as AirPower and still failed. The fact that Apple could deliver high-end technologies like Face ID and Apple Silicon and get stumped on a wireless charger is still a head-scratcher for most.