Russia, the EU and China are Declaring War on U.S. Tech Companies like the Gatekeeper Apple and Search Giant Google 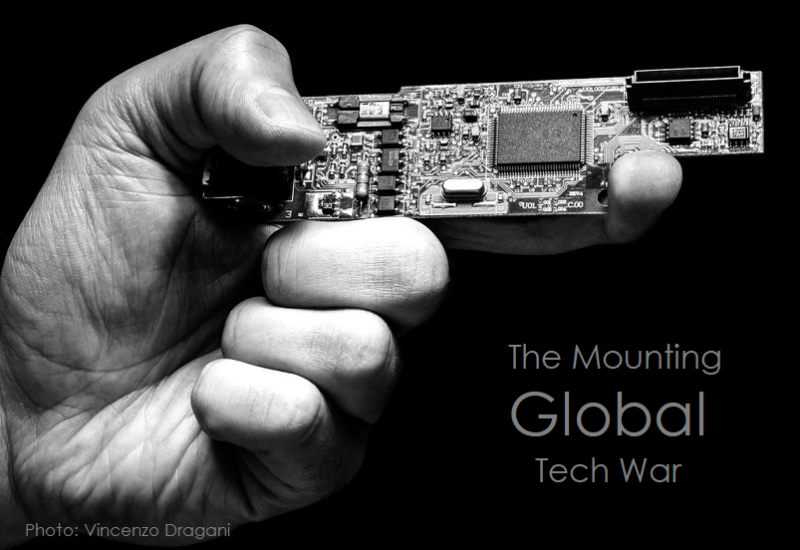 The EU is once again out to damage U.S. innovation. They're demanding that Apple allow EU companies to have their software forced on iOS devices. To be fair, Russia was actually the first country to get this ball rolling. In a report that we posted in Nov. 2019 we noted that "A UK report today states that Russia has now passed a law banning the sale of certain devices that don't preinstall Russian software. The law will come into force in July 2020 and cover smartphones, computers and smart televisions." The deadline has since been moved to January 01, 2021. Earlier this month Patently Apple posted a report titled "Russian Lawmaker submits draft Legislation to Force Apple Store Commissions to be cut to 20%." Today we're learning that the EU is about to bring down the hammer in an attempt to hijack American technology platforms.

Bloomberg reports that "A series of new reports are stating that big tech firms could be banned from preferencing their own services in search rankings or exclusively pre-installing their own applications on devices, under new regulations planned by the European Union."

How insane is that? According to this rule, Apple won't be able to innovate unless there's an EU app equivalent available? That's a step too far.

As part of the EU’s Digital Services Act, platforms with power to control could also have to share customer data with business rivals, according to internal draft documents obtained by Bloomberg.

Due to be unveiled in December by the European Commission, the bloc’s executive body, the legislation will seek to modernize rules governing the internet to give platforms greater responsibility for what users post on their sites as well as propose regulation aimed at curbing the power of large platforms.

The initiative comes as big giants such as Apple Inc. and Alphabet Inc.’s Google offer services across a widening array of sectors and as competitors increasingly rely on their platforms to offer their own services. Apple has faced heat over policies with its app store, which companies like Spotify Technology SA complain give an unfair advantage to the iPhone maker’s rival music service.

The EU says in one of the documents it wants to “constrain unfair behavior” by digital gatekeepers, the platforms that other businesses depend on to get access to customers. Apple is the EU's number one target.

One policy option describes a blacklist of unfair practices for platforms in several key sectors, including marketplaces, app stores and social networks as well as online search engines, operating systems and cloud services.

Bloomberg's report further notes that "A separate document outlining the potentially unfair practices says gatekeepers "shall not provide preferential display in online search engines or online intermediation services for their own services" and that "gatekeepers shall not pre-install exclusively their own applications," nor restrict users from un-installing any of the apps." Why don't they just spit it out and say "Apple," who Margrethe Vestager has constantly referred to Apple as a "gatekeeper."

The EU's original "Competition law" had failed to sufficiently address all the systemic problems in the platform economy, which is why it’s exploring new legislation to close up any gaps that U.S. companies could work around.

The document outlining unfair practices also says gatekeepers could be prohibited from using data collected on their platform for their own commercial services unless they share it with business users active in the same area. For more on this, read the full Bloomberg report. No formal statement from the EU has been issued on the matter at this time.

Reuters adds to this story by noting that "Another clause would ban gatekeepers from blocking rivals offering their products to customers outside of the gatekeeper’s platform or services, a move which would affect Apple and Google with their restrictive app store rules and payment."

In what seems to be a coordinated attack on U.S. technology companies, we're learning today from a Reuters report that "China is preparing to launch an antitrust probe into Alphabet Inc's Google, looking into allegations it has leveraged the dominance of its Android mobile operating system to stifle competition.

More than likely, China will wait until after the U.S. elections to press ahead, praying that Biden defeats President Trump. A Biden win will mean all restrictions against Huawei will quickly be dropped. If Trump wins reelection, we're bound to see the U.S.-China tech wars escalate.

The Reuters report added that "It also comes as China embarks on a major revamp of its antitrust laws with proposed amendments including a dramatic increase in maximum fines and expanded criteria for judging a company’s control of a market.

A potential probe would also look at accusations that Google’s market position could cause "extreme damage" to Chinese companies like Huawei, as losing the U.S. tech giant’s support for Android-based operating systems would lead to loss of confidence and revenue, a second person said." If this story interests you, then there's a lot more to the Reuters report here.