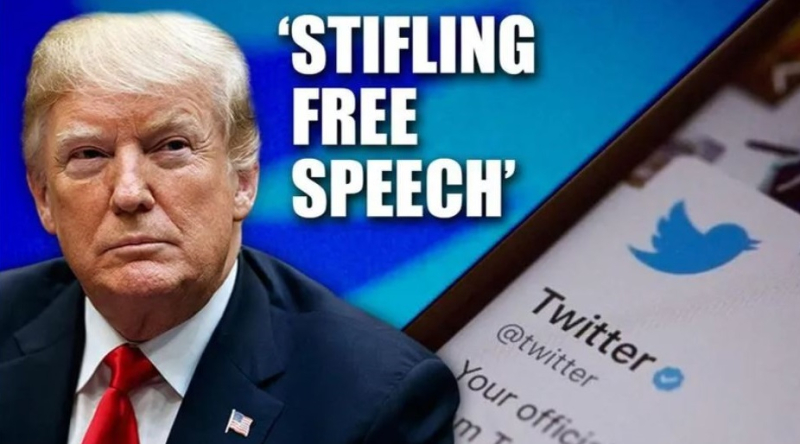 It's being report late this afternoon that U.S. President Donald Trump will meet on Wednesday with state attorneys general about removing a liability shield protecting social media companies while the Justice Department holds a call with state officials to discuss the investigation into Alphabet’s Google.

Below is a recording that's a part of the CNBC report on this development.

Reuters report adds that "The separate meetings highlight the efforts by the Trump administration to move against an industry that he has accused of stifling conservative voices.

In the White House meeting, Trump will meet with state attorneys general from Texas, Arizona, Utah, Louisiana, Arkansas, Mississippi, South Carolina and Missouri - like Trump, all Republicans, according to a person briefed on the matter.

Justice Department officials have invited staff for the dozens of state attorneys general involved in a Google antitrust investigation to a call in the afternoon, according to two sources knowledgeable about the call.

Officials from both Democratic and Republican states are expected to participate, the two sources said.

While the Justice Department has not said what the agenda of the meeting will be, the expectation is that officials could preview the complaint that is expected to be filed against Google as soon as next week, one of the sources said."

White House spokesman Judd Deere said on Monday that "Online censorship goes far beyond the issue of free speech, it’s also one of protecting consumers and ensuring they are informed of their rights and resources to fight back under the law."

Deere added that "State attorneys general are on the front lines of this issue and President Trump wants to hear their perspectives."

In May, President Trump signed an executive order that seeks new regulatory oversight of tech firms’ content moderation decisions and backed legislation to scrap or weaken the relevant provision in the 1996 Communications Decency Act, Section 230. For more on this read the full Reuters report.

Recently "Facebook moved to target misinformation before U.S. election" and then vowed to restrict users if US election descends into chaos." Who decides what misinformation is? It seems to be fact checked by the same top Fake News sites that reported for 2 plus years that there was Russian collusion and got it wrong? Now they're the fact checkers. Give me a break. And what users will Facebook restrict?

Both sides of the isle currently don't trust Facebook and other social media companies coverage of U.S. elections. Can anything be done to ensure that free speech is just that, free speech? Perhaps some light will be shed on these many issues tomorrow.