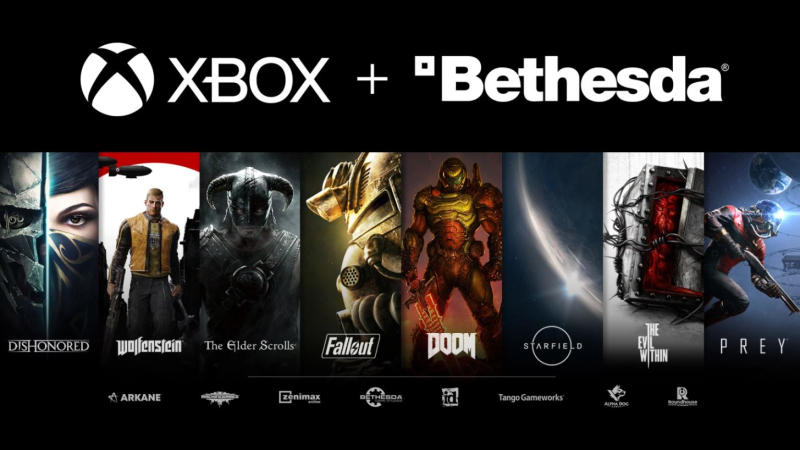 Tis the season to be thinking about a new game consoles and video games and so today Microsoft announced that they have entered into an agreement to acquire ZeniMax Media, parent of Bethesda Studios.

Phil Spencer, Head of Xbox stated earlier today that "As one of the largest, most critically acclaimed, privately held game developers and publishers in the world, Bethesda is an incredibly talented group of 2,300 people worldwide who make up some of the most accomplished creative studios in our industry across Bethesda Softworks, Bethesda Game Studios, id Software, ZeniMax Online Studios, Arkane, MachineGames, Tango Gameworks, Alpha Dog, and Roundhouse Studios. These are the teams responsible for franchises like The Elder Scrolls, Fallout, Wolfenstein, DOOM, Dishonored, Prey, Quake, Starfield and many more.

Bethesda’s games have always had a special place on Xbox and in the hearts of millions of gamers around the world. Our teams have a close and storied history working together, from the amazing first DOOM, and its id Tech engine, innovating games on PCs to Bethesda bringing their first console game to the original Xbox, the groundbreaking The Elder Scrolls III: Morrowind. Over the years I’ve had many deep conversations with the creative leaders at Bethesda on the future of gaming and we’ve long shared similar visions for the opportunities for creators and their games to reach more players in more ways.

Just as they took the bold first steps to bring The Elder Scrolls franchise to the original Xbox, Bethesda were early supporters of Xbox Game Pass, bringing their games to new audiences across devices and have been actively investing in new gaming technology like cloud streaming of games.

We will be adding Bethesda’s iconic franchises to Xbox Game Pass for console and PC. One of the things that has me most excited is seeing the roadmap with Bethesda’s future games, some announced and many unannounced, to Xbox console and PC including Starfield, the highly anticipated, new space epic currently in development by Bethesda Game Studios.

Like us, Bethesda are passionate believers in building a diverse array of creative experiences, in exploring new game franchises, and in telling stories in bold ways. All of their great work will of course continue and grow and we look forward to empowering them with the resources and support of Microsoft to scale their creative visions to more players in new ways for you.

Late last month the U.S. Patent and Trademark Office published a patent for a future Surface Pen with fabric covering. This future pen is to provide a visually appealing appearance along with an equally pleasing tactile experience.

The textile covering for this future Surface Pen is to comprise one or more structural fibers woven into a seamless tube configured to encircle at least a portion of the pen. 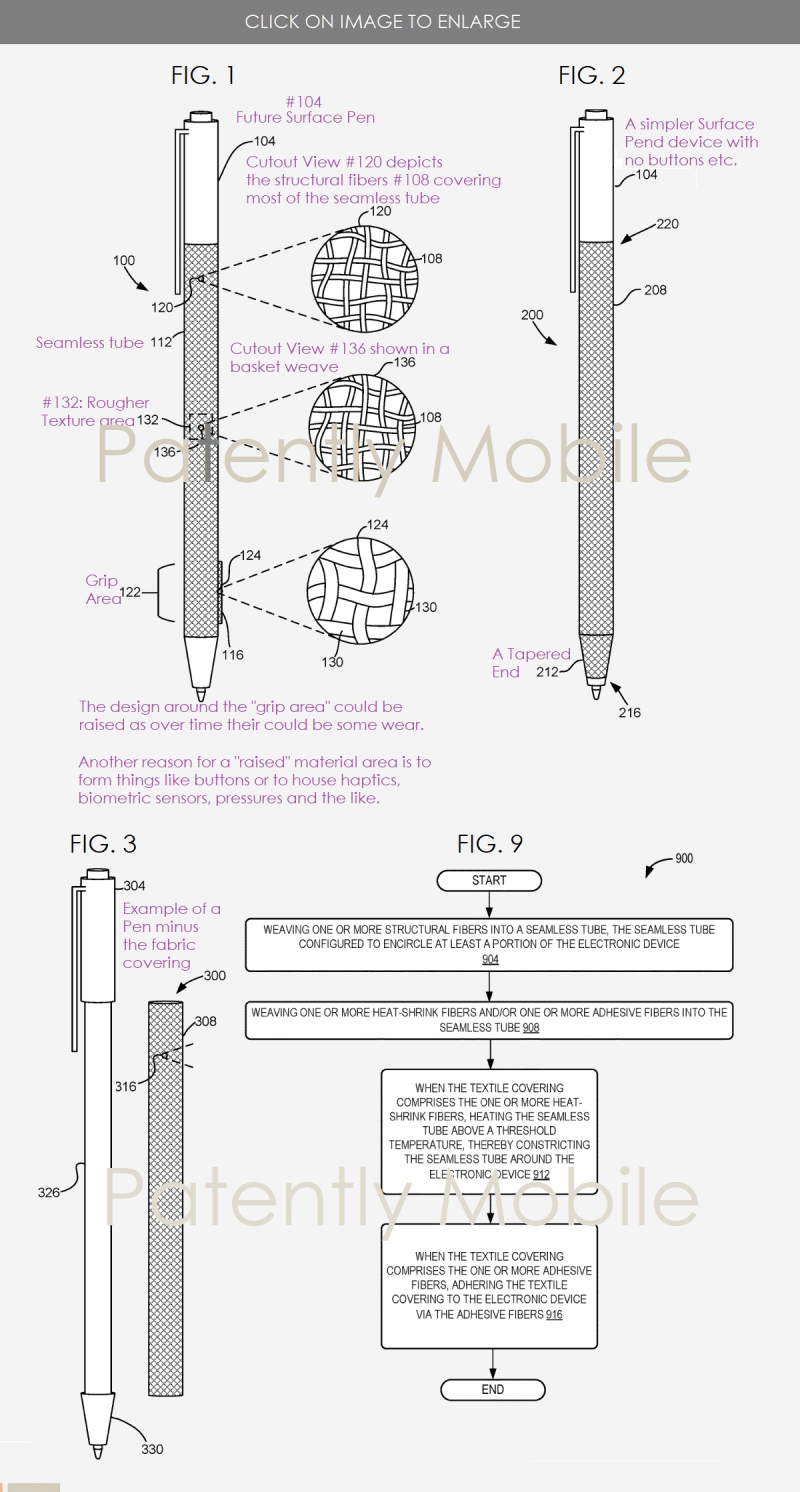 Microsoft's patent FIG. 9 above is a block diagram of an example method for manufacturing a textile covering for a future Surface Pen.

Microsoft's patent also notes that utilizing conductive fibers will provide this future Surface Pen with a wide range of functionality. For example, the one or more conductive fibers may comprise a touch sensor integrated into the textile covering and configured to detect how a user is holding the pen.

In some examples, the user's grip on the pen may be used to predict how the user's hand may occlude a display of a tablet computing device, which may respond by rearranging how user interface elements are displayed.

Similar inputs may also help the tablet computing device filter out noise from the user's hand contacting a touch-screen display, or rearrange the user interface to accommodate preferences of left- or right-handed users.

In yet another example, the one or more conductive fibers may also provide biometric sensing capabilities, which may be used to help a computing device identify the user.

Microsoft's patent application 20200270778, first discovered by Patently Apple/Patently Mobile, was actually published on August 27, 2020 by the U.S. Patent Office. It was originally filed for back in Q1 2019.

It's an interesting concept that may or may not interest Apple in pursuing for Apple Pencil. Yet for an application with a future iPhone, for instance, I think that a fabric covered Apple Pencil would prove popular if it provides the right grip to support longer periods of writing, drawing or scribbling.

Additionally, Apple could offer a "Pro" Apple Pencil for different types of pros. In a Law Office, for instance, biometrics would first and foremost identify a specific lawyer. For a lawyer's application,  Apple Pencil could allow the pen's ink to be locked into a three-color scheme: (1) for internal editing (green); (2) for external editing (red); and (3) signature in a particular shade of blue that's tamper-proof.

For now it's only a patent-pending invention. Whether Microsoft or Apple will bring this to their respective pens or pencils in the future is unknown at this time.