LG reported lower than expected results for Q2-20 with a decline of 17.9% over 2019. To shake things up, LG will be introducing their new dual display smartphone called the 'LG Wing" with a playful twist that differs from the Galaxy Z Fold 2 as presented in their video below. The new LG Wing will debut next Monday, September 14. 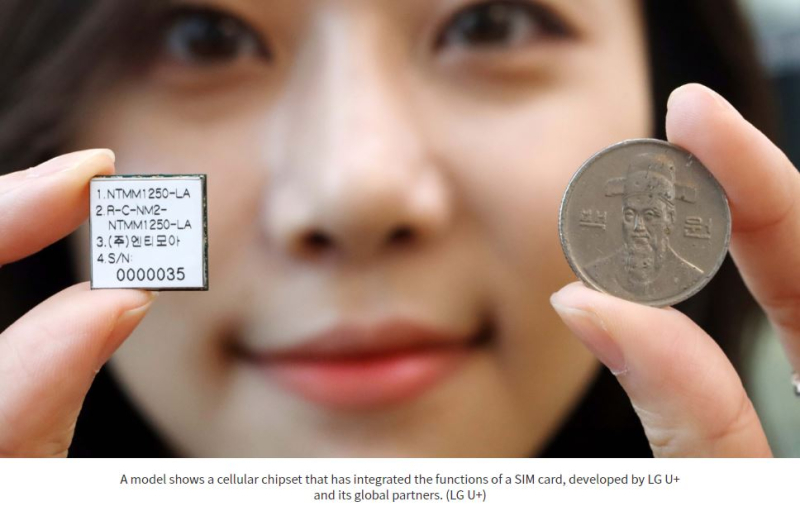 Perhaps more interesting is LG U+ announcing yesterday that the company and its global partners have developed a new technology enabling smart devices to work without SIM cards.

SIM cards are responsible for storing users’ personal information, which is needed to identify the users’ plans and services.

The iUICC replaces a SIM by putting the information on a communication chipset that powers voice and data connections.

The technology will thus allow manufacturers to make smart devices smaller as they do not need to leave space for a SIM card, LG+ said.

LG U+ said it plans to use the technology for other Internet of Things products, including tracking devices. The company added that it would introduce a series of IoT solutions using the SIM-less technology, as well as its own 5G network.

Below is a slide from a 2016 Qualcomm demo showing the evolution of the iUICC ending up embedded in future Snapdragon Processors. With LG's announcement yesterday, we can say that the phase of it being embedded into a processor is nigh. 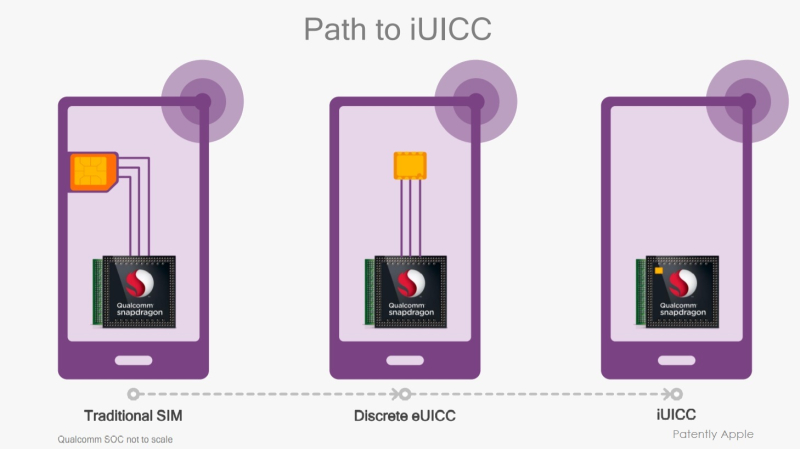 Whether Apple Silicon or Apple's ARM processors for iDevices will implement iUICC technology is unknown at this time. Though it's certainly an industry trend to keep our eye on gong forward.