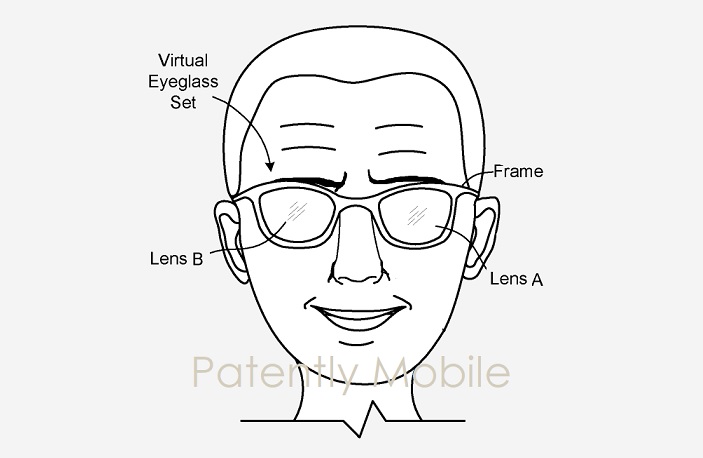 Both Google and Facebook are in a race to beat Apple to market with AR smartglasses. Google, who was first with this concept, got quickly derailed by having their "Glass" product stand out with its pirate look. The public went from loving it to viewing the device as a way to spy on everyday people. The "creep" factor stuck and early adopters were even getting punched in the face for being bold enough to wear 'Glass' in public.

To correct for the distance that the user's eyes are behind the lenses, which creates different points of origin for the user's eyes than the cameras on the lenses, the cameras may include light field cameras with multiple viewpoints, and the virtual eyeglass set may include a processor that constructs an image from the vantage points of the eyes for display to the user, thereby eliminating a parallax effect.

Capturing the images from multiple positions and/or viewpoints may allow images of three-dimensional scenes to be constructed from vantage points and/or positions from which images were not actually captured. 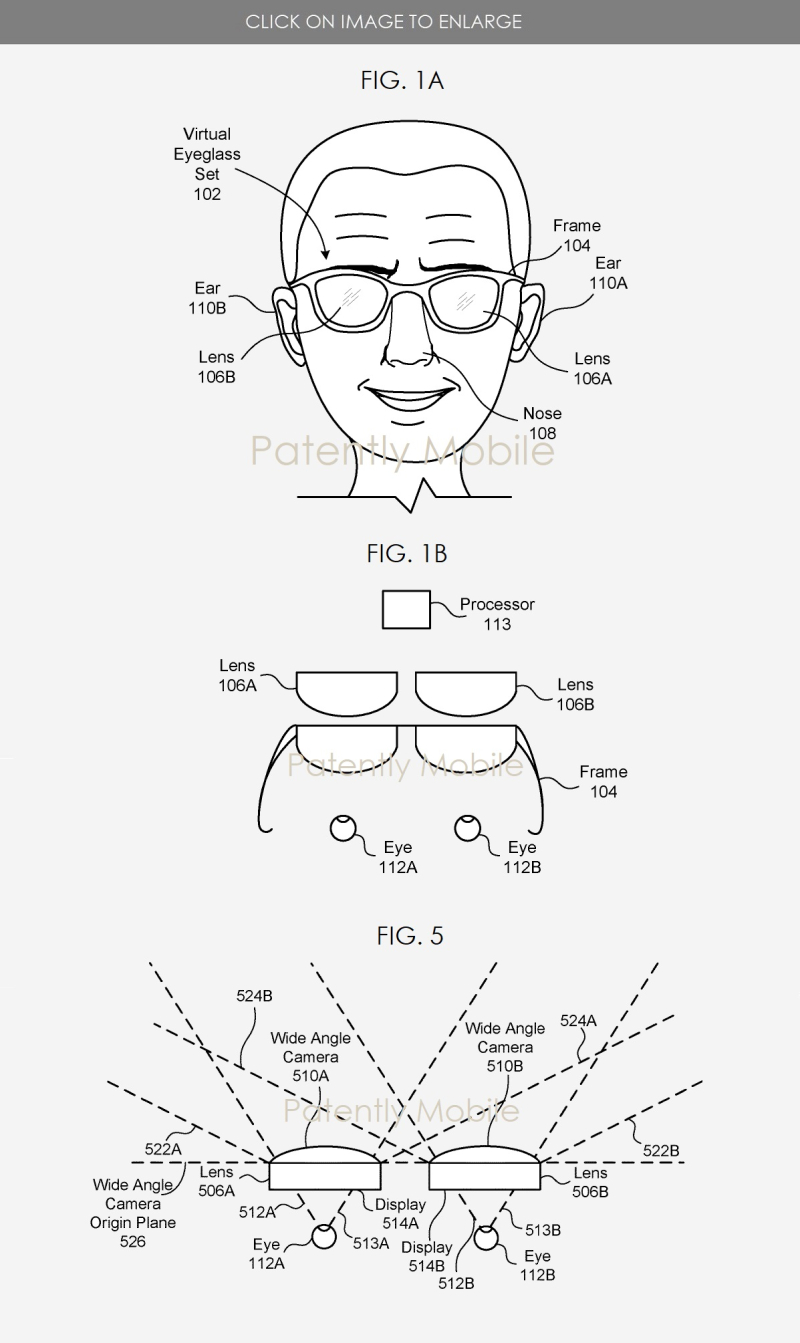 In an effort to accelerate their move into smartglasses once again, Patently Apple posted a report back in late June titled "Alphabet has Reportedly Acquired Canadian AR Smartglasses Company called 'North' which gives us a Peek at their Future."

There's been a lot of buzz surrounding Apple's future AR Glasses, especially after the news broke in June that their secretive team was working on two kinds of Head Mounted Devices: AR Glasses and a full-blown MR Headset.

Of course, it's not really about who will be first to market, but rather who will be first to market with a viable HMD that actually delivers the right design, the right apps and so on that consumers want and hopefully in great numbers. To date, Google is known for rushing products to market like 'Glass' and in the end their reputation got dinged for such a blunder. Will they get it right this time around? Only time will tell.