EU Commissioner Margrethe Vestager has decided to Appeal the €13.1 billion tax case against Apple to the Highest Court in Europe 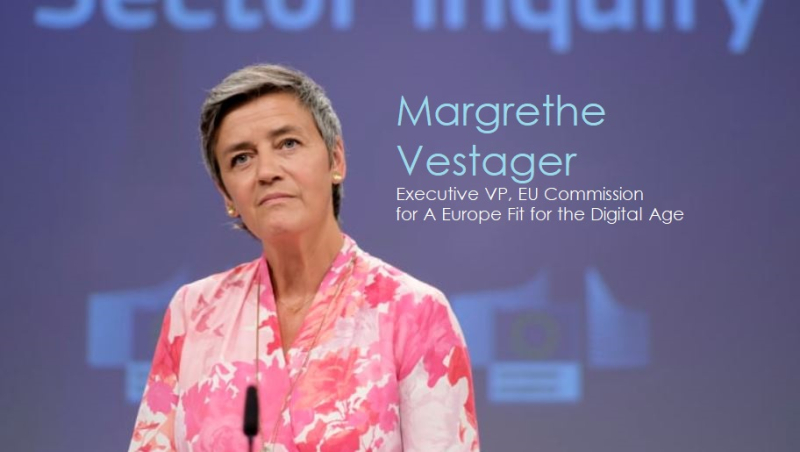 Update: Apple responds to the EU's decision to appeal the tax case.

Last Sunday Patently Apple posted a report titled "The Deadline for the European Commission to Appeal the €13.1 Billion case against Apple for illegal state aid from Ireland is Friday Sept. 25." Our report concluded by stating that " While "legal observers" believe that the Commission will indeed drop the appeal, we'll only know on Friday whether Vestager is willing to swallow her pride." The EU would have had to return €14.3 billion back to Apple if the case was dropped. Today, the EU commissioner refused to drop the case and is appealing it to the highest court in Europe.

The battle between the EU and Apple on taxation is not over yet. On Friday, the European Commission, which is the executive arm of the EU, said it would appeal a court ruling involving Apple and the Republic of Ireland.

Below is what the official statement from the EU commissioner Margrethe Vestager.

"The Commission has decided to appeal before the European Court of Justice the General Court's judgment of July 2020 on the Apple State aid case in Ireland, which annulled the Commission's decision of August 2016 finding that Ireland granted illegal State aid to Apple through selective tax breaks.

Making sure that all companies, big and small, pay their fair share of tax remains a top priority for the Commission. The General Court has repeatedly confirmed the principle that, while Member States have competence in determining their taxation laws taxation, they must do so in respect of EU law, including State aid rules. If Member States give certain multinational companies tax advantages not available to their rivals, this harms fair competition in the European Union in breach of State aid rules.

We have to continue to use all tools at our disposal to ensure companies pay their fair share of tax. Otherwise, the public purse and citizens are deprived of funds for much needed investments – the need for which is even more acute now to support Europe's economic recovery. We need to continue our efforts to put in place the right legislation to address loopholes and ensure transparency. So, there's more work ahead – including to make sure that all businesses, including digital ones, pay their fair share of tax where it is rightfully due."

Update: In response, Apple said it has always complied with Irish tax laws and that the issue which led to an EU tax order of 13 billion euros ($15 billion) was more a case of where it should pay taxes rather than the amount.

Apple said in a statement "The General Court categorically annulled the Commission’s case in July and the facts have not changed since then. This case has never been about how much tax we pay, rather where we are required to pay it.

We will review the Commission’s appeal when we receive it, however it will not alter the factual conclusions of the General Court, which prove that we have always abided by the law in Ireland, as we do everywhere we operate."