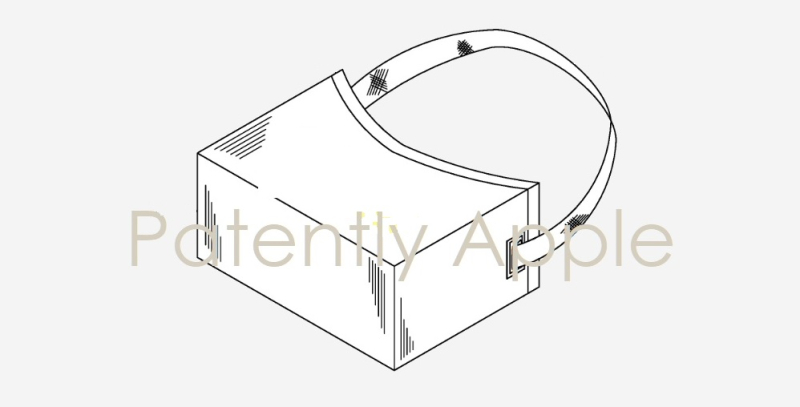 In March 2019 Patently Apple posted a report titled "Apple Invents a Thermal Regulation System for their Head Mounted Display System." Apple's patent noted that a lot of heat is generated within the eye chamber of a head mounted display (HMD) device and that they had created a mini thermal regulation system in order to keep the eye chamber of the headset cooler and more comfortable to the skin for future users. Today Apple was granted a patent for a similar system that provides an alternative design for an airflow system.

Apple's granted patent notes that without proper cooling and heat dissipation, the panels (which are expensive and difficult to replace) can degrade over time, often resulting in irreparable damage or system failure. To manage and offset the heat generated by the panels during use, and thereby increase their usable life, display systems will often incorporate additional components, such as heat sinks.

Apple has developed an HMD display system that integrates thermal solutions into structural components. This combined functionality not only reduces the overall number of components, complexity, and weight of the display system, but increases thermal conductivity and improves thermal management to decrease operating temperatures and extend the system's usable life.

Apple's patent FIG. 1 below is a top, perspective view of a display system configured as a wearable HMD in accordance with the principles of this granted patent. 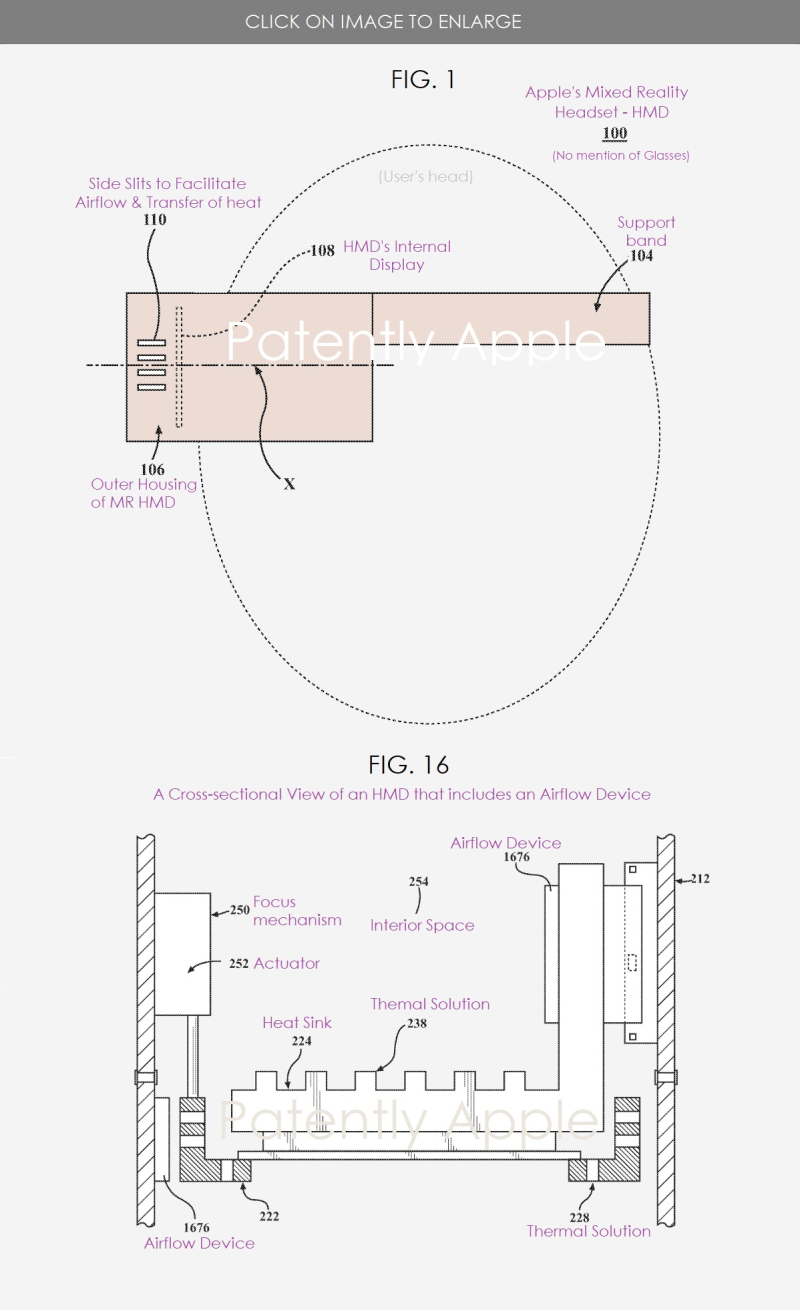 Apple's patent FIG. 16 above represents a partial cross-sectional view of an alternate embodiment of the display system including an airflow device.

In such embodiments, the airflow device may be configured and positioned in any manner suitable for the intended purpose of circulating air into and out of the system housing. For example, the airflow device(s) may be positioned on, or otherwise secured to, the carrier (#222) and/or the heat sink (#224 as seen in FIG. 16), the focus mechanism (#250, e.g., the actuator #252 or the system housing.