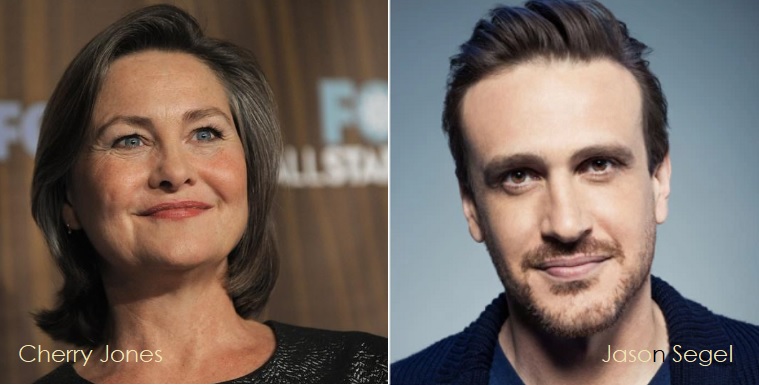 In an exclusive, Deadline reports that Cherry Jones and Jason Segel are set to join Grace Kaufman in The Sky Is Everywhere, a new Apple Original film that hails from Apple’s existing partnership with A24. The film is based on the novel by Jandy Nelson, who will adapt the script. Josephine Decker, who helmed Madeline’s Madeline and the Elisabeth Moss-starrer Shirley, is attached to direct. You could learn what the book is about here.

Jones recently took her home her third Emmy after scene-stealing guest-starring role on HBO’s Succession. She was also recently seen in Apple’s Defending Jacob and also has Hulu’s The Handmaid’s Tale. She is represented by WME.

The film joins Apple and A24’s anticipated and soon-to-premiere On the Rocks, from Sofia Coppola, and starring Rashida Jones and Bill Murray. The pic, which bowed at the New York Film Festival last night, premieres in select theaters October 2 and globally on Apple TV+ on October 23.

In other Apple TV+ news, Variety reports that ‘Wolfwalkers’ Creators are to Discuss Apple TV Plus Animated Film at 2020 VIEW Conference.

Cartoon Saloon co-founder and creative director Tomm Moore will take part in a presentation about his latest film, "Wolfwalkers," during the 2020 VIEW Conference, along with his co-director, Ross Stewart, and other key artists.

"Wolfwalkers," which generated lots of buzz during the Toronto Film Festival, where it had its world premiere, is the latest film from Irish animation studio Cartoon Saloon. "Wolfwalkers" will stream worldwide on Apple TV Plus later this year.

In September 2018 Patently Apple posted a report noting that Apple had snapped up the rights to two-time Oscar-nominee Tomm Moore's animated film Wolf Walkers, from Cartoon Saloon and Melusine Productions.