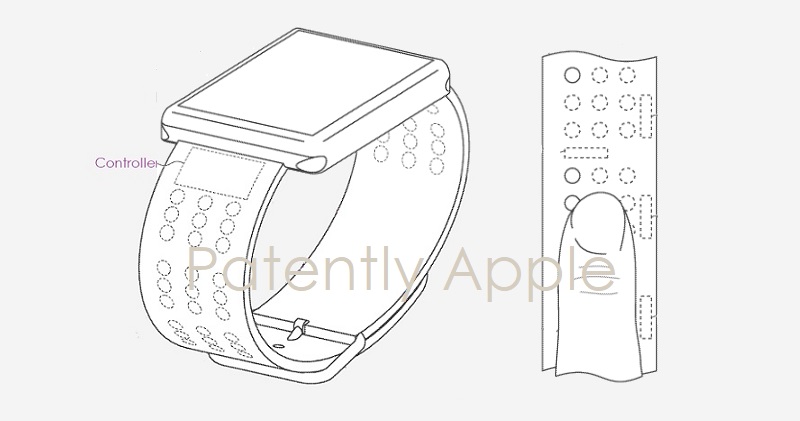 The U.S. Patent and Trademark Office officially published a series of 73 newly granted patents for Apple Inc. today. In this particular report we cover a granted patent that skipped the patent application route under "Apple" so as to keep it as secretive as possible.

Today, as Apple is set to deliver Apple Watch 6, they were granted a patent that covers techniques for conveying information to a user without audio or visual outputs. The watch band will be able to present notifications to a user with tactile output. The user may first experience a haptic event on their wrist followed by a symbol and/or braille being formed on the band in real time so that the user could feel what that message is conveying.

Such systems may be useful for visually impaired individuals, or when audio or visual outputs are inappropriate. Technically a user could have their alarms turned off during a meeting or movie and yet still be able to be notified of an important message or phone call by forming a tactile symbol on the band and/or providing a haptic event to notify the user.

A method for providing tactile output via a band of a wearable electronic device comprises receiving, at a band including actuators configured to selectively form deformations along a surface of the band, information from a computing component coupled to the band, and in response to receiving the information, causing a set of the actuators to form a pattern of deformations along the surface.

Apple's patent FIG. 1 below illustrates an Apple Watch band that is designed to form braille. FIGS. 4A-4B show a wearable electronic device worn by a user. 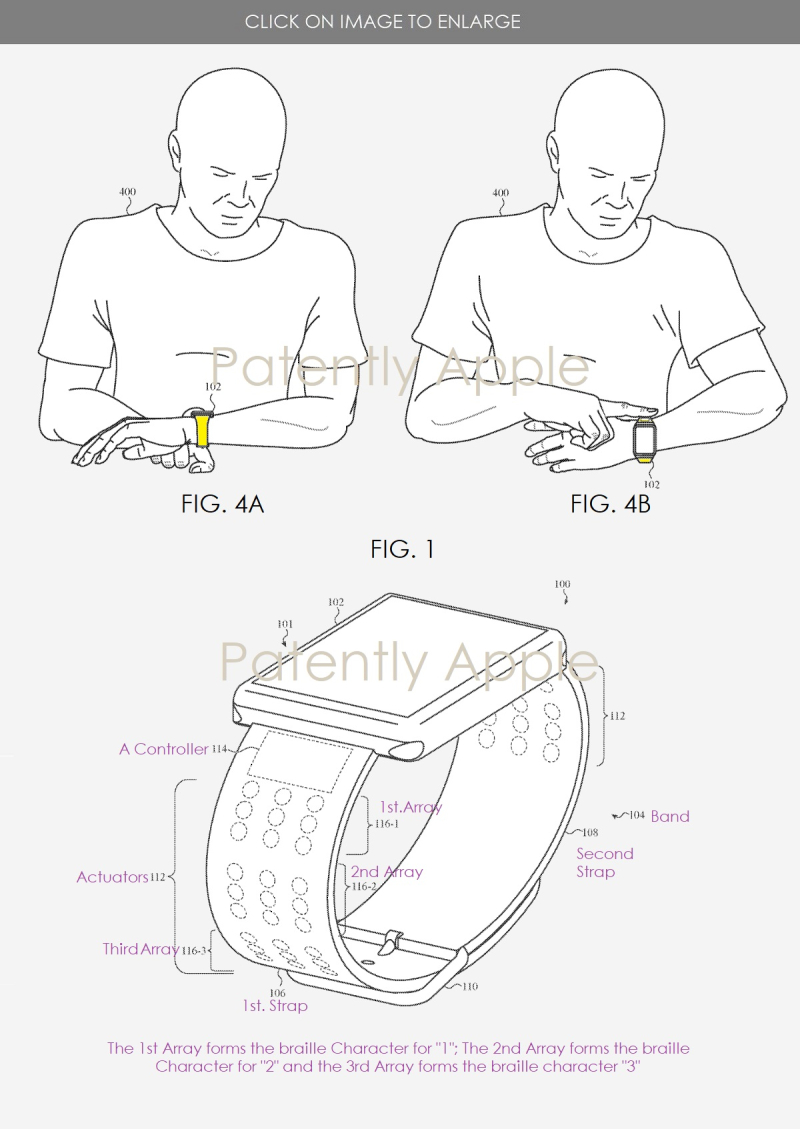 Apple's patent FIGS. 3C and 3D show plan views of a future Apple Watch band with touch sensitive areas that allow the user to detect braille that will change as time changes; FIG. 5 is a partial plan view of a band for a wearable electronic device; FIGS. 6A-6B are partial cross-sectional views of the band of FIG. 5 with electrothermal actuators. 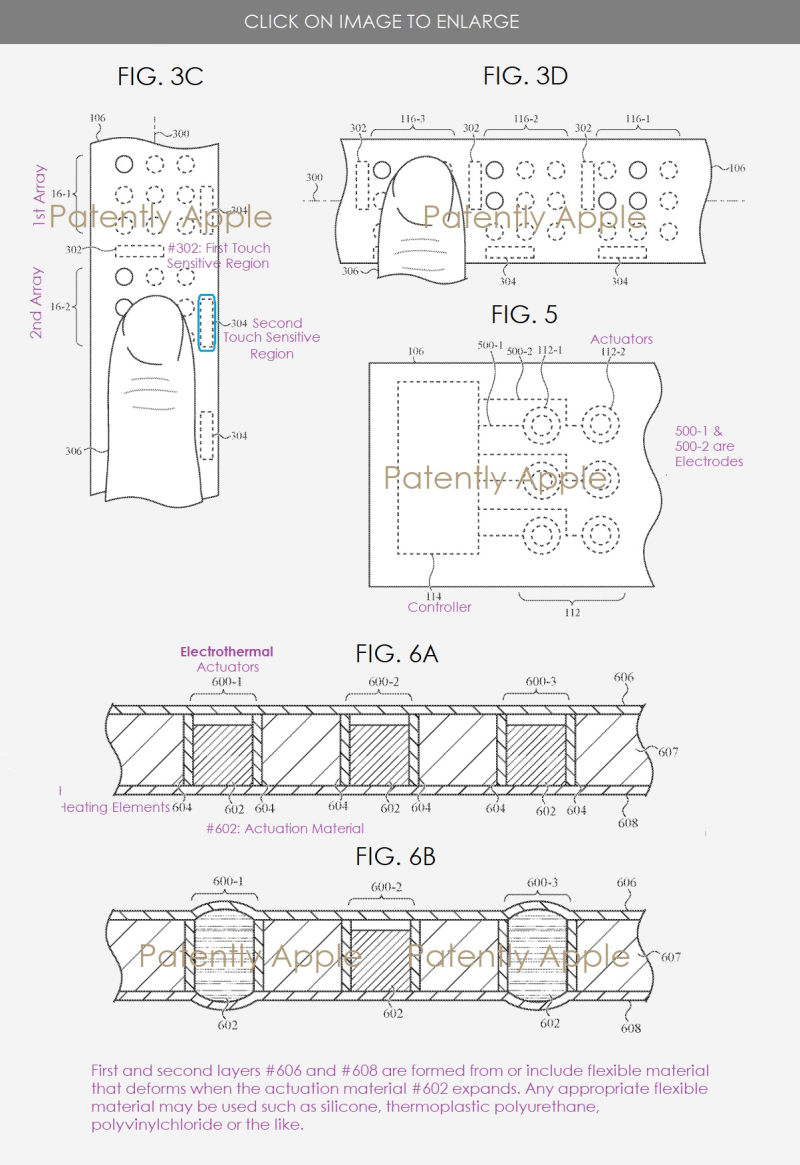 Apple adds that the actuation material may be any appropriate material, such as paraffin wax or another material that changes phase at relatively low temperatures, a gas, a liquid that expands or contracts when its temperature changes, and so on.

Lastly Apple notes that the thermal actuators (or other components) may be used to generate tactile symbols using regions of hot and/or cold along surfaces of a band. The hot and cold regions may be used in the same or similar manner as the protrusions; that is, they may also function as tactile output mechanisms.

For example, small regions of relative heat and/or cold may be used to form braille characters (or any other appropriate character) that a user can sense by touching with a finger.

As another example, regions of heat and/or cold may be produced along an inner surface of the band to convey time, notify the user of certain events, indicate progress of a task or event, or for any other appropriate function.

While a future Apple Watch is the target device for this invention, Apple notes that other wearables could be targeted in the future such as a ring, glasses, gloves, a lanyard, belt, strap, connector and the like.