Home Archives Contact Us Subscribe Twitter MeWe Facebook Patently Mobile
Apple is Preparing to Expand Data Centers in 2021 to Support their Services Business
Apple Wins a Patent for a System that Removes Moisture such as Salt Water, Gasses & Steam entering an iPhone's Speakers 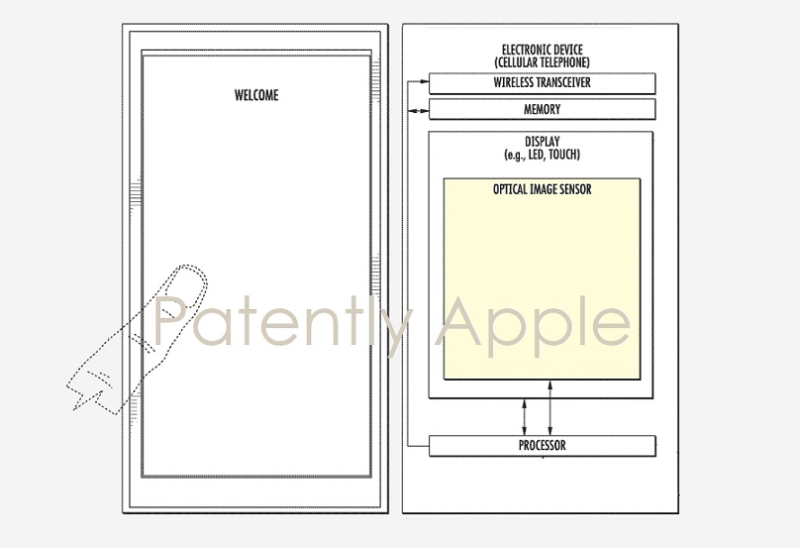 Apple has been working on Touch ID for under the display for years now and Patently Apple has covered many such patents such as these: 01, 02, 03 & 04. Today the U.S. Patent and Trademark Office officially published a newly granted patent for yet another Touch ID patent using a fairly large under display optical sensor. Especially with COVID-19, having Touch ID under the display as a secondary biometric would be welcomed. 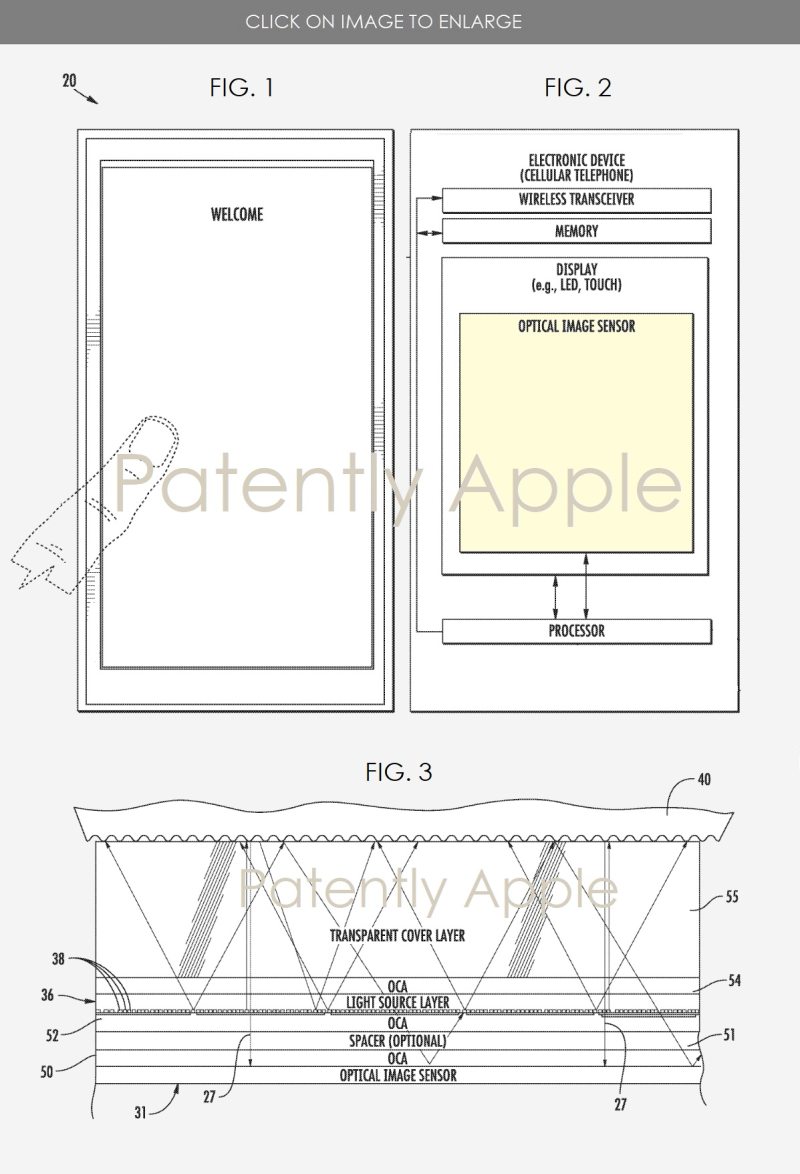 Apple's patent FIG. 3 above is a schematic cross-sectional view of a portion of an iPhone with Touch ID.

Apple's granted patent 10,768,751was originally filed in Q2 2018 and published today by the US Patent and Trademark Office.