Apple Wins a Patent for a System that Removes Moisture such as Salt Water, Gasses & Steam entering an iPhone's Speakers 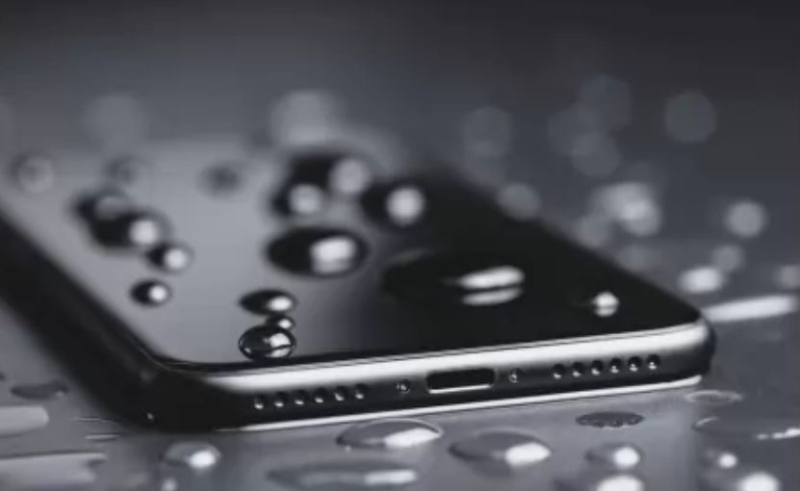 Back in June Patently Apple posted a report titled "Apple invented a Waterproofing Port System back in 2016 and today a Slow-Motion Video allows us to witness the System in Action." Our report included a video as presented below.

Today the U.S. Patent and Trademark Office officially published a newly granted patent for Apple Inc. that covers a similar water expelling system than the Apple Watch but this time to protect iPhone speakers.

Apple's patent figures below begin with FIGS. 2A & 2B showing that the invention regarding a water expelling system is for an iPhone this time around. Apple defines "moisture" as referring to fresh water, saltwater, liquids, gases, steam, and the like. 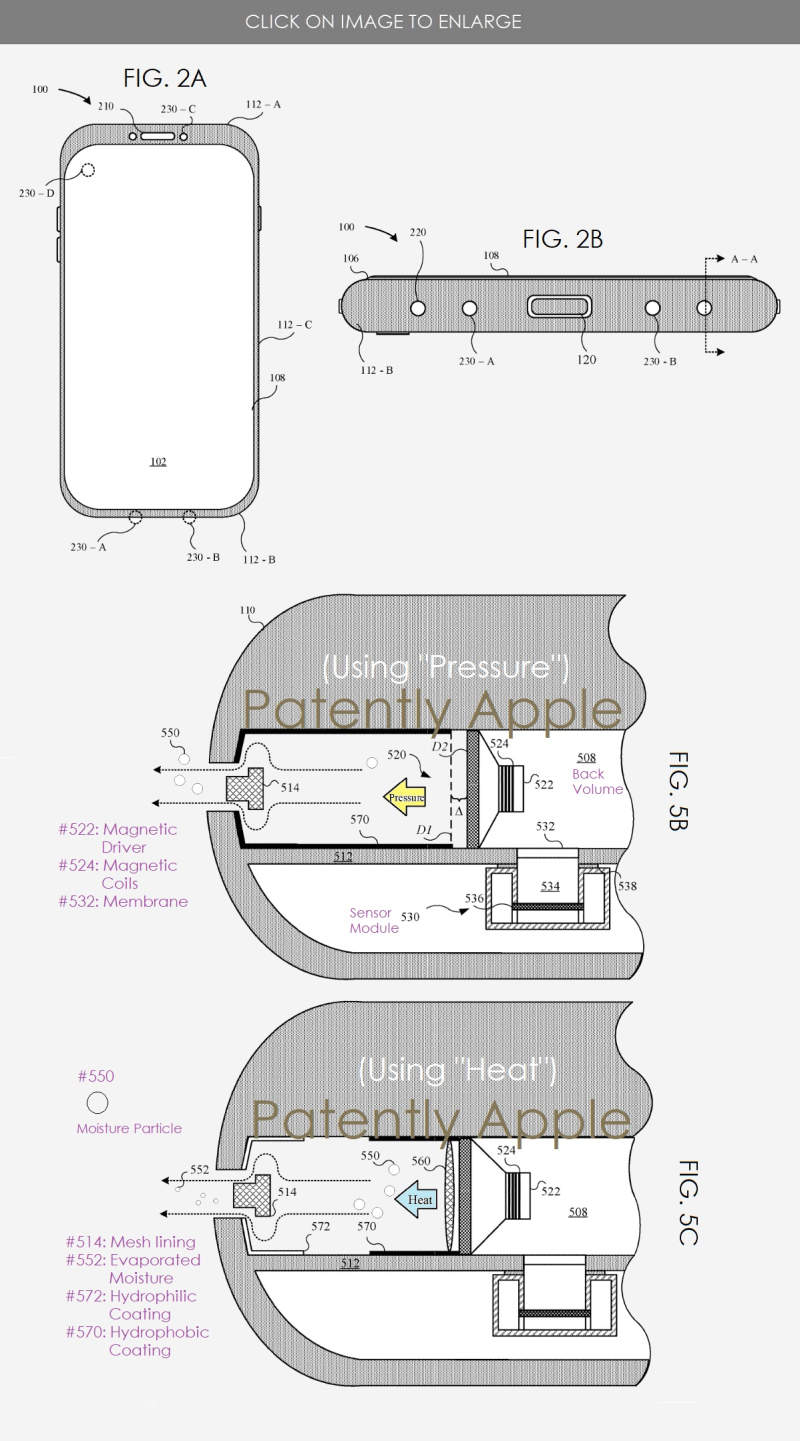 Apple's patent FIG. 5C above illustrates a moisture removal system in accordance with some embodiments. As illustrated in FIG. 5C, the magnetic coils (#524) are capable of generating sufficient heat to evaporate the moisture particles (#550) into evaporated moisture (#552), which is capable of swelling as a gas through the opening.