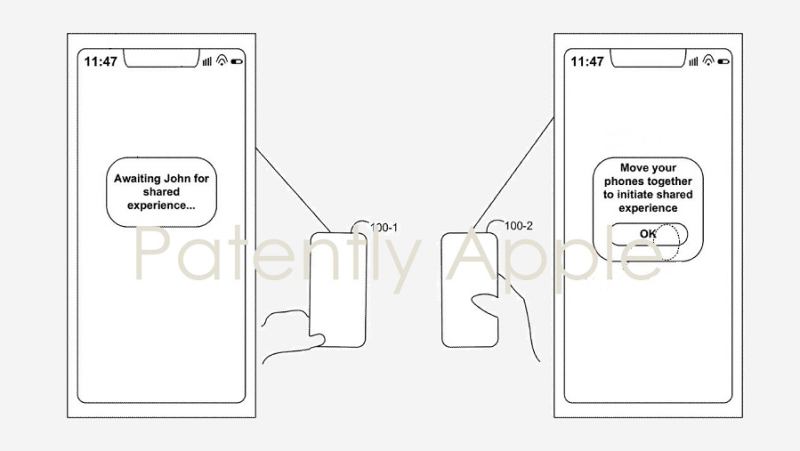 The U.S. Patent and Trademark Office officially published a series of 63 newly granted patents for Apple Inc. today. In this particular report we cover Apple work on a future AR Experience Sharing App that includes games and much, much more.

Conventional methods of augmenting media often require multiple separate inputs (e.g., individual annotation of multiple frames and/or placement of augmentations relative to objects in media) to achieve an intended outcome (e.g., annotating a portion of a stored video or a live video feed and/or displaying virtual objects at positions that correspond to surfaces of physical objects in stored media).

Some of the patent figures provide an overview of intuitive ways for a user to augment media such as stored content, still images, and/or live video captured by one or more cameras of a device (e.g., by using depth data stored and/or captured in conjunction with image data to place augmentations and to maintain a fixed spatial relationship between augmentations and portions of a physical environment in a field of view of a camera).

Apple's granted patent covers systems, methods, and GUIs that will improve user interface interactions for augmenting media in multiple ways. For example, they make it easier to: relocalize an annotation, annotate a video, add virtual objects to previously captured media, and initiate a shared annotation session. 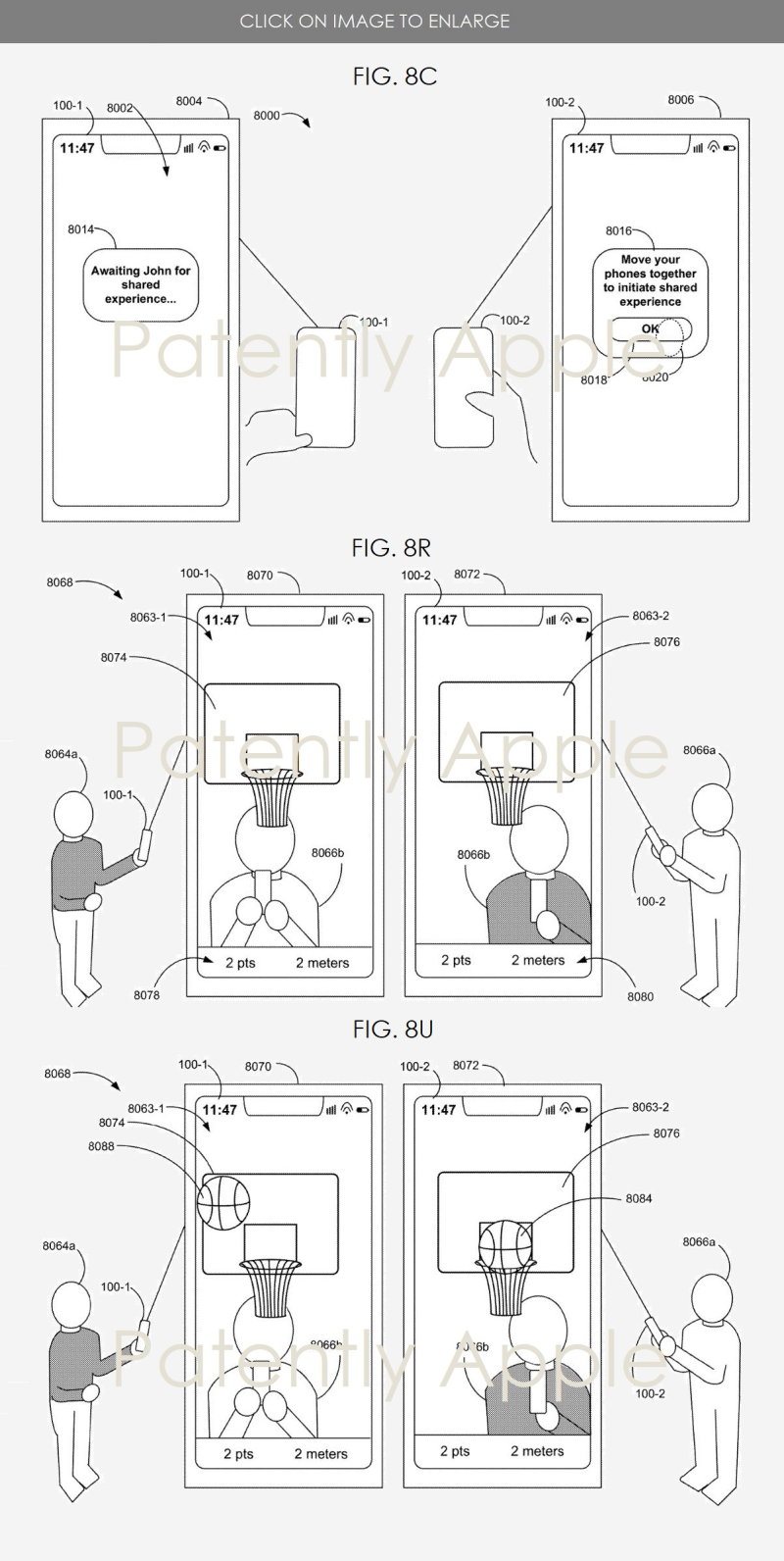 There are dozens more patent figures and examples that Apple provides us with that are just too lengthy for our report. You could review Apple's full granted patent 10,785,413 here.