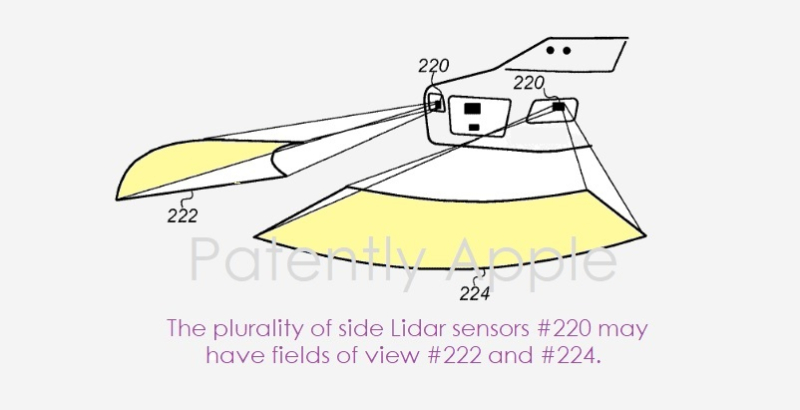 An autonomous vehicle includes numerous optical sensors configured to sense a surrounding environment around the vehicle. The optical sensors provide information regarding the environment to the vehicle such that the vehicle is spatially aware of the vehicle's surroundings in order to determine an appropriate action. Over time, the vehicle may encounter various impacts that may disrupt positioning of the sensors, such as bumps in a road, vibrations from driving or sudden stoppage while driving. These impacts can potentially cause the sensors to be out of alignment from original factory specifications. Unaligned or misaligned sensors can disrupt autonomy functions of the vehicle due to incorrect or misinterpreted data from the sensors. Apples granted patent provides a solution for this.

The first granted patent in this group covers multi-sensor real-time alignment systems and methods autonomous vehicles that may include numerous sensors to survey a surrounding environment. The sensors may include cameras, such as stereo cameras, or light dynamic and ranging (lidar) sensors. 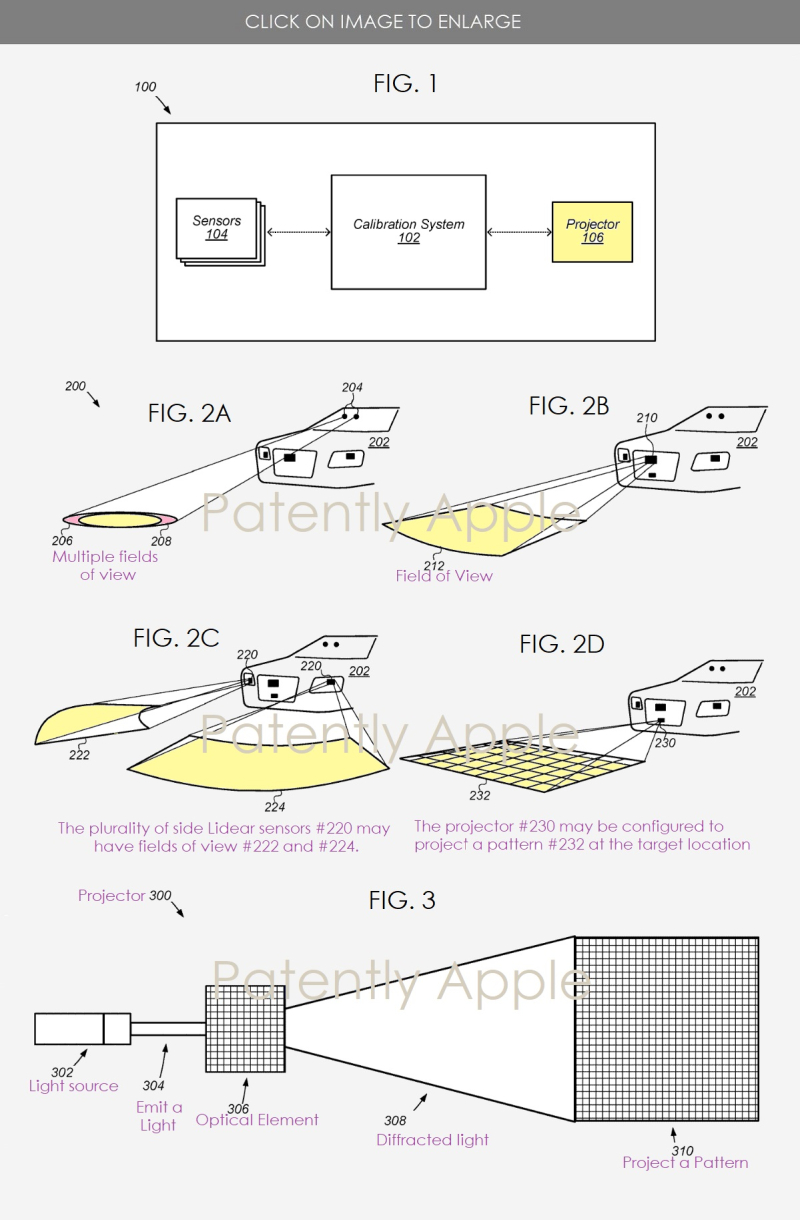 The second granted patent in this group covers a future vehicle steering system.

Apple's patent FIG. 3 is an illustration showing an example configuration for steering actuator modules of the steering system. 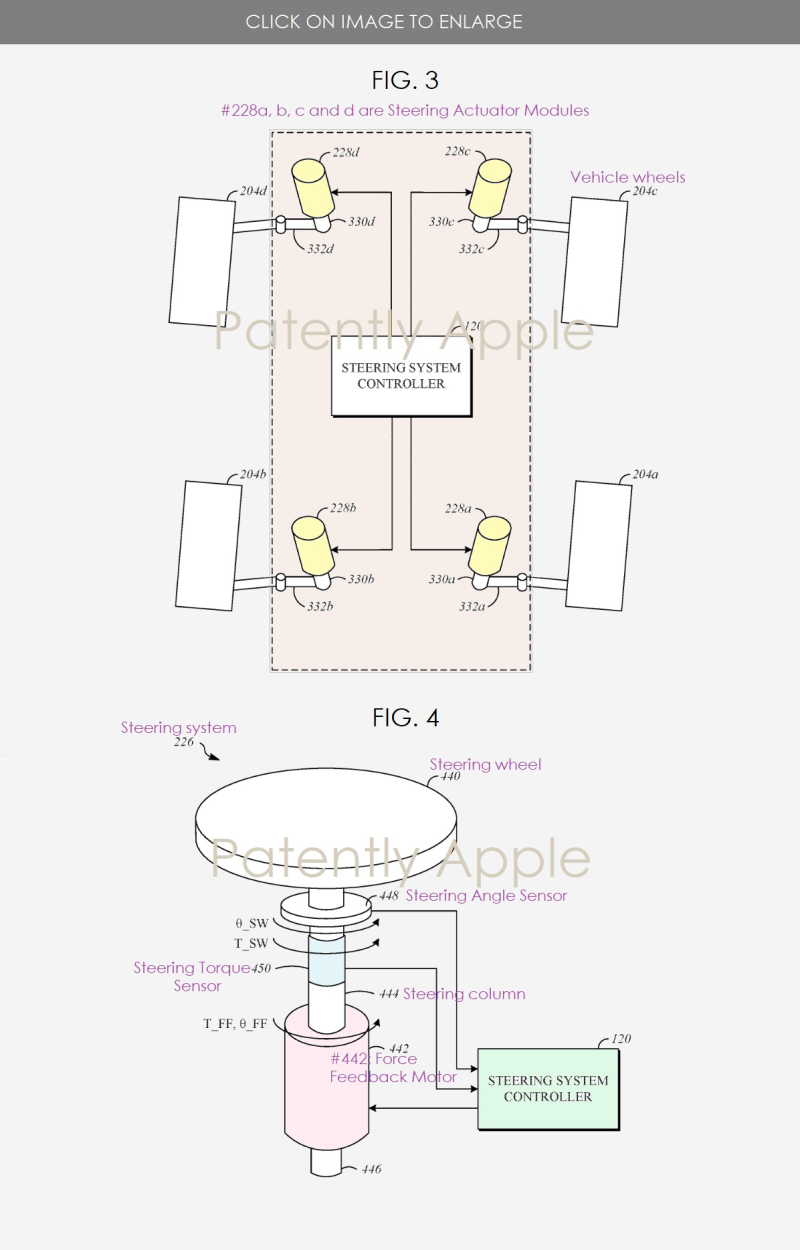 Apple's patent FIG. 4 above is an illustration showing an example configuration for a steering column module of the steering system.

Apple's patent FIG. 1 below shows a portion of a vehicle body that includes a roof panel (#102) that is supported by vehicle body structures including structural rails and structural pillars; FIG. 2A is a partial perspective illustration showing a right-side roof rail of the vehicle body of FIG. 1. 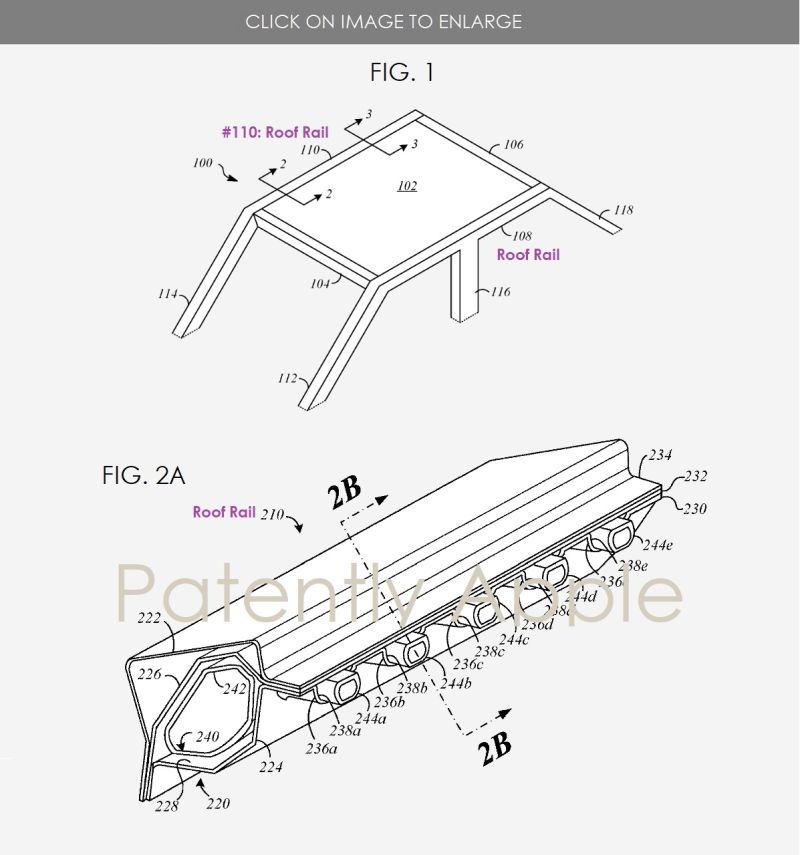 For more on this, read the full granted patent here. To review more of Apple's Project Titan patents, view our dedicated Archives.

No company on the planet hires a massive team of specialized engineers, spends millions to purchase land to test drive vehicle systems without a pay day in mind.