Home Archives Contact Us Subscribe Twitter MeWe Facebook Patently Mobile
Amazon Introduced a new Cloud-Based Gaming Service called 'Luna' along with its own Controller, a Bizarre Home Drone and more
EU Commissioner Margrethe Vestager has decided to Appeal the €13.1 billion tax case against Apple to the Highest Court in Europe 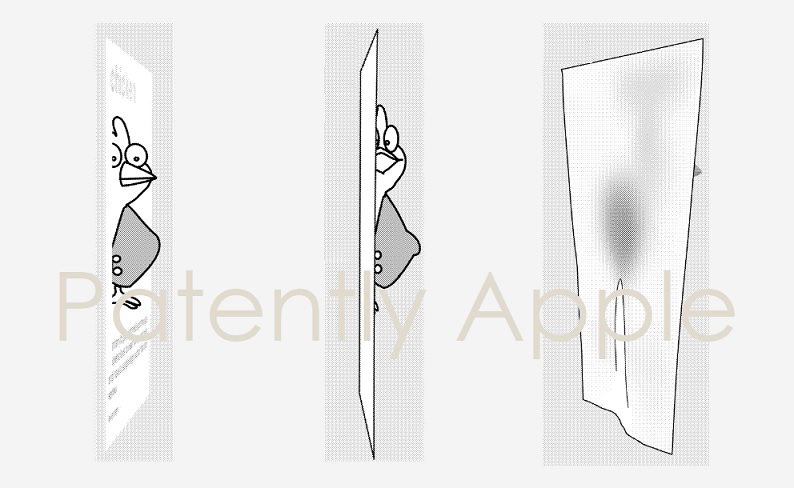 Today the US Patent & Trademark Office published a patent application from Apple that relates to the future use of Virtual Paper on devices that will be able to crumple, flip, fold, bend while keeping the graphics intact in varying positions as the virtual paper changes angles and perspectives. Virtual paper could include mixed reality content in 2D, 3D and animation where the image could be constantly shifting depending on a particular state that it's in. This is pretty cool stuff that's now in-the-works.

The patent is not really meant for consumers, though we'll eventually be able to enjoy virtual paper on our future head-mounted devices, iPhones and iPads.

The filing appears to be more for developers or perhaps it's Apple's work that will be coming to future developer tools, as they reference things like "each of the 3D toolbox objects."

In the big picture, Apple's patent covers devices, apparatuses, systems, and methods for intermingling stereoscopic and conforming virtual content to a virtual paper.

Apple notes that in contrast to previously available computer-generated reality (CGR) systems, various embodiments disclosed in their patent filing provide a multi-dimensional CGR environment. In some embodiments, the multi-dimensional CGR environment includes a display of a virtual paper that is represented as a bounded surface or a bounded region.

Apple's patent FIG. 4B illustrates the backside of the virtual paper with the chicken, the bounded surface (#405) appears to be translucent or semitransparent, such that we can see the outline of a blurred chicken image with just the tip of the beak present on the far right of the image to show you that graphics are following the movement of the virtual paper.

The patent then goes 10 miles deep into the lighting, rasterized images, spheres, pixel depths that could lose the average reader. 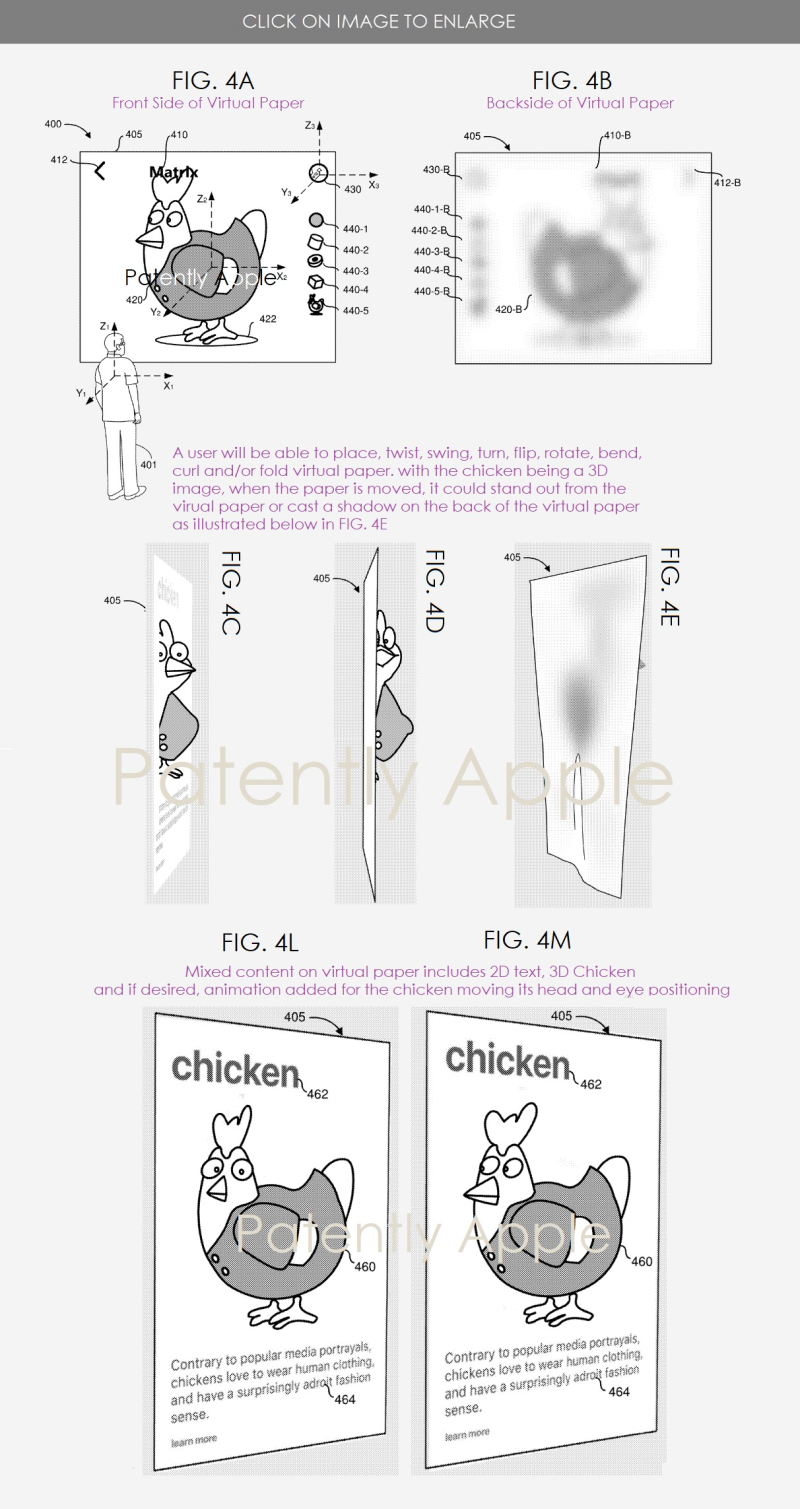 Lastly, in Apple's patent FIGS. 4L and 4M, they note that in addition to the stereoscopic virtual object of the 3D chicken being displayed in a web page, the 3D chicken's head could be animated by turning, blinking and so forth.

Apple's patent illustrates Virtual Paper being used in future applications such as Apple Maps, Apple Music and other apps relating to travel and obviously books, magazines and so forth.  In patent FIG. 5i below, Apple tells us that a consumer viewing an image on an mall ad or magazine will be able to turn the boat around by gesture in order to view different parts of the ship and so forth. 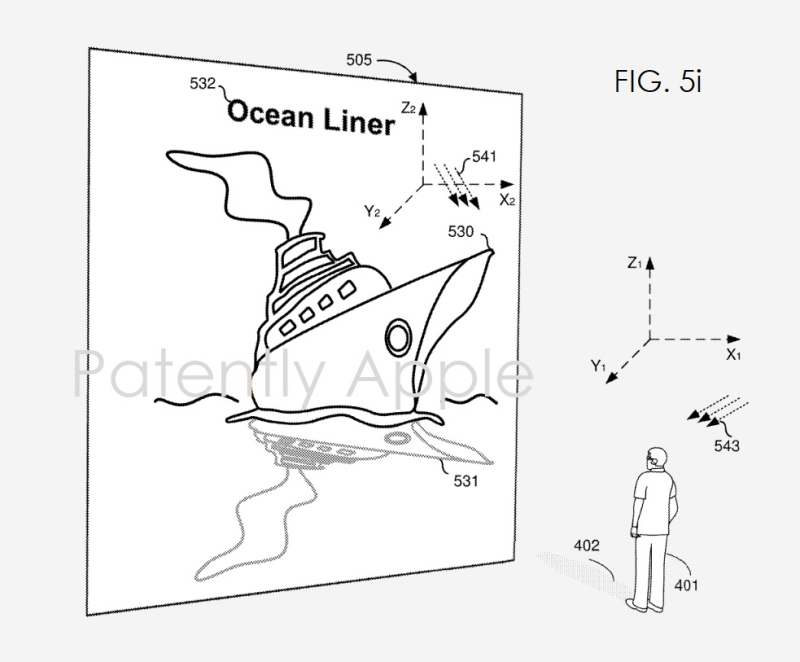 Apple's patent application 20200302698 that was published today by the U.S. Patent Office was filed back Q1 2020 with some of the work incorporated into this patent dating back to Q1 2019. For developers wanting to review the patent filing deeper could do so here.

Considering that this is a patent application, the timing of such a product or developer tool to market is unknown at this time.