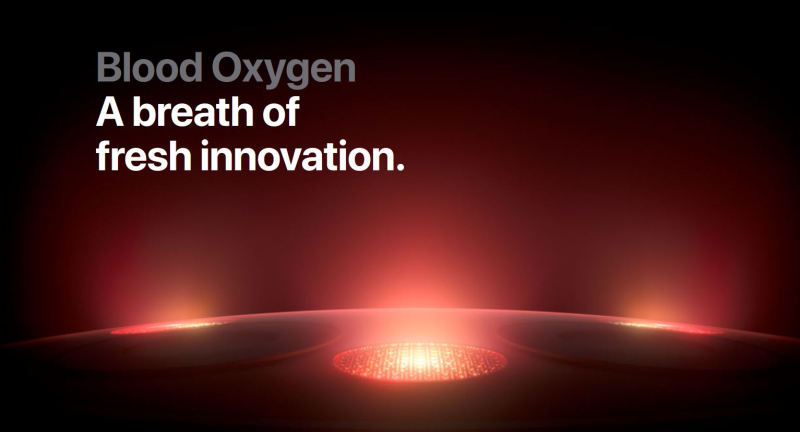 Apple has filed for new trademarks. The first is for "SensorKit" which Apple describes as a Framework to "Retrieve data and derived metrics from an iPhone’s sensors, or from a paired Apple Watch." At present, it's in beta. Apple notes: "This documentation contains preliminary information about an API or technology in development. This information is subject to change, and software implemented according to this documentation should be tested with final operating system software."

During the Apple Watch and iPad event, Tim Cook spoke about New York's Mount Sinai launching their new Warrior Watch Study beginning at the 6:40 mark of the keynote. He noted that by "Using data from Apple Watch Researchers are studying the impact of COVID-19 on the psychological well-being of front-line health care workers by identifying early signs of stress …"

This is likely where SensorKit comes in by directly providing researchers with the exact data needed to support a study from the various sensors within an Apple device.

The second trademark filing was made on Monday in the UK for Apple's new iPad Air processor the "A14 Bionic."

In the U.S., Apple filed their trademark for SensorKit under International Class 009 covering the following: "downloadable computer software used in developing other software applications."

In Hong Kong's trademark filing 305403186, Apple Legal went a little overboard when covering SensorKit under the very same U.S. International Class filing. Below is just a peek at what they listed:

That's about one-third of what was actually listed. My favorite hit the list too: Dog whistles. I guess that falls under "smartdogs" but who knows.

While I've seen a SensorKit logo online, I haven't found it associated with SensorKit officially. Apple's first trademark covered in this report only covers text, as presented below, and not a figurative logo. When and if Apple files for such a trademark, we'll be sure to post a new report covering such.

Apple Files for 'A14 Bionic' Trademark

Apple's trademark filing only covers simple text and isn't for the figurative version that is likely to cover what we've presented above. 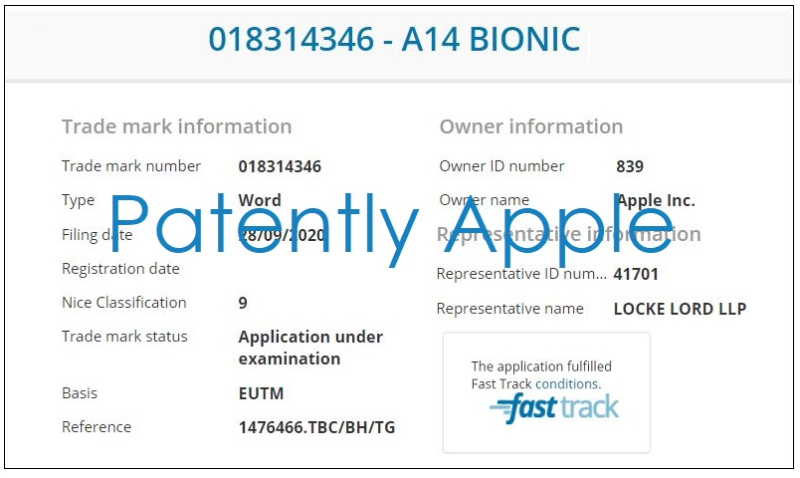 It should be noted that International trademark classes that Apple files their trademarks under are important because the trademark registration will only protect those classes that have been identified in their original application. In a legal battle, the classes filed for originally could make or break a legal case.