Apple Continues to Reveal more of their Master Smart Home Project which includes the use of Invisible Tripwires, advanced Biometrics & more 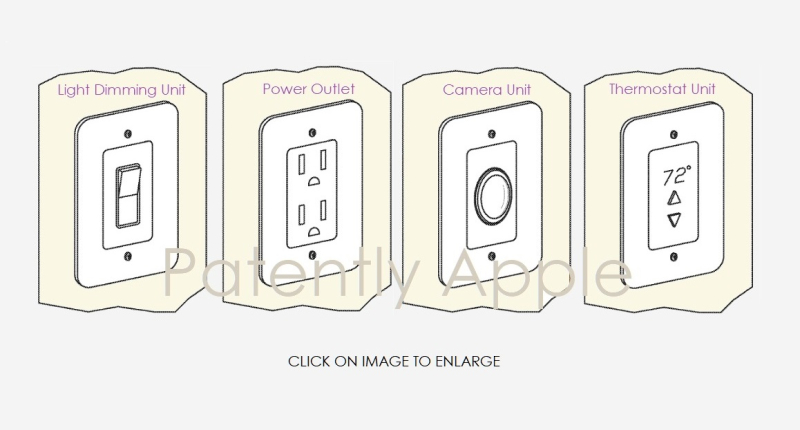 A year ago, Patently Apple posted a major patent report titled "Apple Reveals a Major Modular Wall Unit System that Automatically Configures Smart Homes & Buildings." Some of the embodiments illustrated in our cover graphic relate to a modular and configurable system for a home or building that could automatically and dynamically configure a smart building (e.g., smart home) environment as modular accessories are added and removed from the system.

Today's patent filing greatly expands on Apple's master smart home project and vision that includes the use of invisible tripwires to using advanced biometrics to distinguish different family members that will have variable permissions within the home.

The modular accessory (e.g., see FIGS. 5A-5D) presented below cover things such as a power outlet, light switch, sensor device, etc., can be configured to be interchangeably and non-destructively coupled and decoupled with the host unit. 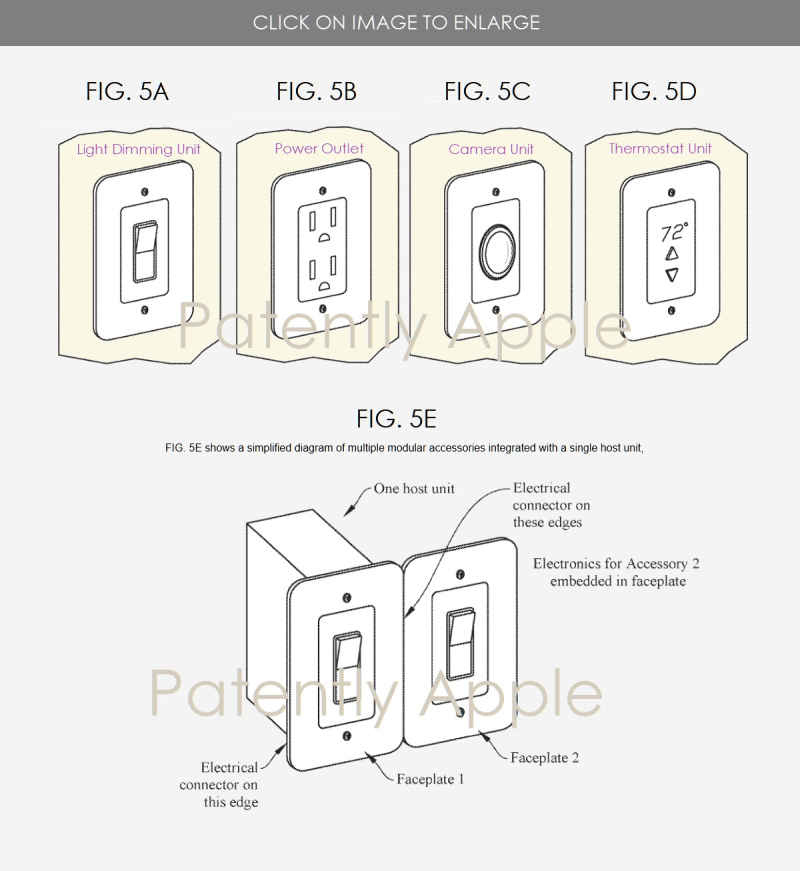 You could review last year's patent report here as it acts as a foundation for Apple's smart home project.

While last year's patent filing illustrated a number of floor plans, it didn't cover the ones of interest that are presented in this year's patent application, in that they're more focused on the smart home instead of a generic building. The patent figures below cover new parts of Apple's smart home project.

Apple's patent FIG. 18 below shows aspects of differentiating between multiple detected objects in a configurable home infrastructure; FIG. 20 shows a system configured to perform deductive floor plan generation. It also shows the devices that will be able to interact with a smart home including a Head Mounted Display device as #2003. 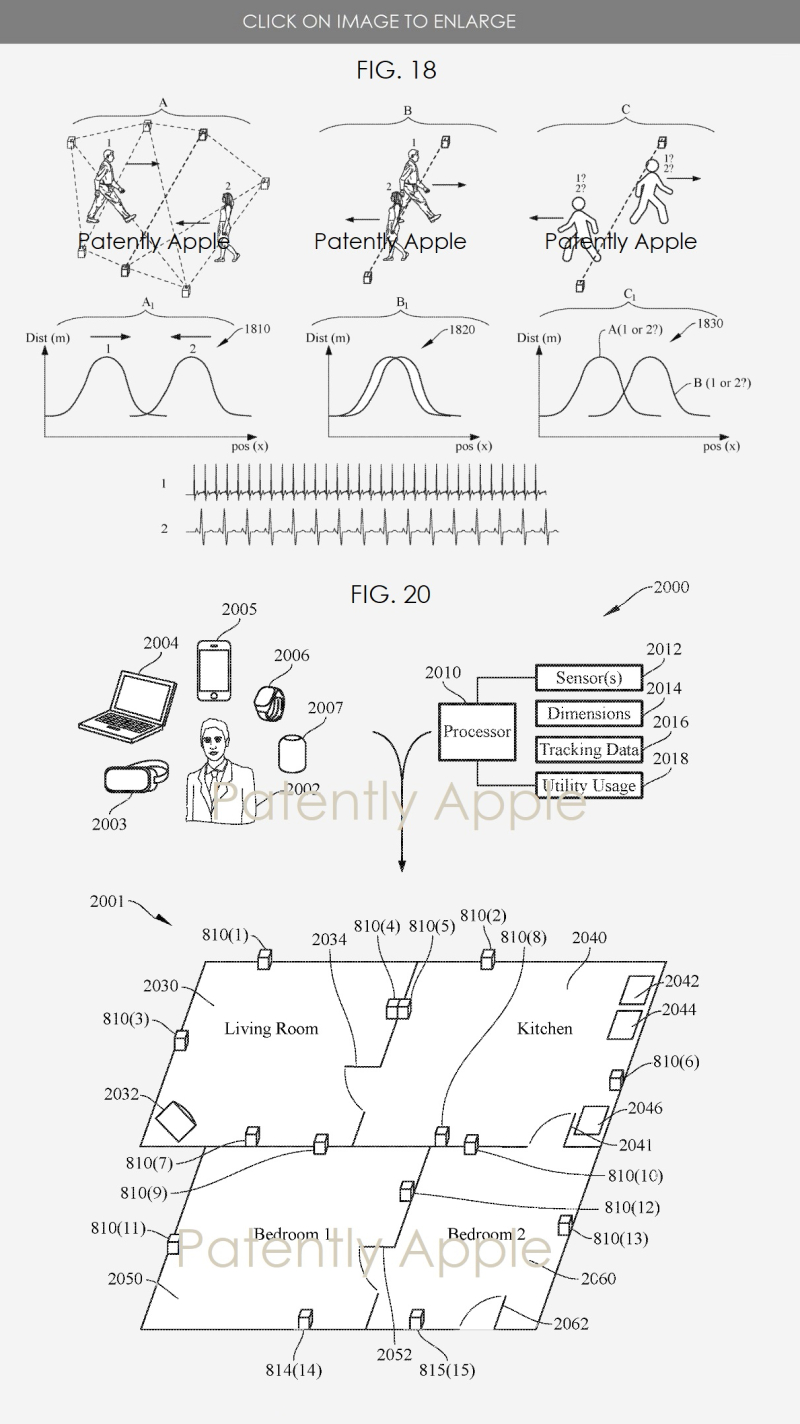 In respect to Apple's patent FIG. 18, Apple notes that in certain embodiments, two or more people (users) passing through a common virtual tripwire may be detected and differentiated based on one or more of their biometrics.

For instance, consider the scenario where two people are walking toward each other and pass one another at a virtual tripwire. It may not be clear from the virtual tripwire measurement data if the two people passed each other and continued walking in the same direction, or if they stopped and turned around to back in the opposite direction. In such cases, biometrics such as a person's heart rate can be measured wirelessly (e.g., via a 60 GHz millimeter wave sensor (MWS) system) to differentiate between people, as shown and described below with respect to FIG. 18. Other characteristics can be used as well, including a person's detected speed, gate, size, or other features that may be particular to certain users. 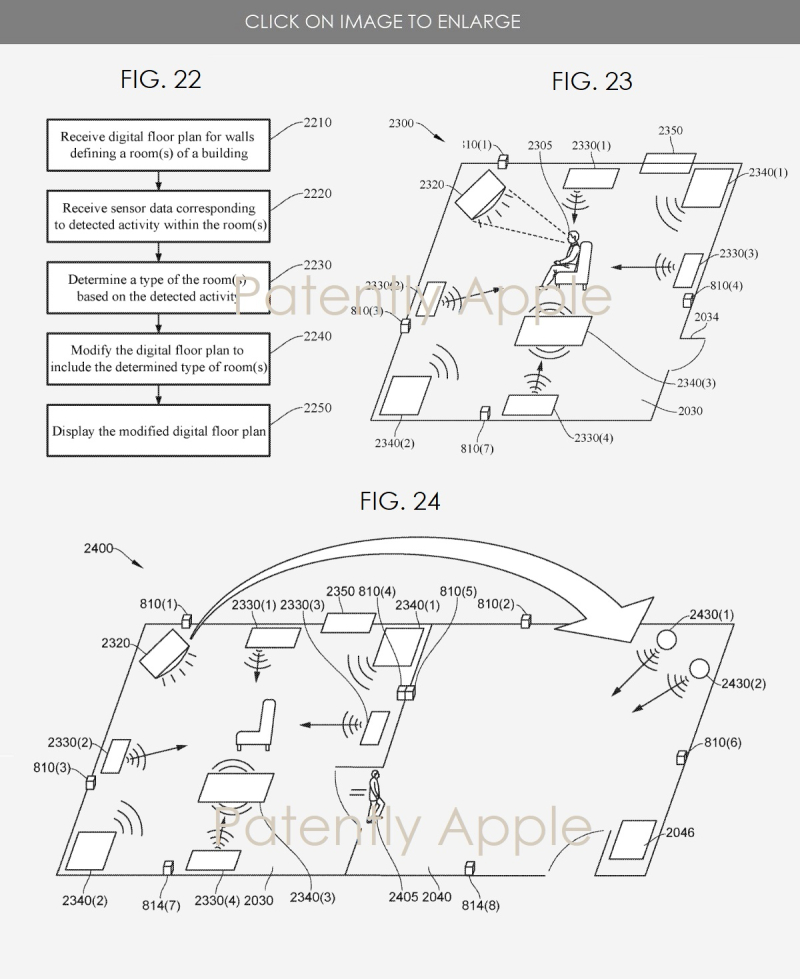 Apple's patent FIG. 25 below shows a remote control configured to route control signals to various appliances, media, accessories, and environmental controls; FIGS. 26A-B show a remote control directing media to a number of media accessories based on a directional movement. 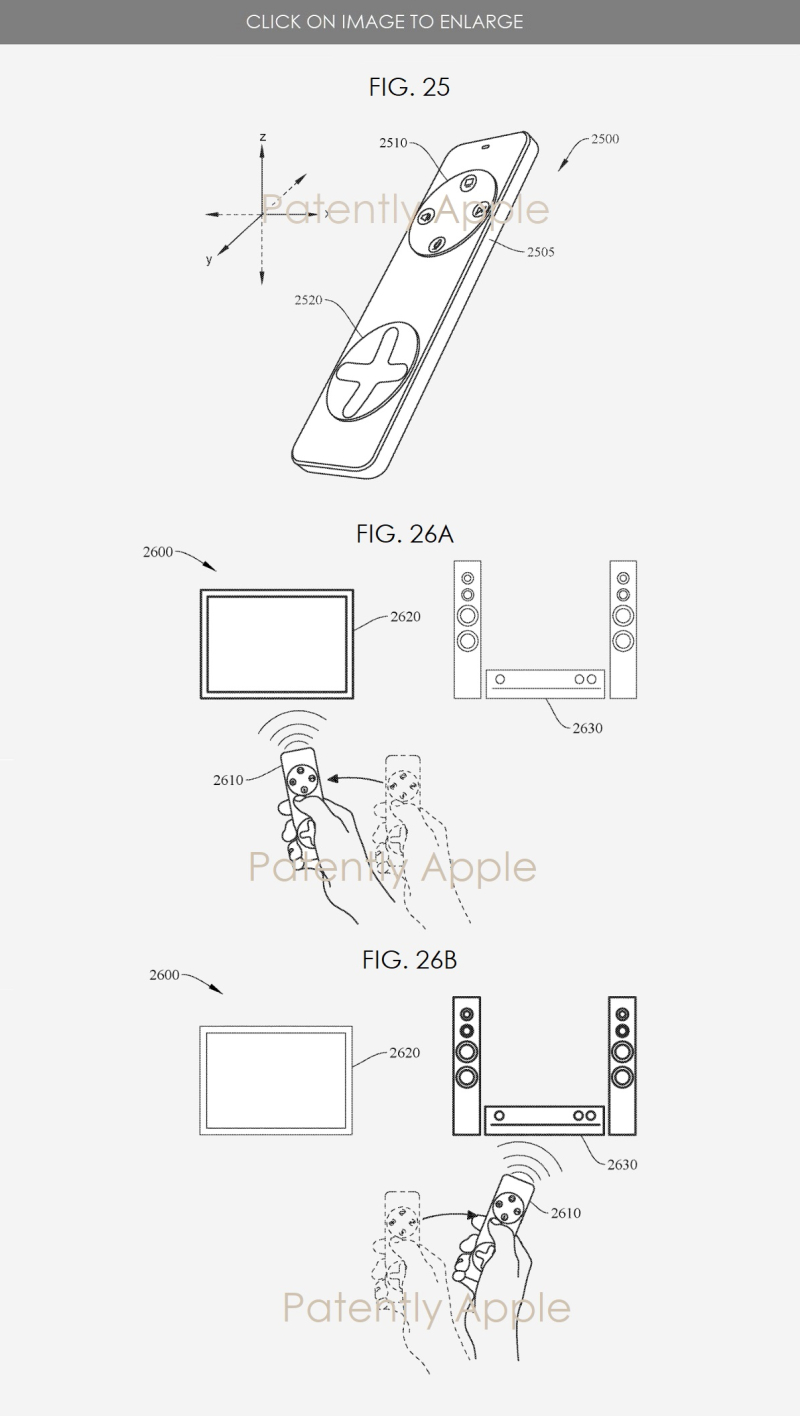 Further to patent figure 25 above Apple notes that in certain particular embodiments, the remote is able to support enhanced TV navigation, text input, gaming, and more.

The remote control may include two recessed touch pads (with an integrated button) that can operate as the universal buttons for interacting with one or more media systems, modular multi-host systems or the like, or a combination thereof.

In some implementations, remote control may have a symmetric configuration that reorients the controls depending on which end is facing a device currently being controlled (e.g., the television).

The remote control may also be turned sideways and operate in a gaming and text entry mode, for example. In gaming mode, the two touchpads could operate as either as a joystick or a button pad.

Apple's patent application 20200301378 that was published today by the U.S. Patent Office was filed back in Q1 2019. This is a deeply detailed patent and for those wanting to go down the rabbit hole could do so here. Considering that this is a patent application, the timing of such a product to market is unknown at this time.