Home Archives Contact Us Subscribe Twitter MeWe Facebook Patently Mobile
While the German Smartphone Market Plunged 27% in Q2 due to COVID-19, Apple and Xiaomi bucked the Trend with Solid Growth
Apple announces the Documentary titled "Billie Eilish: The World's a Little Blurry" will Air on Apple TV+ in February 2021 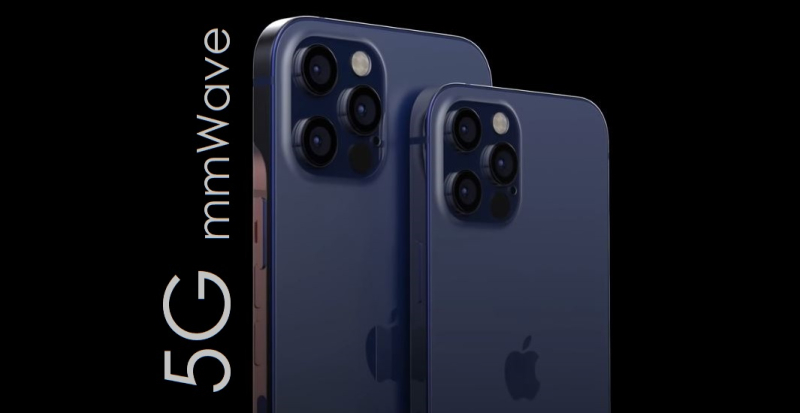 On Thursday the US Patent & Trademark Office published a patent application from Apple that relates their Wireless 5G NR Sub-6 GHz Architecture designed for human safety while remaining powerful. Apple points out that most 5G NR Sub-6 GHz chip systems play it safe when users are in close contact with a mobile device. By doing so, the speed of the wireless communication loses strength. Apple's solution, is a sophisticated multi-dimensional architecture that ensures that the user device will optimally operate without endangering the user.

Apple's patent generally relates to radio frequency systems used to facilitate wireless communication of data between electronic devices and/or with a network. In particular, the radio frequency system may implement millimeter-wave (mmWave) wireless communication technologies due to large amounts of available bandwidth in millimeter frequency bands that are capable of supporting high rates of information transfer.

The rate at which the emitted energy may be absorbed is regulated by a Maximum Permissible Exposure (MPE) limit for 5G NR mmWave systems and by a Specific Absorption Rate (SAR) set for sub-6 GHz systems.

In particular, for mmWave technologies, the wavelength of the radio frequency waves is small enough for the human body to be considered as part of a far-field of the electronic device and thus, MPE (e.g., electromagnetic field incident on human skin, in Watts/meter.sup.2) may be used as an appropriate limit for emitted energy absorbed by a human.

In such embodiments, the SAR (e.g., electromagnetic field through a volume, such as human tissue, or power absorbed per mass of volume in Watts/kilogram) may provide a better comparison limit for emitted energy absorbed by a human or human's skin.

To comply with the MPE or SAR, the radio frequency system may output lower than maximum output energy (e.g., output power) when the human body is near the electronic device, such as a hand-held device as opposed to a TV.

Apple's invention covers a complex variable architecture to ensure that iDevices will be able to work at their best at all times when being held by a user while keeping users safe within guidelines.

Apple notes that the hardware of the radio frequency system may be implemented either as a "bi-static radar" or "mono-static radar" depending on the situation at hand.

Alternatively, in some embodiments, the hardware of the radio frequency system may be implemented as a "Body Detection Sensor" operating in the 24 giga-hertz (GHz) industrial, scientific, medical (ISM) band (e.g., 24-24.25 GHz).

Apple notes that their solution for 5G NR mmWave Systems could be used in future Macs, the iPhone, iPad, Apple Watch, TV, VR/AR headset, a vehicle dashboard, a handheld game platform and the like.

Apple's patent FIG. 6 below is a schematic of a hardware radio frequency system implemented as a "bi-static radar" to detect the presence of a human body. 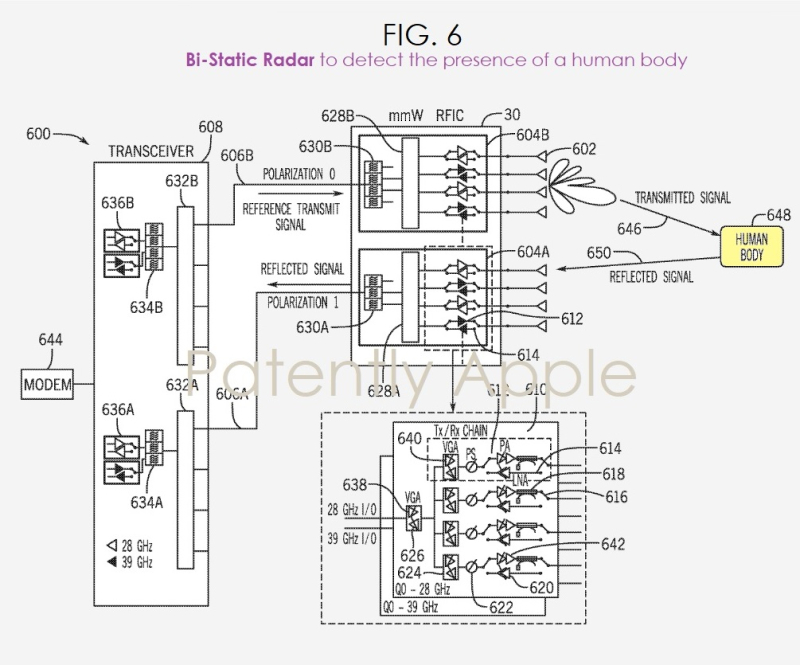 Apple's patent FIG. 7 below is a schematic of a hardware radio frequency system implemented as a "mono-static radar" to detect presence of the human body Apple's patent FIG. 8 below is a schematic of the hardware of the radio frequency system implemented as a "Body Detection Sensor" operating in the 24 giga-hertz (GHz) band to detect the presence of the human body. 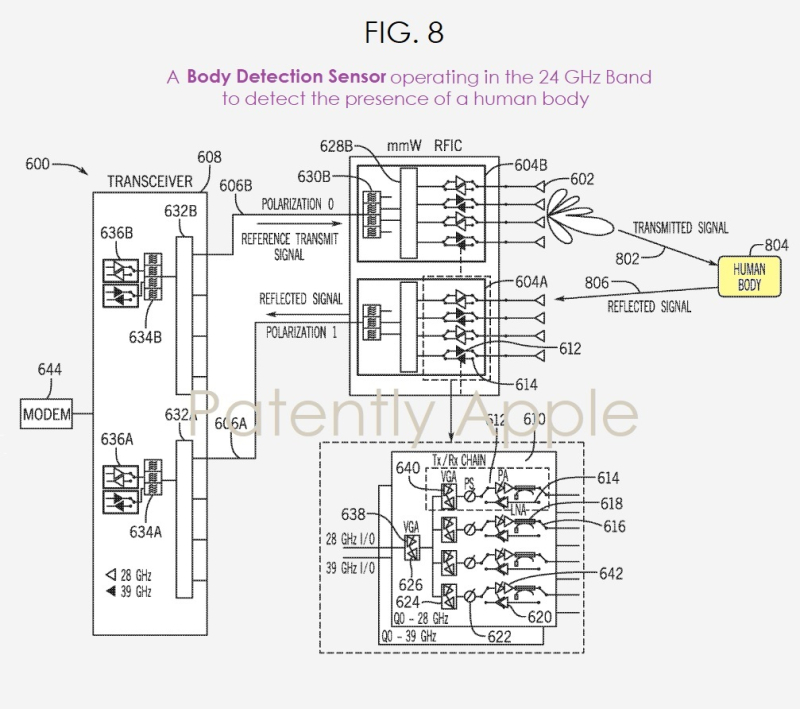 Earlier today a confusing report surfaced in Korea. While the author of the report reportedly heard from local carriers that Korea will get Apple's 5G iPhone in early November, the report all but confesses that the information about Apple's iPhone schedule is based on "foreign" sources, like Prosser for instance, and then uses past time frames of when Korea traditionally received iPhones to predict the 5G smartphone time frame of arrival.

It's clear that the author of the report is speculating as he's all over the map. If the local carriers were actually clear, then there would be no need to add in "foreign" sources and use past history to justify the delivery time that he's using in the report.