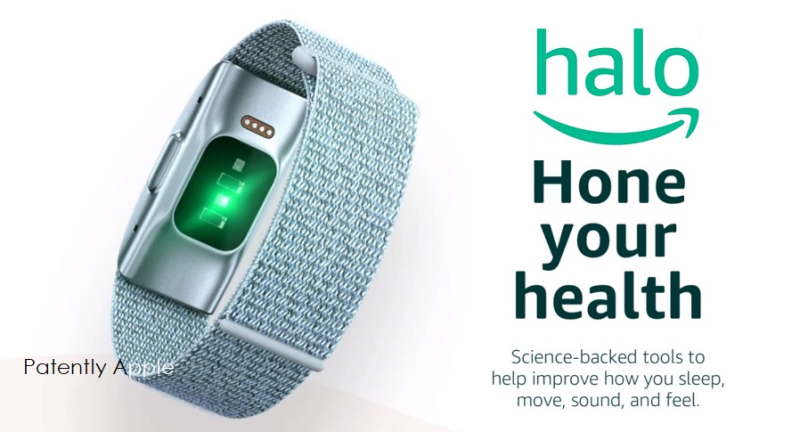 On August 27, Patently Apple posted a report titled "Amazon Enters the Smart Health & Fitness Market to take on Apple Watch with the Halo Device and Annual Membership." Our report noted that "The new Amazon Halo is a new service dedicated to helping customers improve their individual health and wellness. Amazon Halo combines a suite of AI-powered health features that provide actionable insights into overall wellness via the new Amazon Halo app with the Amazon Halo Band, which uses multiple advanced sensors to provide the highly accurate information necessary to power Halo insights. It's available for both iOS and Android." Amazon beat Apple to market with a pay-for "membership" service. Today Patently Apple discovered Amazon's patent for the Halo device.

A wearable device may be used to provide a variety of functions to a user. These functions may include providing information, acquiring data using sensors, and so forth. The wearable device may operate alone or may utilize a communication link to operate in conjunction with another device such as a smartphone.

The wearable device may include output devices such as a haptic buzzer that provides haptic feedback to the user, a speaker to provide audio output, a light emitting diode (LED) to provide a visual indicator, and so forth.

Other sensors such as accelerometers, heart rate monitors, and so forth may be used to acquire data about the user's activity level, physical condition, and so forth. This data may then help the user. For example, information about how much the user is moving may be compared to a goal and used to provide an output that informs the user and helps them increase their activity level.

The combination of the band and the housing should also be comfortable for extended wear. For example, the user should be able to wear the wearable device without experiencing pinching, gouging, undue pressure, and so forth.

Amazon's patent FIG. 1 below is an illustrative wearable device comprising a housing and a field replaceable band; FIG. 3 is a perspective view of the housing of the wearable device prior to installation of an upper cover. 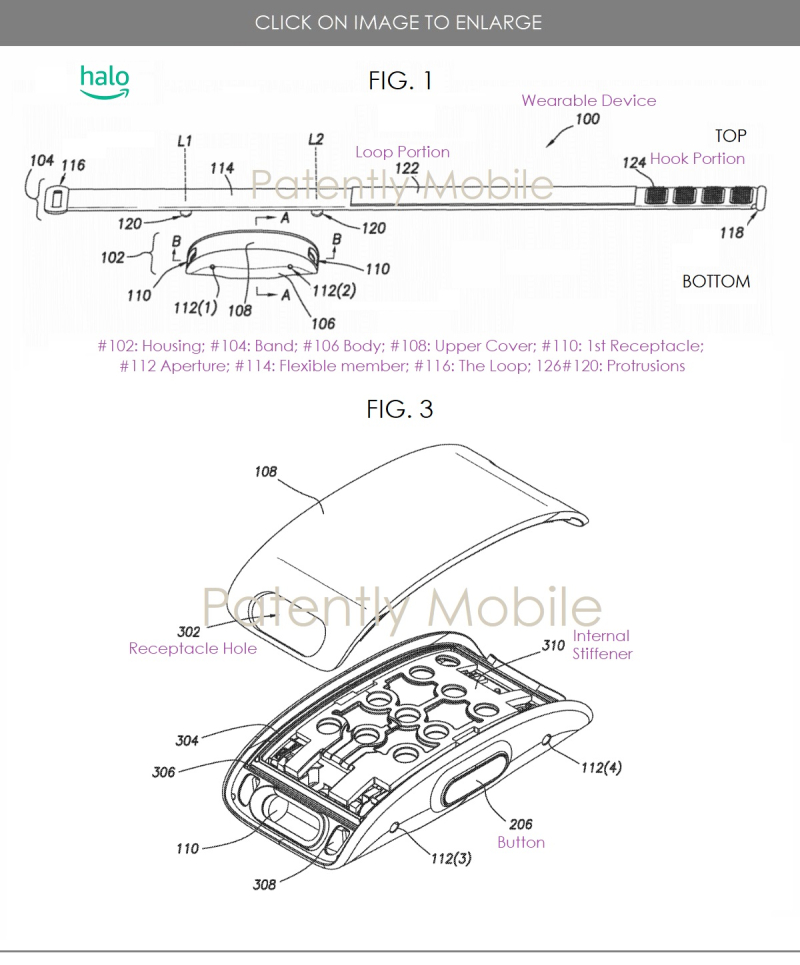 Amazon's patent FIG. 7 below is a cross sectional view of the housing, according to one implementation; FIG. 9 illustrates a block diagram of sensors and output devices that the wearable device may utilize. Some of the sensors include Fingerprint, glucose, a proximity and image. 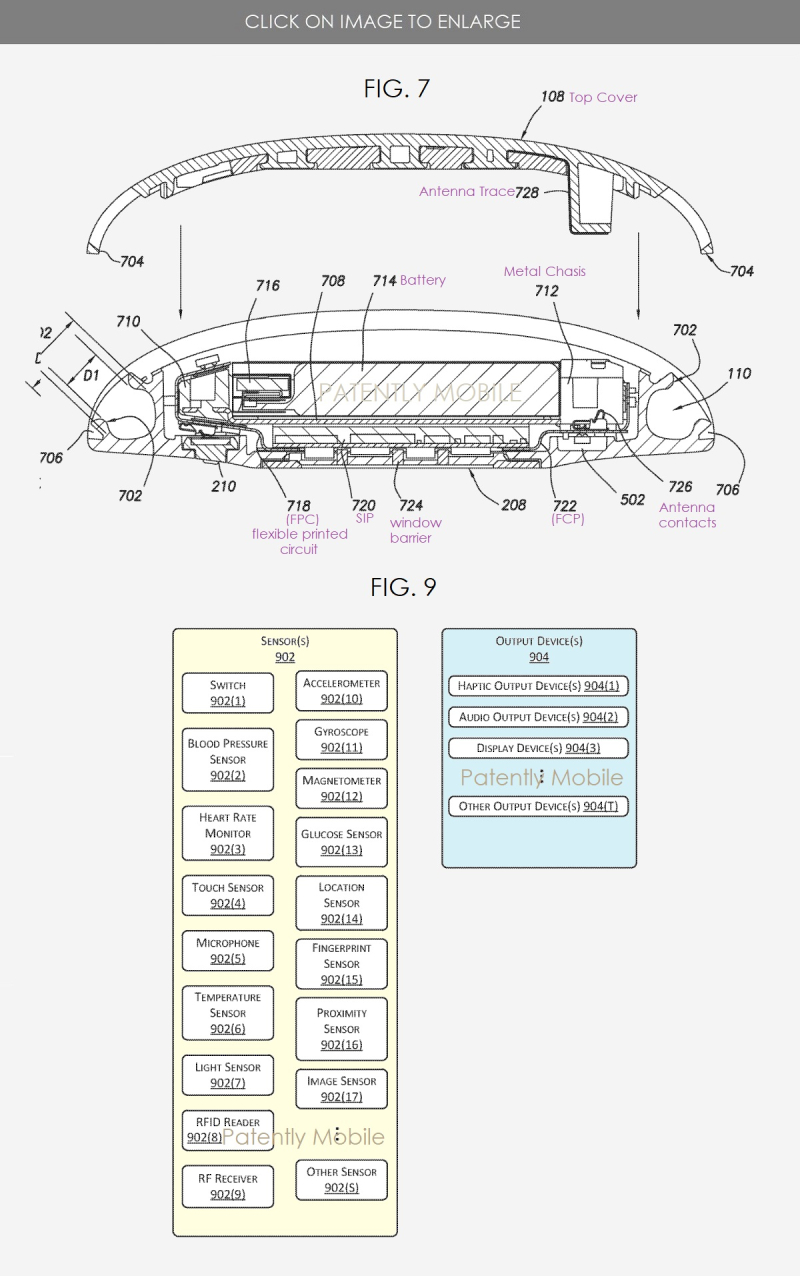 A location sensor 902(14) is configured to provide information indicative of a location. The location may be relative or absolute. For example, a relative location may indicate "kitchen", "bedroom", "conference room", and so forth