Home Archives Contact Us Subscribe Twitter MeWe Facebook Patently Mobile
Acquired Patents show us Two Applications that could be coming to Future AR Glasses, such a Super Zoom and …
Amazon Enters the Smart Health & Fitness Market to take on Apple Watch with the Halo Device and Annual Membership 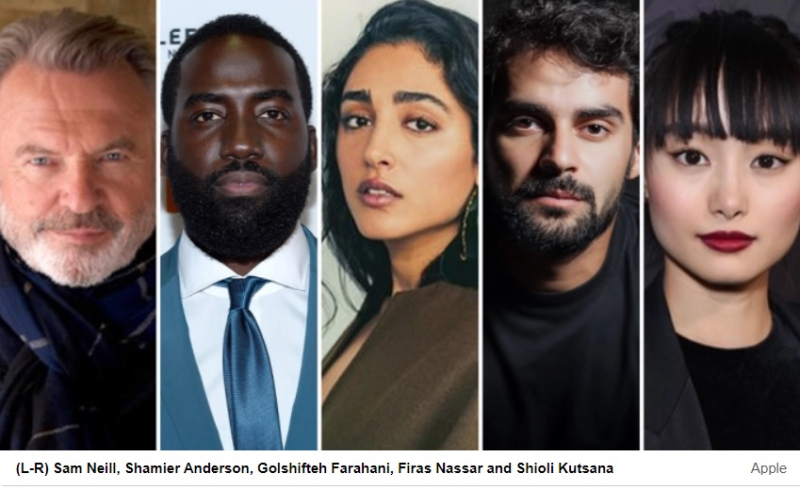 Simon Kinberg/David Weil’s sweeping Apple TV+ alien invasion series simply titled 'Invasion' returned to production in Manchester, England a week ago. Written and executive produced by Kinberg and Weil, Invasion is set across multiple continents and follows an alien invasion through multiple perspectives around the world.

One of Apple’s most ambitious original series to date, Invasion is designed to film in four locations on four continents: New York in the U.S. as well as UK (Manchester), Morocco and Japan.

Portions of the series had been shot in New York and Morocco, and producers were prepping for the UK shoot when the coronavirus-related industry shutdown started in mid-March.

Invasion is among the first U.S. series to resume production with COVID-19 safety protocols. At Apple, it joins fellow sci-fi drama, For All Mankind, which recently restarted filming on the Sony lot to finish its second season.

For more details on this, read the full Deadline Exclusive.