Home Archives Contact Us Subscribe Twitter MeWe Facebook Patently Mobile
Apple Files a Six-Count Countersuit against Koss Corporation for Breach of Contract and more
Microsoft has reportedly Signed a Deal with AT&T to sell their all new Dual Display Smartphone, the 'Surface Duo' in 2020 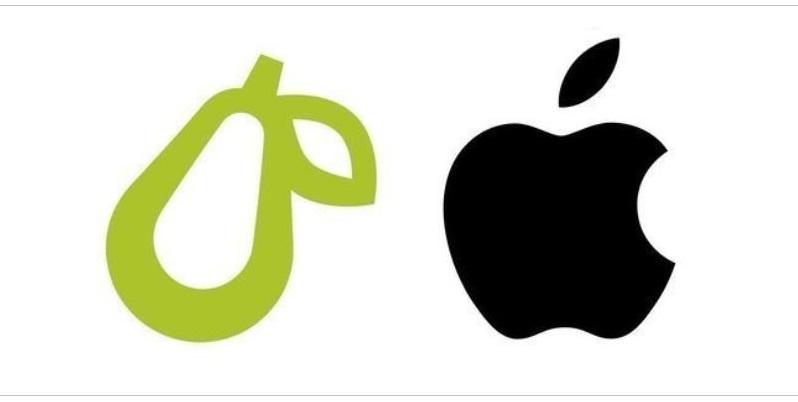 For a small business like "Prepear" that offers a meal planner and grocery list app that helps people discover recipes and more, getting a notice from Apple Legal opposing their trademark of a green pear as noted above is terrifying and costly to fight. The legal bills are mounting and they had to lay off one employee just to pay for the initial legal bills in fighting Apple.

For the love of God, how is this logo a threat to Apple Inc.? Seriously, has Apple legal lost their minds? Apple's "good guy" image is tarnished for being a bully and causing sleepless nights to owners of a small company and for what? Shame on Apple Legal! The opposition to their logo of a pear doesn't even pass the laugh test. Shame also goes out to the U.S. Patent and Trademark for allowing such an opposition to be allowed. Unbelievable.

Unless there's a big part of this story that hasn't been made public as of yet, and that's very possible, this is an unconscionable act.

Change.org's report by Russell Monson, states that "Apple has opposed the trademark application for our small business, Prepear, demanding that we change our obviously pear shaped logo, used to represent our brand in the recipe management and meal planning business. Before attacking us, Apple has opposed dozens of other trademark applications filed by small businesses with fruit related logos. Many of those logos were changed or abandoned. Most small businesses cannot afford the tens of thousands of dollars it would cost to fight Apple.

We are a very small business with only 5 team members, and legal costs from our fight for the right of all small business owners to be able to develop their own logo without fear of frivolous litigation has already cost us many thousands of dollars and the very saddening layoff of one of our team members.

It is a very terrifying experience to be legally attacked by one of the largest companies in the world, even when we have clearly done nothing wrong, and we understand why most companies just give in and change their logos. We feel a moral obligation to take a stand against Apple's aggressive legal action against small businesses and fight for the right to keep our logo. We are defending ourselves against Apple not only to keep our logo, but to send a message to big tech companies that bullying small businesses has consequences.

Please sign our petition requesting Apple to drop its opposition of the Prepear Logo, and help stop big tech companies from abusing their position of power by going after small businesses like ours who are already struggling due to the affects of Covid-19."

You can help the owners of Prepear by signing the petition here.

Apple's opposition to the logo is extremely lengthy. MacRumors presented the opposition in a 352 page SCRIBD document. The first ground for opposition, according to Apple's opposition, listed on page 39 of the document states: Likely to Cause Confusion, or to Cause Mistake, or to Deceive."  Apple presents a small graphic comparing the two logos.

Apple notes in point #29 of the document: "The Apple Marks are so famous and instantly recognizable that the similarities in Applicant's Mark will overshadow any differences and cause the ordinary consumer to believe that Applicant is related to, affiliated with or endorsed by Apple."

I guess if you're blind, stupid and live in a cave, that might be true. But otherwise, Apple legal is out to lunch, period. No one with a brain will ever confuse that pear logo with Apple's unique logo: no one ... ever.

Thanks to Gary NG owner of iPhone Canada for bringing this story to the Apple community.

In May 2019 Patently Apple posted another story along the same line titled " Apple Legal Ridiculously demands that a tiny German Tourist Association Change its logo or they'll be Sued."