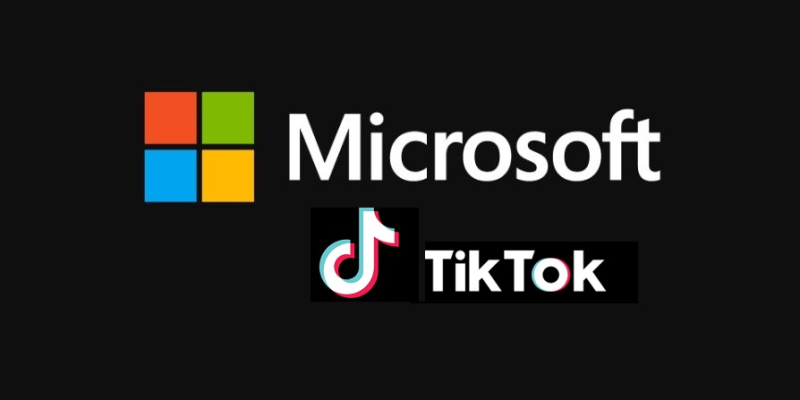 Earlier today we posted a follow-up report to our Friday report titled "ByteDance agrees to Divest their U.S. Operations of TikTok Completely as Twists and Turns in this story continue to emerge." This evening more news has emerged that certainly points to Microsoft coming out the winner for TikTok.

Following a conversation between Microsoft CEO Satya Nadella and President Donald J. Trump, Microsoft is prepared to continue discussions to explore a purchase of TikTok in the United States.

Microsoft fully appreciates the importance of addressing the President’s concerns. It is committed to acquiring TikTok subject to a complete security review and providing proper economic benefits to the United States, including the United States Treasury.

The discussions with ByteDance will build upon a notification made by Microsoft and ByteDance to the Committee on Foreign Investment in the United States (CFIUS). The two companies have provided notice of their intent to explore a preliminary proposal that would involve a purchase of the TikTok service in the United States, Canada, Australia, and New Zealand and would result in Microsoft owning and operating TikTok in these markets. Microsoft may invite other American investors to participate on a minority basis in this purchase.

Microsoft appreciates the U.S. Government’s and President Trump’s personal involvement as it continues to develop strong security protections for the country.

These discussions are preliminary and there can be no assurance that a transaction which involves Microsoft will proceed. We do not intend to provide further updates until there is a definitive outcome to our discussions.

CNBC has learned a little more about this matter. They reported this evening that Microsoft will keep working with the U.S. Governement on a deal that it intends to conclude by September 15.

For Microsoft it's a win-win. If it were to complete the deal, Microsoft could simultaneously resolve a recent controversy in Washington and gain power in consumer technology. Microsoft postponed their next-gen dual display smartphone and tablet until late 2021 due to COVID-19. Launching next year with a hot social media app like TikTok could be one of the killer apps to win the market over.

“This new structure would build on the experience TikTok users currently love, while adding world-class security, privacy, and digital safety protections,” Microsoft said. “The operating model for the service would be built to ensure transparency to users as well as appropriate security oversight by governments in these countries.”

Trump agreed to give ByteDance 45 days to cut a deal with Microsoft over TikTok, Reuters reported on Sunday, citing unnamed sources.

While Microsoft's deal for Tik Tok could complicate their long standing relationship with Facebook, the deal is a gift that they can't pass on. It's software that could also eventually work in with Xbox and services. More importantly, it would give Microsoft 80 million users. In 2020 Xbox live had 90 million users. So TikTok would help to double their base into a key demographic.

Whether Microsoft would keep TikTok on iOS is unknown at this time. Though Microsoft generally has a strong presence on Apple hardware and should maintain its current status with TikTok.