Home Archives Contact Us Subscribe Twitter MeWe Facebook Patently Mobile
In Q2-20 more than half of the Smartphones sold in Canada were iPhones, with the iPhone 11 coming out on Top
Apple continues their work on a Next-Gen Customizable MacBook Trackpad referred to as a "Dynamic Input Surface"

With Microsoft announcing that their new dual display Surface smartphone is now available for preorder and officially launching on September 10, Apple fans want to know when Apple is going to release their new products, especially the new iPhone 12.

Late yesterday, rumor personality Jon Prosser, with a good track record on product release dates, has made a series of predictions for Apple's new products as noted in the graphic below. 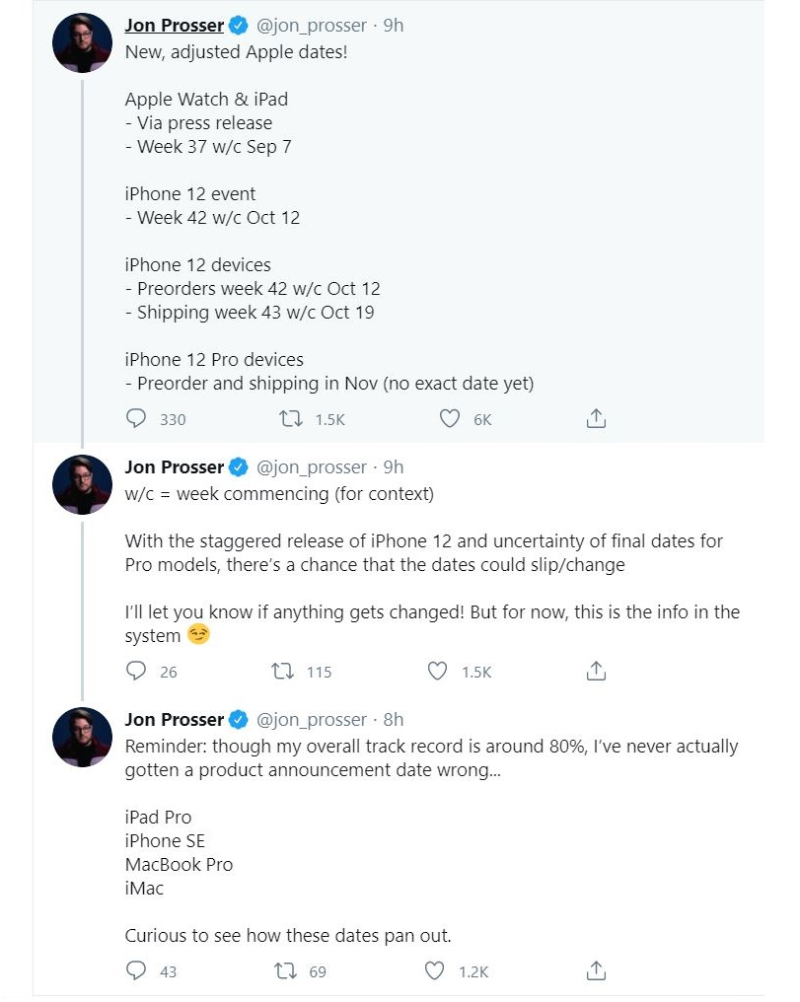 To date Prosser claims that he's never been wrong on a product release date, so his credibility is on the line this time, considering how important the iPhone 12 is to Apple fans. Tick-Tock, time will tell.