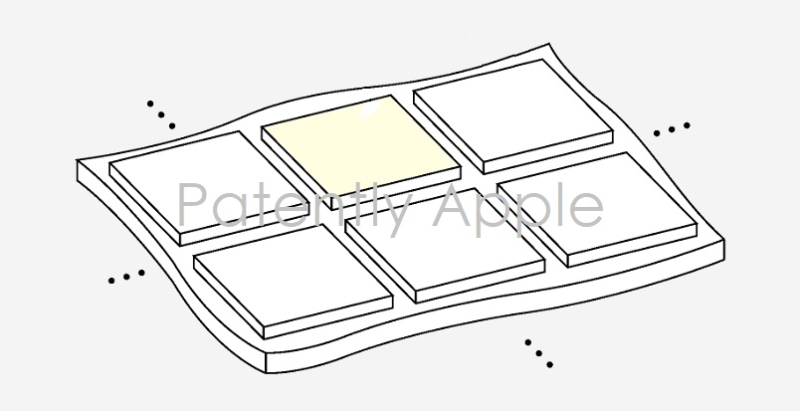 Yesterday the U.S. Patent and Trademark Office officially published a series of 77 newly granted patents for Apple Inc. In this particular report we cover two patents. The first covers a possible future keyboard supporting gesture ready keys. The second patent covers devices with concave displays. While it was considered a possible candidate for a future iPhone, I think that time has passed. Apple may, however, repurpose their invention for another type of device. Apple was granted two design patents yesterday and as always, we wrap up this week's granted patent report with our traditional listing of the remaining granted patents that were issued to Apple today.

Apple has been working on future keyboards with touch sensors built-into the keys allowing users to perform gestures such as scroll, move an on-screen cursor, form multitouch gestures like pinch-to-zoom and others right on the keys. 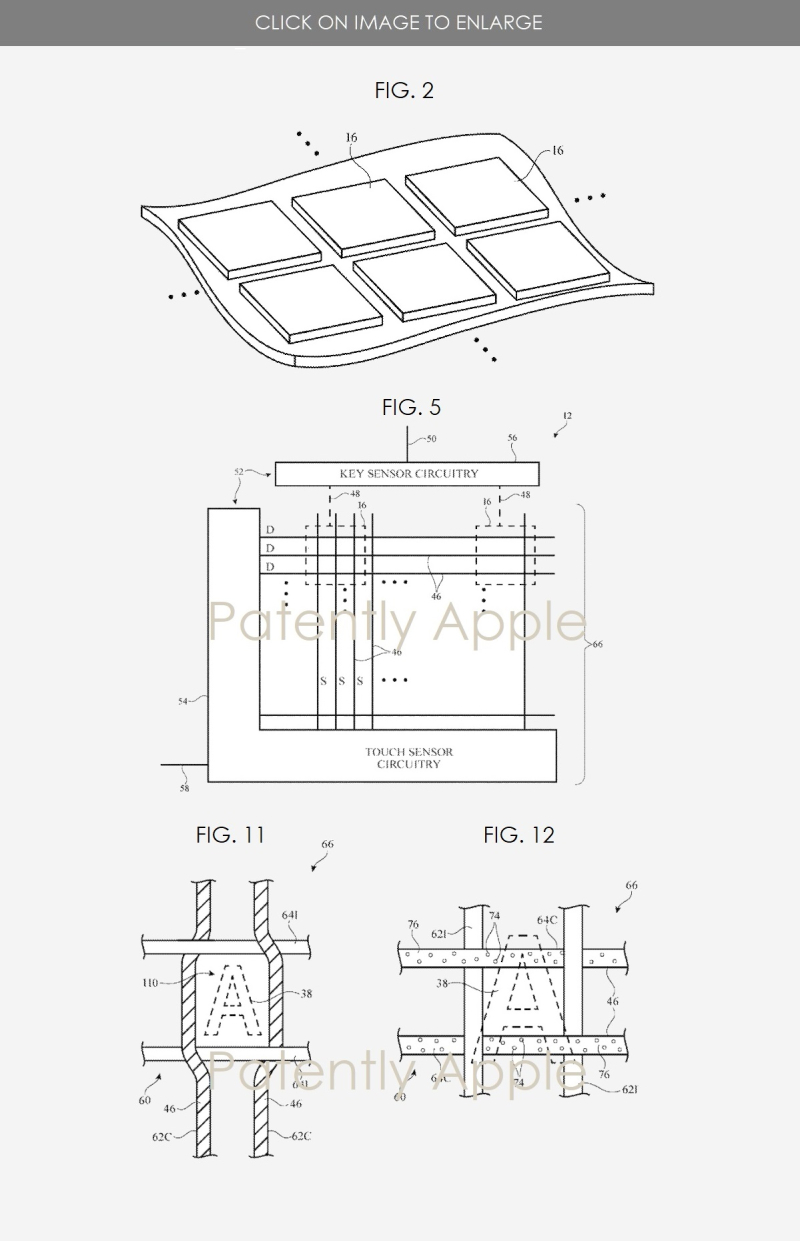 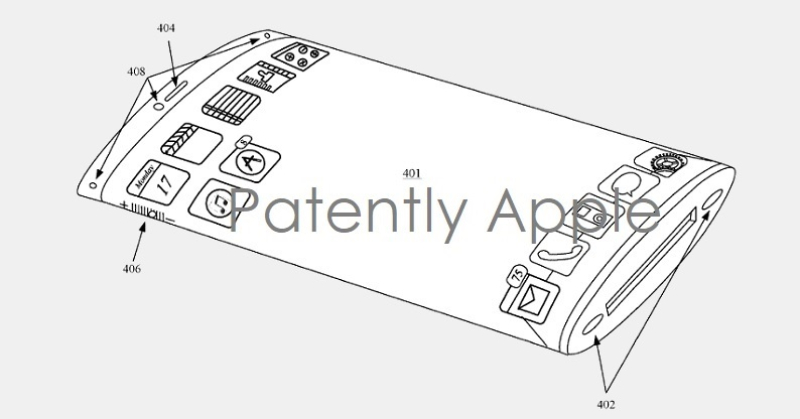 Apple's patent for devices with convex displays originated with a filing back in 2011. Yesterday Apple was granted their fourth patent for this invention under number 10,735,569. Our report in late 2019 detailed the latest meaningful updates including facial recognition being added to the invention.

While the concept of components fitting within a sealed device offering concave wraparound display design may one day surface, it seems to me that such a design for an iPhone has long passed.

Apple's granted patent does, however, list other future possibilities beyond an iPhone such as "a wrist-watch device, a pendant device, or other wearable or miniature device, or a media player. The media player was tried in Apple's 2008 & 2009 iPod nano design as presented below with a concave design. 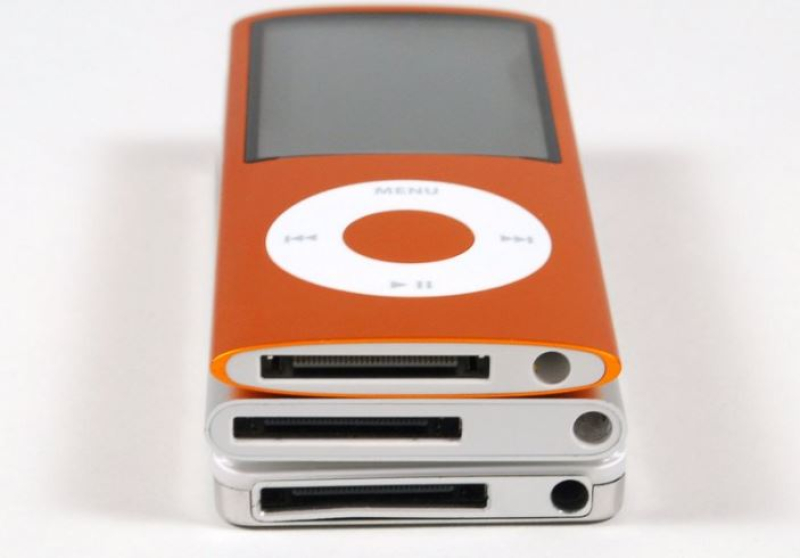 Because Apple keeps updating this patent and even adding the use of Face ID to it, they likely have something in mind for the future using this concave concept. Though I just don't see it for an iPhone any longer as their patent figure suggests. 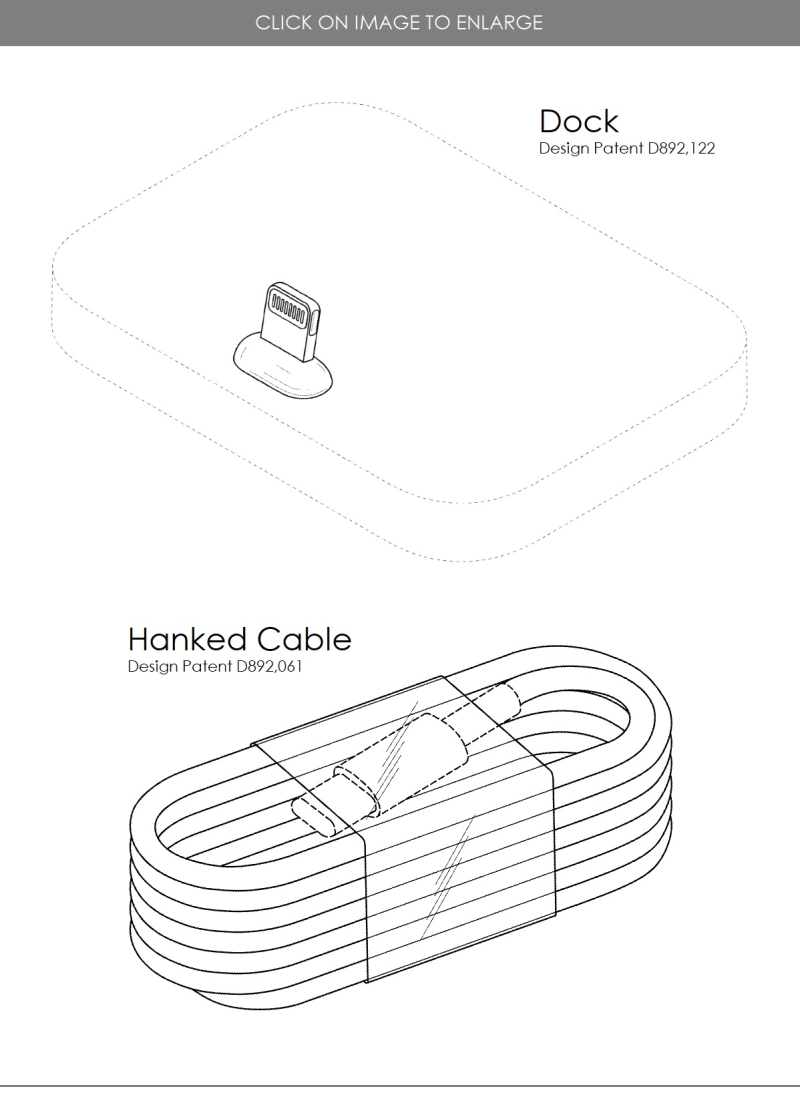 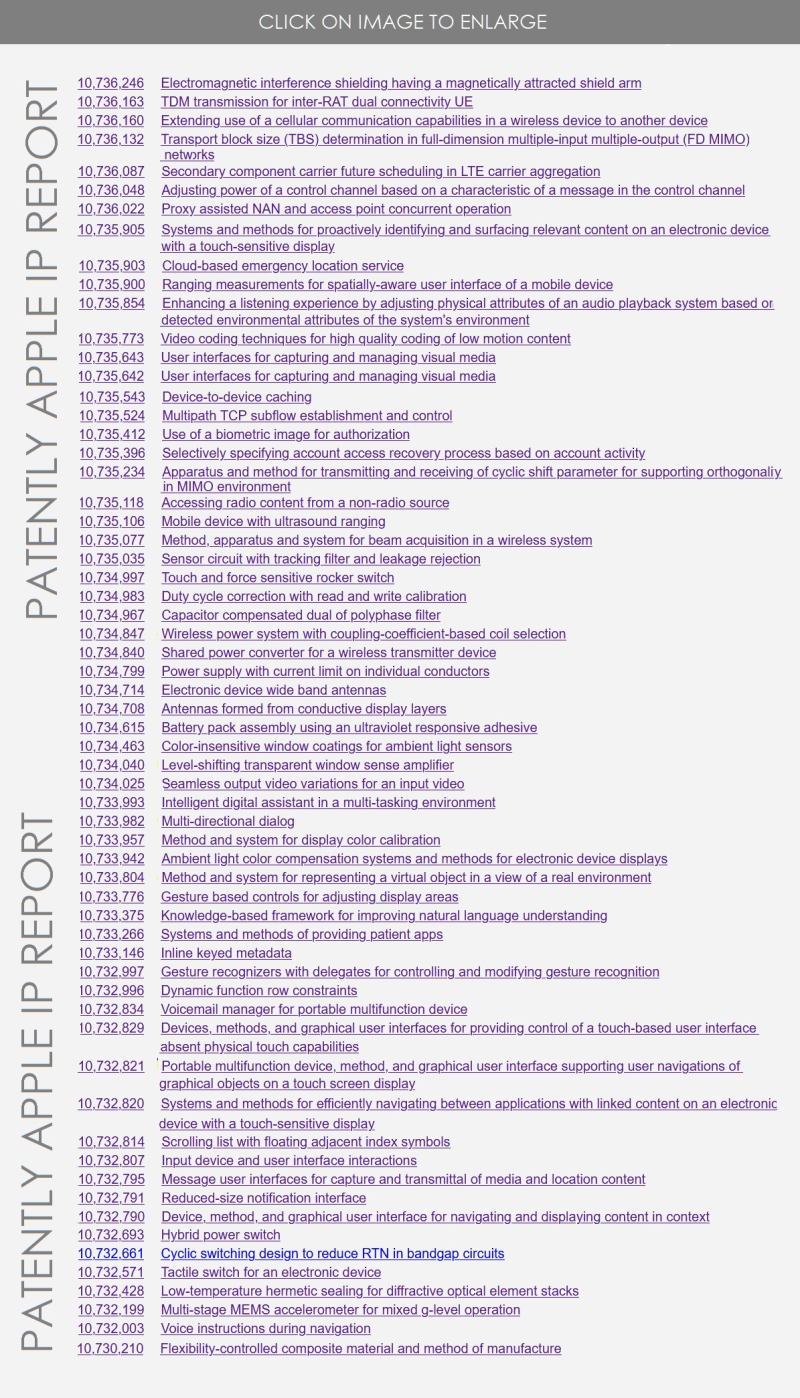 NOTICE: Our patent reports this morning were meant to be published yesterday. Our blogging service had an issue with graphics which caused the delay in posting the last two patent reports.