For Apple, Ultra-Wideband (UWB) is used in the Apple-NXP Car Keys feature to unlock BMW car doors. Neil Shah, an analyst at Counterpoint Research believes UWB that Apple could use in future financial transactions with other devices such as ATMs, point-of-sale terminals and more.

It's very possible that UWB will be used in iPhones that provide an indoor navigation feature for malls and airports. It will also be used with smart home and future office door systems beyond vehicle doors.

Below is chart from a UWB Consortium that presents an overview of where UWB could be used in the future that includes AR and VR Gaming; Gesture-based control; Presence activation of devices; social distancing measuring; Patient tracking; indoor parking systems and more. Just click on the image below to enlarge the graphic.

While the patent filing covers all of the possible antennas that could be used in an iPhone, at the heart of the patent they describe the use of new doublet antenna structures supporting UWB that could be set into the sides of the device hidden behind various materials including glass of the iPhone 11. Apple's patent is focused on the technology of antennas and doublet antennas specifically and doesn't discuss future consumer applications.

Apple's patent FIG. 1 below presents an iPhone and FIG. 9 an iPad where doublet antennas could be located on each side of these devices. This may allow the doublets of antennas to collectively cover all angles around device creating a full sphere around the devices. 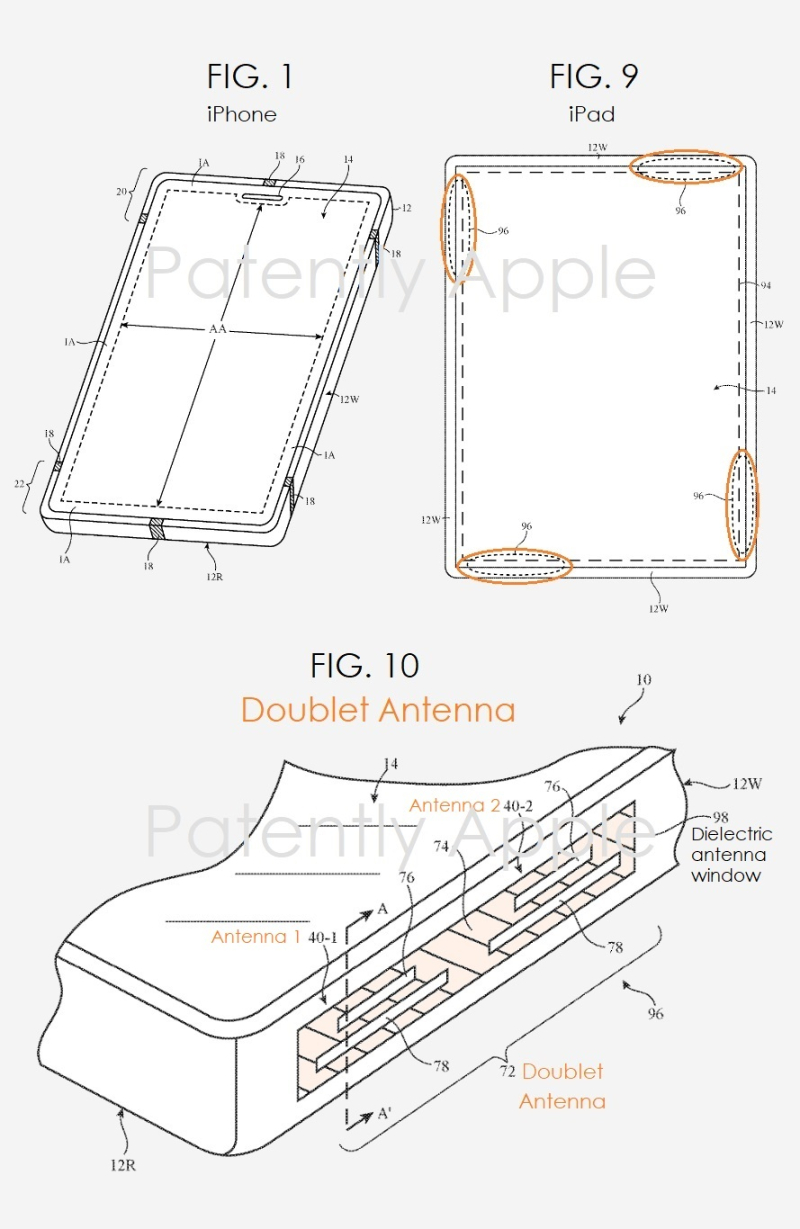