Home Archives Contact Us Subscribe Twitter MeWe Facebook Patently Mobile
As Microsoft's Xbox Team announces a Partnership with Samsung, their Project xCloud on iOS abruptly Ends
Apple Advances the iPhone's Dot Projector that could be used in both near and Far Field Distances 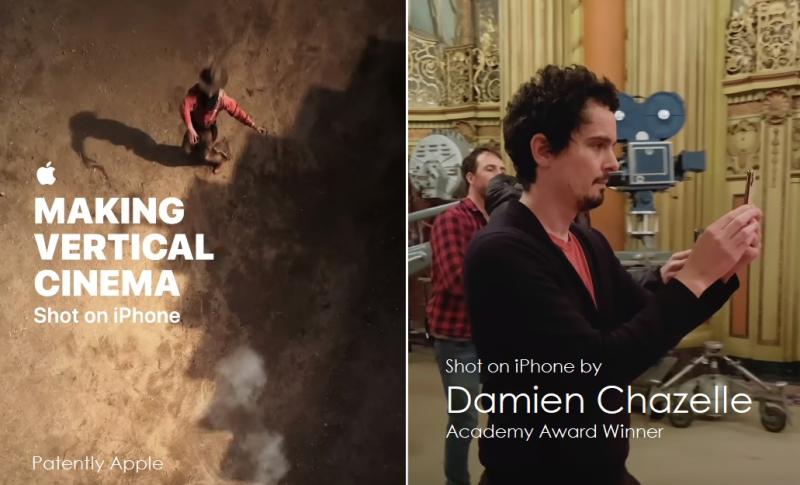 Apple has release two new Shot on iPhone videos focused on "Making Vertical Cinema" that in total is presented in 14 minutes of video. If you're interest in cinema, then Apple's dual videos are really a visual treat.

In the first video we're taken on a journey through cinema history is reimagined for the vertical screen in Damien Chazelle’s “The Stunt Double,” a short film Shot on iPhone 11 Pro. Watch as classic genres are flipped on their side, from action movies to silent films, spy flicks to westerns, reframing and modernizing the movie magic we know and love.

Take a look behind the scenes as we explore how to create your own cinematic look and feel, learn a few tricks for the wide angle lens, and find out how to compose shots for the vertical screen—all featuring insights from Academy Award® winning DP Linus Sandgren, BAFTA® winning production designer Shane Valentino, critically-acclaimed costume designer April Napier, and more.

Chazelle has been working with Apple/Apple TV+ for some time. Back in January 2018 Patently Apple posted a report titled "Apple Scoops up the Rights to a TV Project from Damien Chazelle, Oscar Winning Writer/Director of La La Land." 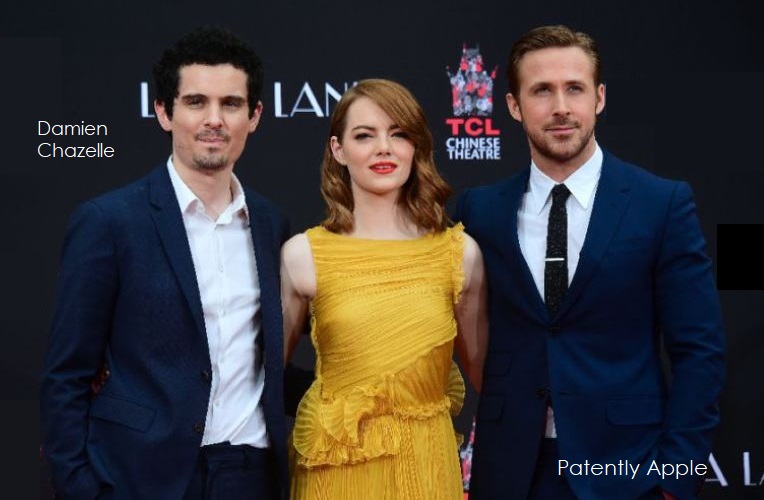