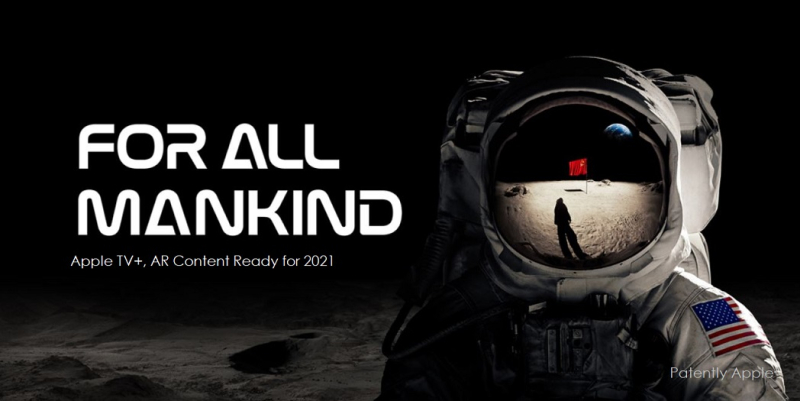 Apple is reportedly gearing up to introduce AR Content for Apple TV+ shows to debut in 2021, according to a rumor by Bloomberg today.  It's designed to attract new Apple TV+ subscribers and keep their current customers interested in a new technology that will play a bigger role in applications and hardware in the coming years.

It's clear at this point in time that Apple is preparing to bring both a mixed reality headset (HMD) and AR Glasses to market in the next year or two. Preparing AR content now for Apple TV+ is one way that Apple use to promote the new technology and excite Apple TV+ subscribers. Apple will be adding LiDAR 3D scanners to more iPhones and iPads this year which will support more AR applications and eventually AR content for Apple TV+ shows like 'For all Mankind,' according to Bloomberg's Mark Gurman.

Apple has been expanding their acquisitions of AR companies over the past year with their latest being a young AR company "Spaces," that we reported on yesterday. The  company has an interesting new videoconferencing app using avatars. Last week it was made public that Apple acquired the Israeli company called 'Camerai' that could assist Apple developers in creating simple AR effects in their apps.

The Bloomberg further noted that in the new feature, elements of a TV show, like characters or objects, would be displayed on a viewer’s iPhone or iPad and integrated into the surrounding environment.

For example, someone watching a moon-walking scene in the Apple show "For All Mankind" might be able to see a virtual lunar rover on their device’s display, seemingly perched atop their living room coffee table. The option would serve as bonus content akin to the director commentary or trailer that accompany a movie download and would be accessed from Apple’s TV app on the iPhone or iPad.

The AR feature is expected to debut next year, ahead of an Apple's or HMD in 2022 that will be built around augmented and virtual reality. A release of the TV+ feature had previously been set for later this year, but the effects of the coronavirus pandemic on software development and film production impeded that goal.

The AR feature for TV+ would give Apple more content to show off on both of their future AR devices.

As with most Bloomberg rumors, they note that "Apple could ultimately decide to scrap the plan" for the Apple TV+ service. For more on this, read the full Bloomberg report.