Home Archives Contact Us Subscribe Twitter MeWe Facebook Patently Mobile
ByteDance agrees to Divest their U.S. Operations of TikTok Completely as Twists and Turns in this story continue to emerge
Die Hard Android Techies Lament the Passing of 'Dark Sky' on their Devices that was made Official Yesterday 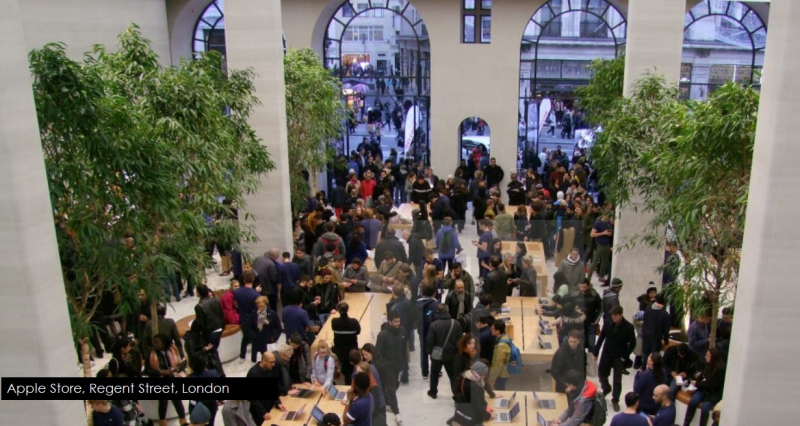 Our cover graphic illustrates the Regent Street Apple Store in London on a typical weekend packed with customers. Today that would be considered over-crowding. With Apple stores now taking a visitor's temperature, demanding face coverings be worn in the stores, limiting store occupancy, enforcing social distancing, the dynamics and fun of being at an Apple Store has understandably changed.

On June 26, Microsoft announced in a press release that their physical brick and mortar retails stores were closing for good. That's likely to come back to haunt them in the future.

That would be an inconceivable move by Apple. However, due to COVID-19, stores were forced to close for a long period of time and have reopened with shortened hours and multiple restrictions. Apple fans in the UK could check out the hours of their local store here. 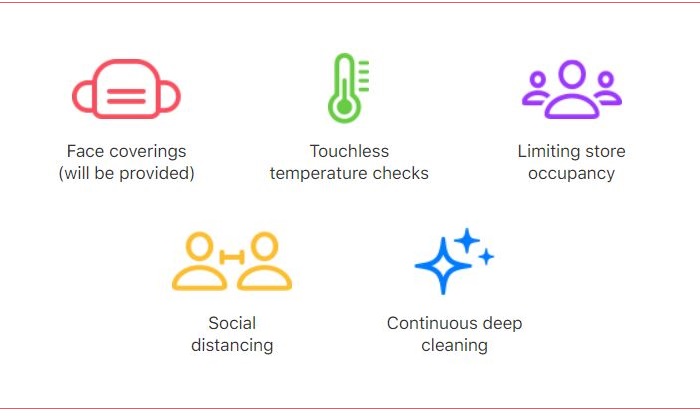 Apple is unhappy with their landlords in the UK for not assisting them at this time. Apple kept paying their huge rents even when forced to close. It's being reported today in the UK that Apple "has told landlords of a portion of its 38-store estate in the UK that it wants rents slashed by up to 50% and a rent-free period. In return, it has offered to extend leases by a few years.

The tough tactics have caused consternation among property owners. Despite all its stores being forced to close as the pandemic swept around the world, Apple reported a record breaking quarter. Though sales could have been much higher if their stores were weren't closed or forced to abide by new COVID-19 restrictions that severely limited foot traffic. So it's a little baffling to learn of the landlords "consternation."

Apple is simply seeking to bring its rents into line with other retailers, many of which are benefiting from cut-price deals as landlords struggle to keep their shopping centers occupied.

Apple Stores are among the most profitable in the industry and their popularity means that landlords are desperate to keep the Silicon Valley titan as a tenant. Apple brings more traffic to other stores in any given location because of their popularity.

The company’s proposals are understood to relate to stores with several years left to run on their leases, meaning that landlords are not yet obliged to make a decision." Yet if UK landlords play hardball, Apple is likely to look for other locations to open stores and those landlords will lose Apple as a client.

With COVID-19 causing havoc around the world  with no real end in sight until vaccines are made readily available, retailers need substantial relief. Landlords who are taking advantage of this situation will pay a steep price when more and more stores go bankrupt and focus more on their online presence like Microsoft has done.

While Apple has invested too much money on restoration on some of Apple's Flagship stores to simply close as a result of a dispute, all of their mall-styled stores are vulnerable to closure should Apple not be granted concessions.