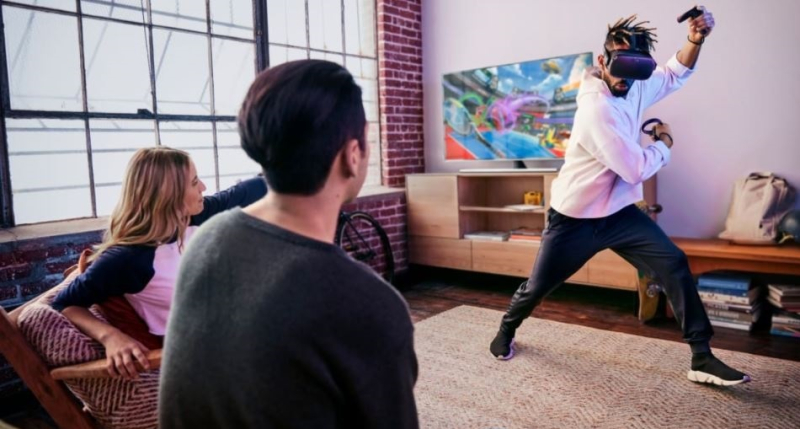 On Thursday the US Patent & Trademark Office published a patent application from Apple that relates to techniques for alerting a user, who is immersed in a virtual reality environment, to physical obstacles in their physical environment that are in their way and could cause an injury. 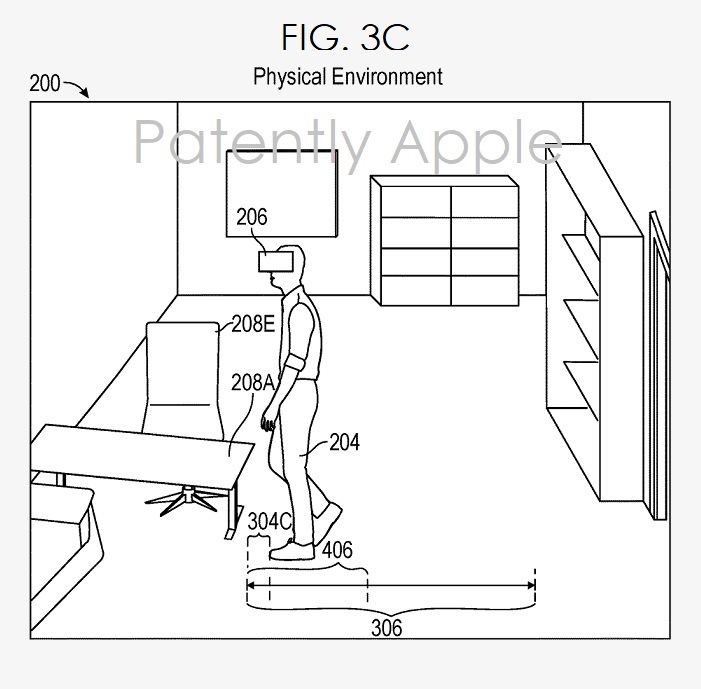 The visual effect corresponds to the distance associated with the physical object and includes, for example, one or more virtual objects. In some examples, the visual effect has the appearance of a glass pane, to represent a nearby physical wall with which the user might collide if the user continues to move forward.

For example, using a plurality of cameras (e.g., digital cameras, infrared cameras), the HMD could determine a distance between the device and one or more physical objects in physical environment like your living room.

As one example, the distance is determined based on the discrepancies of the 3D perception captured by two or more cameras of the HMD. As another example, a depth sensor (e.g., a 3D time-of-flight sensor) is used to estimate the distance between each of the physical objects in physical environment and the HMD. A depth sensor may be, for example, be a LiDAR sensor.

Apple's patent application 20200258278 That was published today by the U.S. Patent Office was filed back in  March 2020. Considering that this is a patent application, the timing of such a product to market is unknown at this time.

For the record, this is an odd patent in that it is recorded as having been allowed to expire in 2017 and then again in 2018 according the U.S. Patent "Public Patent Application Information Retrieval" tool. This certainly doesn't sound like something Apple would do two years in a row.

Further, one of the inventors, Duncan McRoberts, works in VR gaming, but no association with Apple. Another of the inventors (Mirhosseini) has published several papers on VR, with one titled "Exploration of Large Omnidirectional Images in Immersive Environment," but there's absolutely no connection to Apple. A third inventor, Avi Bar-Zeev, was briefly at Apple though left the company in January 2019. The latest patent filing was made on March 27, 2020 or 14 months after Bar-Zeev left Apple.

Lastly, the patent uses different lingo not commonly used within an Apple patent, such as "Simulated Reality."

Of course, whether Apple acquired it or not, doesn't take away from the fact that it would be a good to have such a feature available in Apple's future VR HMD. Some users/gamers could get quite carried away swinging their arms to and fro as they get into the game's action. A safety feature to protect those types of gamers wouldn't hurt.