Home Archives Contact Us Subscribe Twitter MeWe Facebook Patently Mobile
Microsoft Confirms that a Deal for TikTok should be Completed by September 15
In 2015 the High Court in Beijing ruled that Apple's Siri didn't Infringe Shanghai Zhizhen's Patent. So why is this case back in the news? 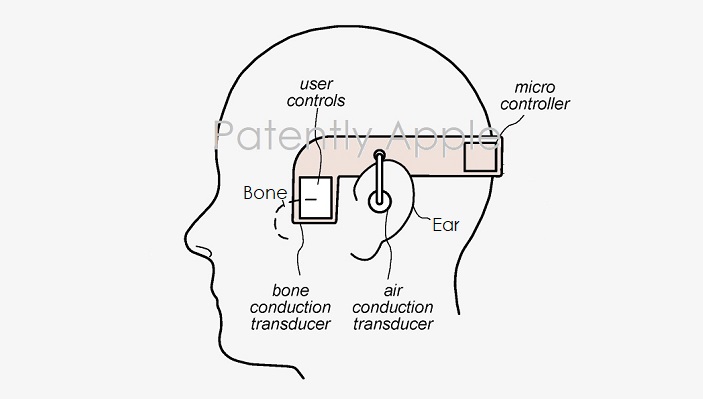 The U.S. Patent and Trademark Office granted Apple a patent last week covering audio communication systems using air-conduction transducer and a bone-conduction transducer. The audio system using this methodology isn't attempting to compete with Apple's AirPods/AirPods Pro. So why is Apple inventing such a lower-grade audio system using bone-conduction? Apple reveals that the system is to be used with their future AR Glasses.

Drilling down even further Apple reveals "In some embodiments, the audio signal source may be part of the headset. For example, the headset may comprise a wearable computing device such as a pair of augmented reality or virtual reality glasses capable of generating audio." Is that clear enough?

The key is AR glasses and not the typical gaming style headset where Apple has shown could be designed to use advanced headphones that are magnetically attachable to an HMD as illustrated in that patent here.

As shown, the apparatus #100 of patent FIG. 1 below, may comprise a headset that is designed to be worn on the head of a user. However, Apple notes that "the inventive concepts disclosed herein may be implemented in articles or devices other than a monolithic headset. For example, in some embodiments, the air-conduction transducer and the bone-conduction transducer may be two separate pieces." 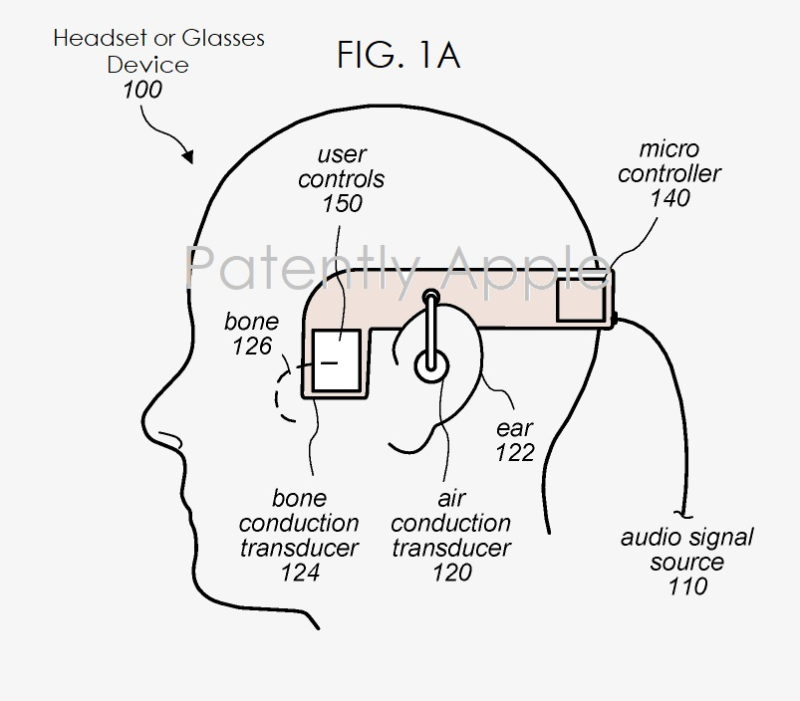 As another example, the headset may comprise a peripheral device that is controllable by another computing device proximal to the user, such as the user's smartphone.

Later in the patent filing Apple states that "In some cases, the headset may include a pair of viewing glasses capable of displaying a video to the user or augmenting the visual perceptions of the user."

The headset may also include a microphone that is capable of capturing voice commands spoken by the user, such as interacting with a user's iPhone for calls – and technically FaceTime with the user being able to see the caller on the inside of the AR Glasses.

The audio system isn't trying to compete with AirPods Pro for quality. They're designed to simply be a basic audio system so that users could drive their car and not drown out noises that are important to be aware of like an EMI vehicle's siren or the honk of a car warning you that you're entering their lane dangerously and so forth.

Apple's patent notes that "In some embodiments, air-conduction transducers may be configured such that they do not substantially block the opening to the ear canal so that the ear can continue to receive external sound from the user's surroundings."

Beyond video and audio content for these AR Glasses, Apple foresees that those needing to use hearing aids will have benefits from Apple's invention.

For those wanting to drill down into audio specifics of the invention can do so by reviewing Apple's granted patent 10,728,649 here.

Although the patent only lists a single Apple Engineer, it just happens to be Apple's famed Audio Director, inventor of Lucasfilm THX Sound, Tomlinson Holman. His last contribution was the audio sound system for Apple's Amphitheater in the new Apple Store in Milan. 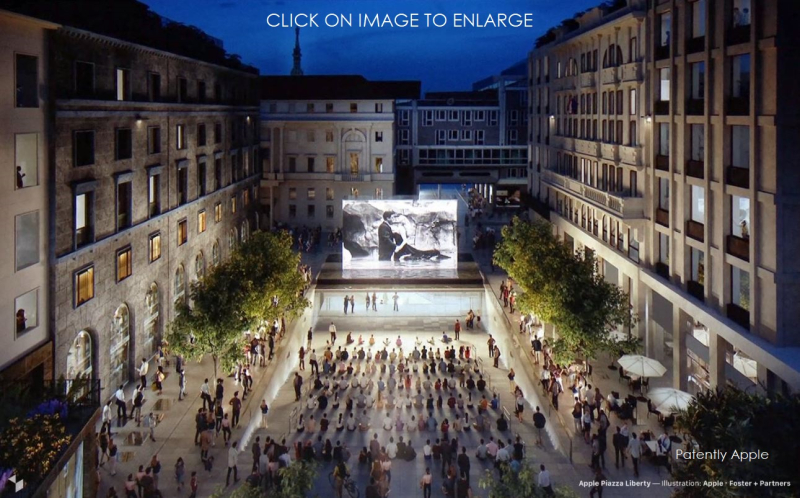 Apple's granted patent was originally filed in Q2 2018 and published last week by the US Patent and Trademark Office.

In order to hide the AR glasses angle of the invention from those rushing to read the patent, Apple uniquely illustrated the old-style of headset using bone-conduction like the unit from Trekz Titanium.

Although this patent was covered by another Apple news site last week, their report completely missed the key aspect of the patent being designed to work with AR glasses.