Home Archives Contact Us Subscribe Twitter MeWe Facebook Patently Mobile
U.S. District Judge Temporarily Splits the Rulings in the Apple-Epic Games Battle over the App Store and Unreal Engine
Rumor: Apple will open their Indian Online Store Next Month & Bangalore has been chosen as the location for their second Retail Store

Apple has reportedly acquired a VR videoconferencing company 'Spaces.' The company describes themselves as "a bridge between a VR world and Zoom, Skype, Hangouts and more." The founders of the company, Shiraz Akmal & Brad Herman state on their site: "This app was born during this worldwide pandemic where many of us are staying home, social distancing and trying to do our part in the fight against Covid-19.  We hope you love this and it helps you connect with people at work, school and your friends and families."

Below are two promo-videos of the company's products. Apple will probably have the videos pulled later today or the next few days, so be sure to check them out now.

The following message was found on the Spaces website site this morning. 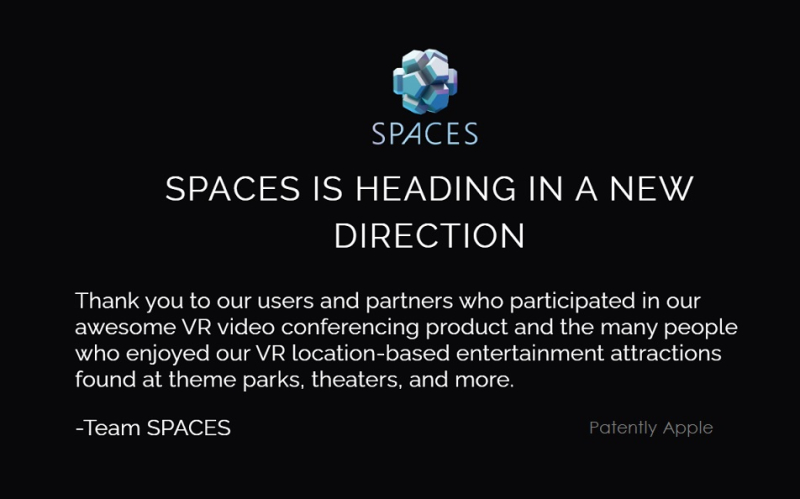 The CEO and Co-Founder of Spaces was Head of Business & Product Development at DreamLab / DreamWorks Animation that Specifically included VR and Mixed Reality. He left in 2016.

Brad Herman was CTO & Co-Founder of Spaces. Herman was Founder, VR & Oculus Rift and mobile iOS & Android Developer. He worked there for 9 years. Previous to that Herman worked as the "Head of DreamLab."

The two Founders are listed on five U.S. Patents as presented to you below. Two of them show their names on DreamWorks Animation patents