Home Archives Contact Us Subscribe Twitter MeWe Facebook Patently Mobile
At the Moment, the Executive Order Banning TikTok and WeChat in the U.S. App Store shouldn't be an issue for Apple
Shame on Apple Legal for Tarnishing the Company's "Good Guy" Image by being a Heartless Bully in opposing the logo of a small business 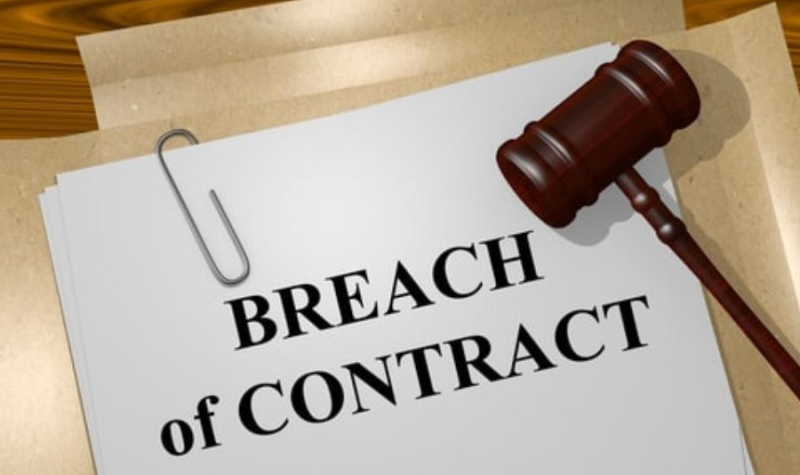 On July 23, Patently Apple posted a legal report titled "Koss, an American Pioneer in Headphones, has filed a Five-Count Patent Infringement Lawsuit against Apple." On Friday Apple filed a six-count countersuit against Koss Corporation for breach of contract and declaratory judgement of non-infringement. This is truly an interesting case worth reading as Apple takes a sledgehammer to the patent infringement case filed by Koss.

The six counts Apple filed with the court are formally presented as follows:

Count 1: Breach of Contract (Paragraph 5 of the Confidentiality Agreement)

Nature of the Complaint

On July 22, 2020, Koss filed a patent infringement action against Apple in the United States District Court for the Western District of Texas. In Apple's filing under the "Nature of the Complaint" they state the following in full:

Apple's Koss’ Texas Complaint (a) is barred by, and is a breach of, a 2017 Confidentiality Agreement that the parties entered at Koss’ insistence, and (b) asserts baseless claims of patent infringement. This Complaint seeks relief for Apple on each of these grounds.

According to the terms of the Confidentiality Agreement, while the agreement was in force, Apple could not advise a Court of Koss’ threats to file baseless infringement claims or ask a Court to declare Apple’s rights and resolve the legal uncertainty it faced.  The Confidentiality Agreement also restricted how Apple could disclose and use the existence and contents of the discussions. But the agreement also protected Apple—Koss was not permitted to later use the fact that Apple had agreed to a discussion with Koss, or the contents of the discussion, against Apple in litigation.

In other words, having enticed Apple to participate in discussions, reveal information, and forego some of its legal options, Koss could not use Apple’s participation against it as a "gotcha" to bring claims in a later litigation. That, however, is exactly what Koss did.

After securing Apple’s assent to the Confidentiality Agreement, Koss filed the Texas Complaint, which revealed and described the parties’ discussions, and included multiple different claims that relied on the very discussions Koss had agreed not to use in litigation. For example, Koss alleged in the Texas Complaint that it had “informed Apple that it was infringing” one of its patents on September 7, 2017, and that, “over the following two and a half years, Koss and its representatives met with Apple a total of four times in Apple’s California offices” to discuss claim charts and infringement allegations.

Koss’ willful violation of the Confidentiality Agreement must be addressed immediately. Koss has shown that it will not abide by the agreement and is willing to violate its express terms without any regard for its contractual obligations or for the harm inflicted on Apple. Unless enjoined, Koss is likely to continue impermissibly breaching the Confidentiality Agreement.

Although Koss has sued Apple in Texas, it had no legal right to do so—the claims it brought are squarely foreclosed by the Confidentiality Agreement. But the filing of Koss’ Texas Complaint, and the allegations in it, make clear that Koss has a long history of threatening Apple with alleged violations of its patent rights, and that it has no intention of stopping any time soon. Koss’ infringement allegations are baseless: as Koss knows from the very confidential discussions it has impermissibly used and disclosed, Apple does not infringe any of Koss’ asserted claims. To finally put Koss’ litany of infringement threats to rest, therefore, in addition to seeking to enjoin Koss from its continuing breach of the Confidentiality Agreement, Apple seeks a declaratory judgment of non-infringement.

The appropriate venue for this dispute is California. As Koss noted in its Texas Complaint, Koss and Apple met several times in this District, where Apple is headquartered, and the allegedly infringing products are designed and developed by Apple engineers working in or near Apple’s Cupertino, California, headquarters."

All emphasis presented in the complaint above were made by Patently Apple to highlight key points and were not a part of the formal complaint.

This is a fascinating lawsuit and you could learn more about it by reading the full complaint found in the SCRIBD document provided below, courtesy of Patently Apple. 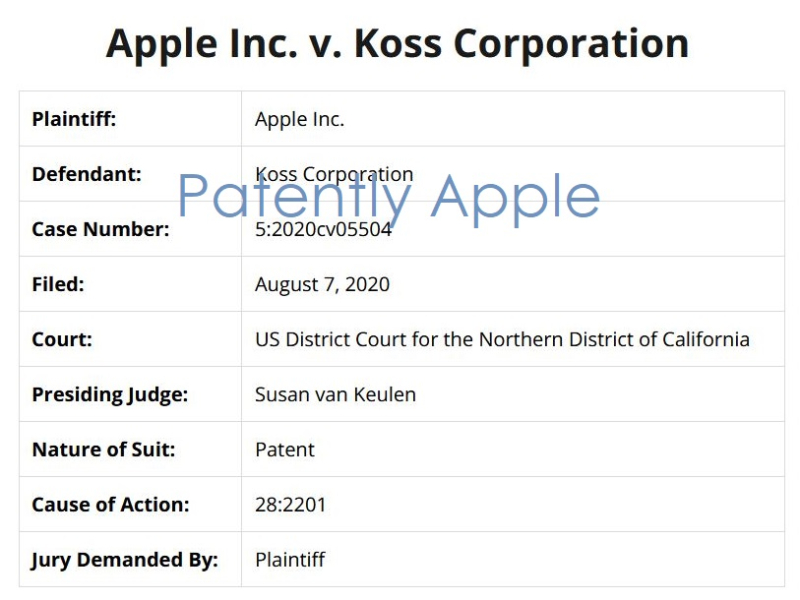