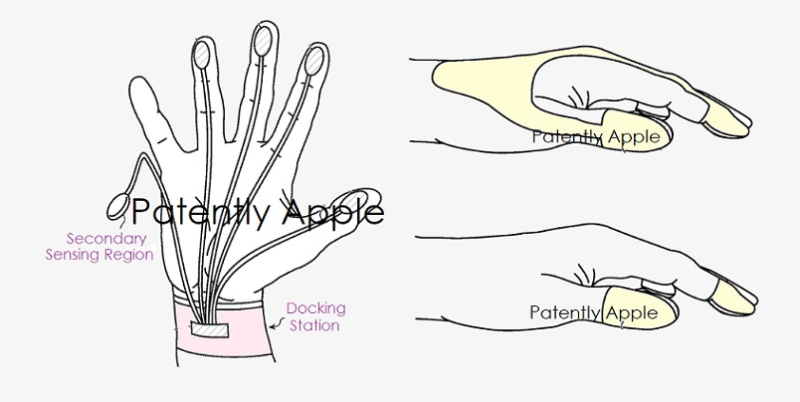 Today the US Patent & Trademark Office published a continuation patent from Apple that describes systems, devices, and techniques related to wearable user input devices, such as a glove, patch, thimble, partial hand covering, glasses, clothing, and/or other wearable items attachable to a user. In some instances, what you see in our cover graphic is what's actually inside VR gloves and not necessarily standalone devices. 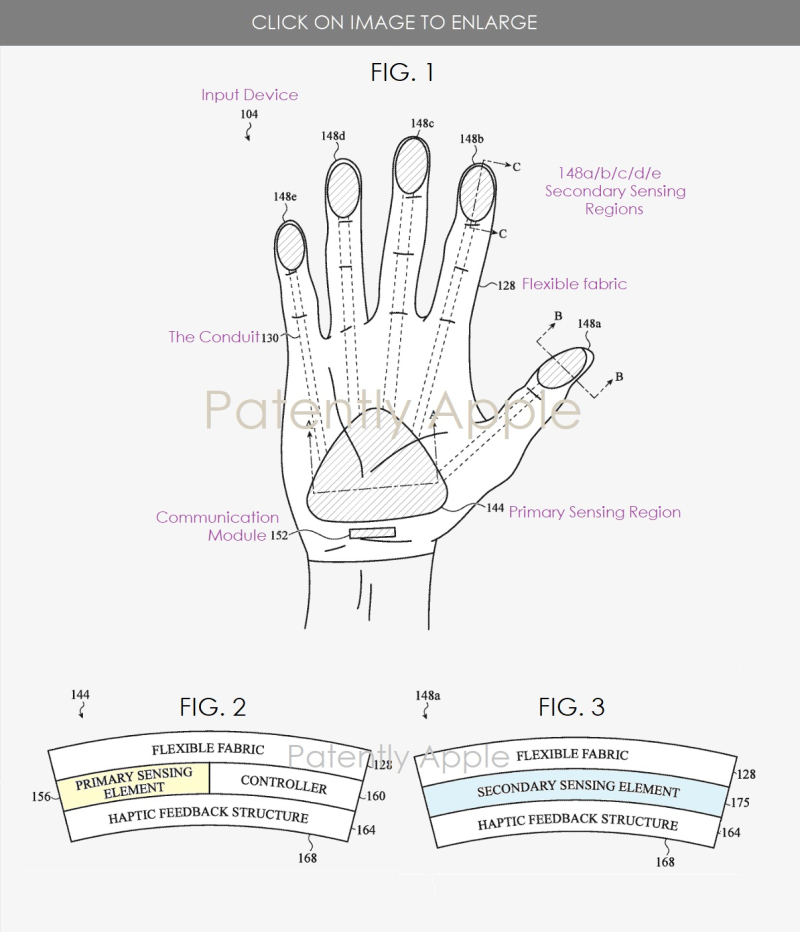 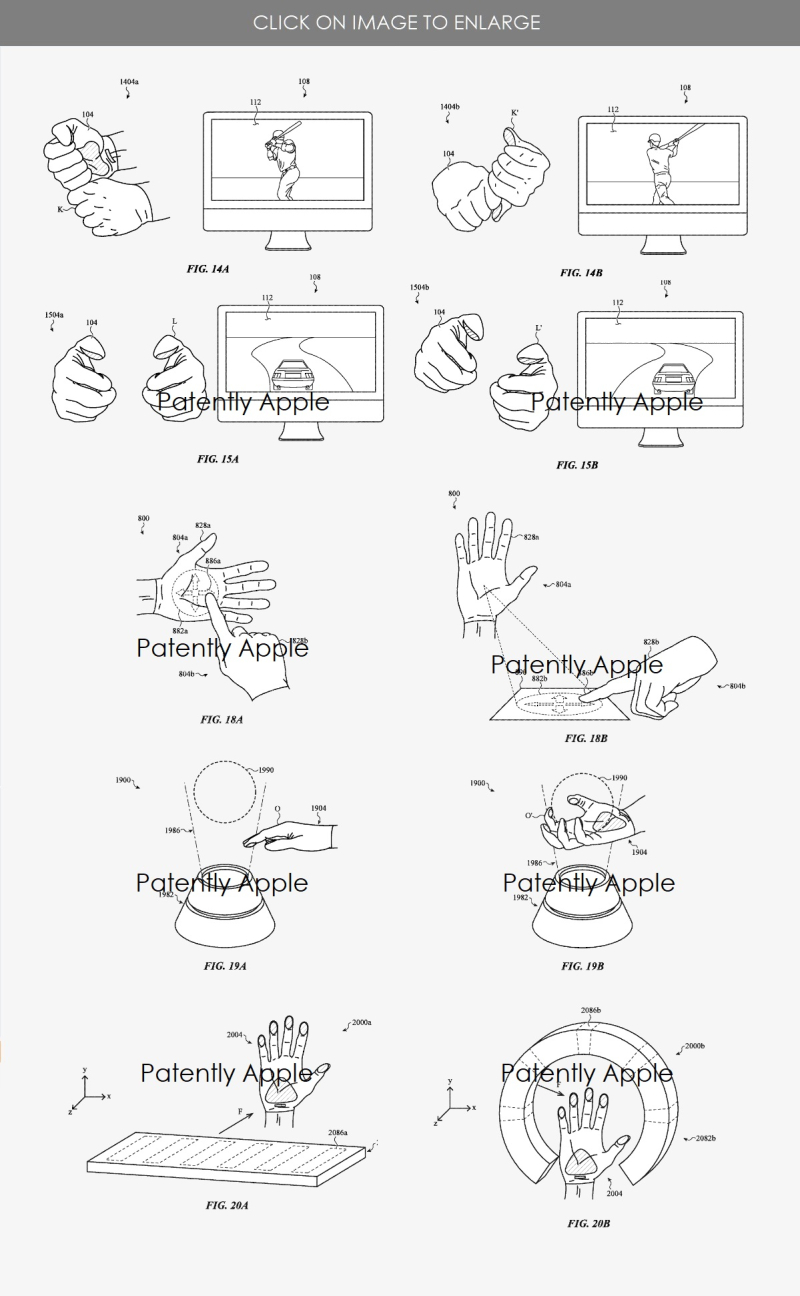 So, what's changed in today's continuation patent? Apple has added a whole tier of patent claims relating to motion sensors added to the gloves.

It's always a healthy sign when Apple's engineering and legal teams update a patent via a continuation patent as it goes to show that the patent is being advanced and protected for future use.

We know that Apple is working on both AR glasses and a mixed reality HMD. In order to play games, Apple will need to make accessories available so as to allow a user to interact with various virtual environments. VR gloves is one of a few input devices options being considered.

In May Patently Apple posted a patent report covering this patent titled "Apple Wins Major Patent for Next-Gen Input Gloves, Thimbles, Glasses & other Wearable Attachments for VR+." For more details of this invention, check out our previous report on this here.